The Future World Champion himself: "Too many bad decisions today, got what I deserved in the end."
Mark Crowther: "Wang Hao says most of the time the ending against Carlsen was completely drawn."
Jonathan Rowson: "Remarkable to see same seemingly drawn rook ending, won both times at 2700+ level within 2 weeks."
Harikrishna: "Rook and pawn endgames are tough even for World no.1 !!"

Although, to be fair, Baburn does conclude that the rook ending, "offers the stronger side excellent winning chances" in Chess Today.

Was this carelessness after Magnus' unfortunate game with Ivanchuk at the Candidates'? Was it merely chance or a is a pattern emerging?

While we ponder that, today's post happens to include a reference to another botched rook ending by The Lad. On with the show .... 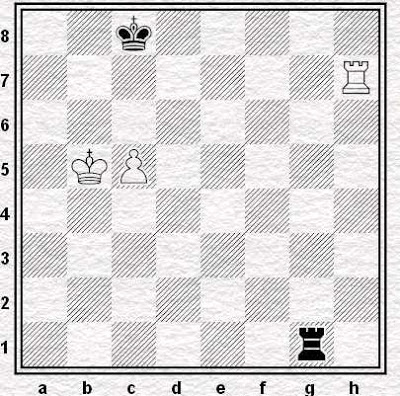 
Although it is fairly frequent, even masters go astray: in 1931 Capablanca won two games with it despite the fact that a "book" draw has been reached.

Examples of this 'draw' going pear-shaped are ten a penny. Still it's the Jose Raul ones that stick most in my mind. 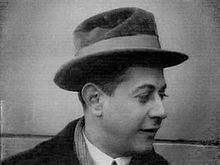 Winner of drawn endgames/wearer of rather spiffing hats


Despite the assistance of Angus and his admirably large database, I've only managed to track down one of those Capablanca games. 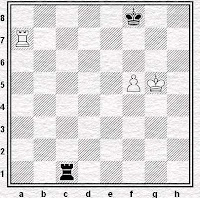 
Amongst the gazillions of other games we could add to the Cuban's we have Aronian - Carlsen, Moscow 2006, of course [SMA #17; Purposeful Shuffling; Ending 57] ... 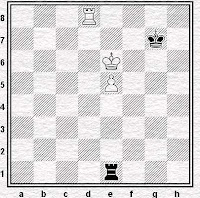 
... not to mention the century-old Burn - Spielmann, San Sebastian 1911 that has been cited in endgame books ever since, Fine's classic text included. 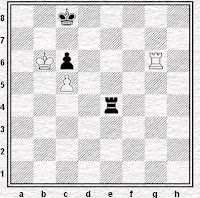 
100 years since Spielmann ballsed it up and still folk are getting it wrong. Even 2698-rated Norwegian F.W.Cs. It's not as if the correct defence is outrageously difficult either. Tricky if you don't know it, sure, but when it comes down to it all you've got to do is the one thing that everybody knows you should do in rook endings - get your rook behind the pawn. 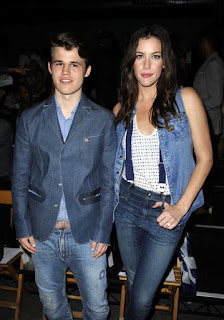 
So, from the position at the head of today's blog White goes 1 Kb6 (after 1 Kc6 Black has ... Rg6+: Lesson Number One) and Black just answers with  ... Rc1. White can threaten mate with 2 Kc6 which admittedly looks a bit scary at first sight, but in truth there's nothing to worry about after 2 ... Kb8! 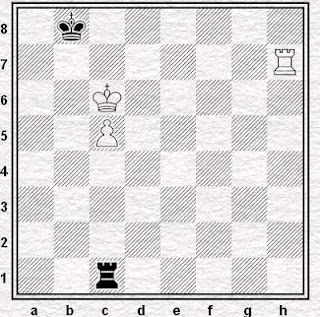 
Be careful Nalimoving this position. There are many draws, but, as we know they were not born equal. If we're running a tablebase while we play any one of them would be as good as the next . If we're not we need a plan. To wit:- 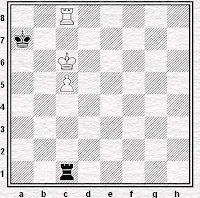 The tablebases don't think that this is a critical position at all. Black has a dozen legal moves and almost every one of them draws. Actually the only way to acquire a lost position at this point is to lose your rook or walk into an immediate mate.

This, though, is exactly the kind of position where a human will let things slip unless s/he has a specific plan in mind. Ours starts with 4 ... Rh1. 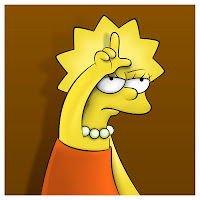 And that's all you need to know. It's a defence which amounts to


and it's one that goes wrong time and again. Proof positive, I suppose, that while the strategy might be very simple, it's not the sort of thing that you can find at the board if you don't already know it.

Mr Turover doesn't have an entry in the Oxford Companion to Chess and I don't know anything else about him other than this one game.  For this alone, though, he's worth remembering. Imagine how it would feel to have a simple theoretical draw against one of the greatest players in chess history ... and to throw it away.


Capa via wiki
FWC/model via this lot
Lisa via MysticAlpha
Posted by Jonathan B at 8:00 am

The position at move 52 looks and is drawn according to the tablebase. It's also R and f pawn v R. That didn't stop Capa winning at move 64.

Given even the best players struggle with rook and pawn endgames, is there any point even trying?

Mr Turover donated a brilliancy prize to - er - some US tournament. I remember reading about it.

@Roger: I did wonder about the Menchik game, but aside from the date I'm not sure it ever quite reaches a short-side defence type position. It's more of an Ending 57 debacle isn't it?

And as for Turover, thank you gentlemen but however generous he was with his cash the thing I like best about him is that he ballsed this one up.