My Light Shines On 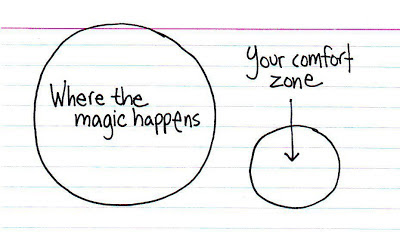 This popped up on Mrs LondonLeagueSecondTeamCaptain's facebook page last Saturday morning. Rather timely, I thought.  I was, after all, just about to head off to play in my very first Golders Green Open.

The GG u-170 had very much become my comfort zone. After a rather miserable start - in January's first round I contrived to lose to a nipper by simply leaving a pawn en prise (in an IFE too, for shame) - I have, entirely uncharacteristically, managed to put together some consistent results in 2013. I finished equal second in the first tournament of the year followed by equal third in February, equal second again in March and second place on my own in April.

In truth, that's a little misleading. With the possible of exception of February, I was never in any danger of actually winning the event and one or two of the games I ended up winning could easily have gone the other way. Nevertheless, ending up towards the top of the table had ceased to be a surprise and for the most part I got there by playing most of my games either against the highest-rated players in the section or those who'd scored the most points.

So, what to do next?

Carry on? Try to actually win the thing? Stay in a section where I was notching up four wins for every defeat?

There's nothing wrong with that sort of thing if that's what you want to do, it's just that it wasn't what I wanted to do. The longer this sequence of reasonable finishes went on, I thought, the harder it would be to give up. It seemed my grade might well get pushed over the cut-off point in the next list anyway. If I aspired to improve enough to move on up a section - which I did (and do) - making the jump sooner rather than later seemed preferable. Before I got too comfortable.

So I entered the Open. Previous winners: Peter Roberson (ECF 221), John Richardson (218) and Alex Cherniaev (241). Daunting, but it's where the magic happens, right? 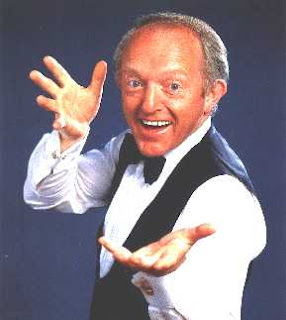 'Magic' turned out to be me getting my arse kicked.

By lunchtime I was on 0/3. As many in losses in one morning as in my previous 23 games at the tournament put together. For this I paid £20?

OK, I turned things around somewhat in the afternoon. Chessically speaking, though, in no way can the tournament be deemed a success. Still, getting walloped like that wasn't the end of the world and, taking a wider view I think it was actually worth doing.

Breaking the habits of a life time it might be, but I'm prepared to see this glass as 50% full rather than half way to empty. I'll be back for more in June. While I'm at it, I think I'll play in the Open that's part of the Kings Place Chess Festival too.

I played at Golders Green once, drew in the first round, and submarined my way to 4.5/5. A win against the sole player on 5/5 would have scooped the £100. Sadly GM Tchakiev (2600) proved to know the White side of the Spanish very well.

Oh I definitely have a 'positional' comfort zone. Types of games/specific lines that I like to play and in which I feel confident.

I wasn't thinking today about strength of opposition for any one game more for the tournament as a whole. Play the Major/u-170, I know at worst I'll do OK or even if I have a disaster I should be able reach 50% or -1. Play the Open and I could get wiped out. Or half-wiped out as happened here.

I'd stay where you are. Get to 200 and you'll frequently find the lovely Chernaiev on the next board or even worse facing you. And after this has happened a few times, you will give up chess. I did.

Looks like 5 out of your 6 opponents could have played you in the U170 section, so the reason for the pre-lunch hidings wasn't grade related. More to do with your approach to the tournament perhaps? Starting with much lower expectations and therefore lowering the standard of your game proportionately?
Adam B.

"Looks like 5 out of your 6 opponents could have played you in the U170 section, so the reason for the pre-lunch hidings wasn't grade related ...."

This is true Adam, although my second round opponent's grade is a little misleading. I could have plyed him in the u-170 but as an early teen his playing strength has probably gone up by some way since the last grades were calculated.

Still, my 2.5/4 from rounds 3-6 was against opponents I could have met in the Major and against whom I might have hoped to score at least another half point. More on this later.