A Year on the Circuit II 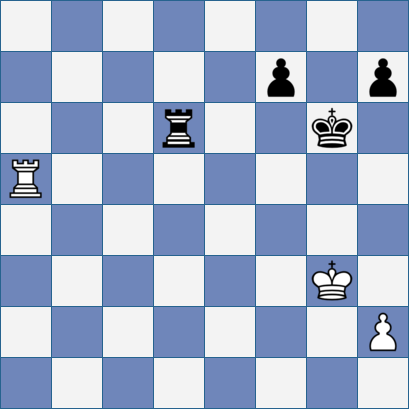 "How did you win that one?"

In truth you can't win this kind of ending can you? Although you can help your opponent to lose them. Especially if they are down to 1 minute plus increments, as was the case for the young fellow playing White here. 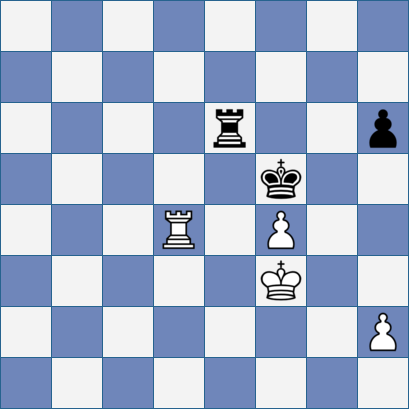 The tubes weren’t running to Golders Green that weekend. Whatever time your second game of the day finished you could be sure that when you arrived at the stop for the Bus Replacement Service back to Hampstead there’d be a gaggle of chessers already there. Chessers waiting to go home with nothing to do but talk about the games that they’d just played.

"How did you win that one?", I was asked when I told of the rook ending I’d just converted into a full point. How can you win when even if White’s pawn were to drop off the board it would still be a theoretical draw, and you’re never going win the pawn anyway? A situation rather reminiscent of SMA#4.

I had a very similar position almost exactly three years previously. Similar and yet everything about it was different. My opponent was older and stronger, Black had plenty of time and it was the last round of the tournament, not the second. The most significant difference, though, was me.

I’ve learned a few things since then. Some technical things about rook and pawn endings, yes, but mostly with regard to attitude. I know about Purposeful Shuffling now; I know about Larsen’s Master Game with Donner (SMA#21); I know that 'it is the 'privilege of the attacking player' to go round and round in circles (SMA#9). I know that rook endings, especially the 'simple' technical ones, are much harder to play than most people think. Certainly much harder than I’d thought.

When I pushed my pawn to h3 on move 46 and played my rook to the back rank on move 62 it was with the winning plan in mind. The winning plan that only actually appeared on the board on moves 74 and 75 after I’d missed no fewer than four chances to do it.