Pump up my Rating? 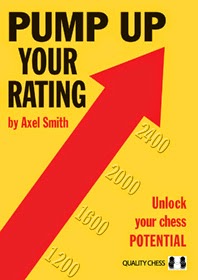 I might not have scored a floating chessboard for my birthday last week, but I did at least get a couple of chess books. One of them being Axel Smith’s highly regarded Pump Up Your Rating.

The first question on picking up a book with a title like PUYR is simply this: why?


I played at Coulsdon a few weeks back. It wasn’t a tremendously successful weekend for me. This fact I was able to ponder at some length on the Sunday afternoon as I was on the bus back to Streatham early doors after taking a brief but thorough spannering in the final round.

The previous time I'd played a weekend congress at CCF, as far back as the turn of the century, I finished early too, but in rather different circumstances. In 2000 it was a case of 'From the Early Middlegame Into The Pub’, the quick draw supplying me the half-point that I needed to win the event outright.

I won in 2000, of course, because I was playing in the bottom tier and not the Open. My section was limited to chessers graded 130 an under and, if I recall correctly, my 128 made me the top seed. Compare that field with this year’s event where a not particularly impressive loss, two draws and a bye earned me a (short) last round meeting with a 180-something graded ten-year-old.

Chessically speaking, I might have come on a bit in the last decade and a half, but guess which tournament I enjoyed more. 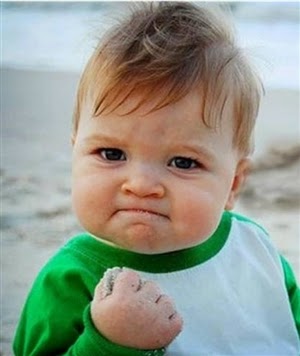 
So why would I even bother to try to Pump up my Rating? I’m very nearly at a lifetime high as it is.  (Well in terms of ECF grade I am - currently 178, down 3 from January’s 181. My Elo rating is a rather different story, admittedly but it’s a long time since it seemed worth caring about that.)

To get significantly better would take an enormous amount of effort over an extended period of time, there’s no guarantee that the work would produce any tangible results, and even if it did the only difference it would make is that in future tournaments I’d have a better class of opponent kicking my head in.

Nothing much to gain. A fair bit of time and energy to lose. So, no. No reason at all to bother trying to Pump Up My Rating as far as I can see.

Except every now and then I wonder, "How far could I get if for once in my life I stopped dicking around and really tried?"

possibly further than you think. I think we have all noticed some interesting examples of players improving thieir results in their fifties. The idea that the peak age in competitive terms might be 30 or whatever probably really applies to those who have already dedicated themselves to the game; those who have not done so, for whatever reason, probably still have something quite significant yet to gain for a while longer.

I think. Sorry, no links or footnotes!

There are, of course, ways to pump up one's FIDE rating by rather artificial means. You don't even need any rigged results - just rather rigged fields. (And to be able to run several tournaments in succession.)

At the moment I am playing for results and my rating is collapsing anyway. Perhaps I shouldn’t admit that.

The answer's obvious, surely - either it's fun trying or it isn't. If it isn't, fine.

Well, not *playing*, obviously. But looking at books and fantasising about getting better - sure that's fun, why not?

A recent Aagaard interview has this to say about (not) playing for results:

"With regards to psychology I do have a system. Focus on the next move and on playing well. The game will end and a result will come. Thinking about the result will not give you anything. Easy to say, taking years to master. But I have taught it and with great effect."

@ EJH, John Cox You should have fun playing chess. If you don't I don't know why you play.

Niall, I just got around to reading the Aagaard interview. Very interesting. Thanks for posting the link.