A Year on the Circuit III 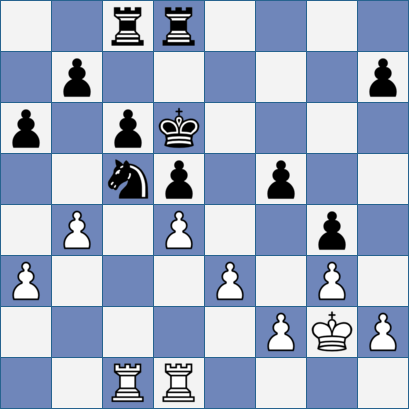 A BORP? decision for me here. How to recapture on c5?

Take with the rook then try to swap the a and b pawns to play against c6 or take with the b-pawn and play against b7? Both options seemed plausible to me at first glance. Fortunately I had some help when making the decision.

When thinking about my move I remembered the Larsen-Donner Master Game rook ending (SMA#21) and realised that taking with the pawn would give me a similar queenside pawn configuration. I also recalled Keith Arkell’s minority attack rook and pawn position from the British Championships when he won by opening the king’s wing and attacking Black from the side. Best of all there is a detailed chapter on minority attack endgames in Hawkins’ From Amateur to IM, a book I’d bought a year or so ago. 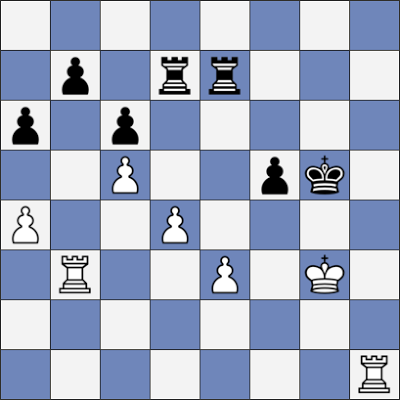 Unfortunately I had not the slightest clue how Larsen had gone about winning his game with Donner. Still less did I know how the kingside pawns got hoovered in the first place. 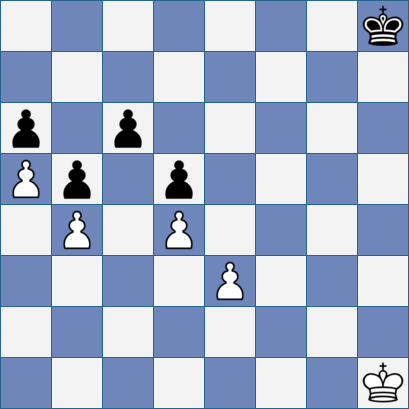 The only thing that I could remember about Arkell-Shaw was that Black had gone for that set up where you voluntarily play ... b7-b5 accepting a horrible backward pawn on c6 in the hope/expectation that of a successful defence of a single weakness. 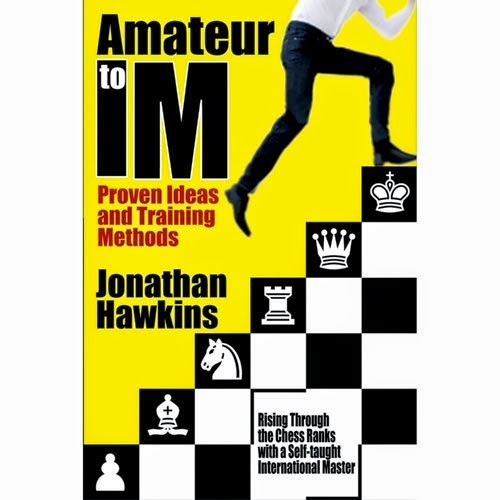 And that chapter in Hawkins? Do I need to say that I hadn’t actually read it?

I can’t help but feel that there might be a lesson to be learned in there somewhere. If only I could work out what it is.

A recapture with the 'b' pawn looks good optically but can't Black easily defend b7?

I think there's more play with the rook recapture. But can Black defend against the plan of a4 and b5 by playing b5 himself? Also, FWIW, if White's king goes over to the queenside to assist, Black could maybe open the h-file.

Maybe White doesn't have enough... Has Black has just captured a White knight on c5? If yes, could the piece swap have been avoided?

I played bxc5 and indeed Black defended fairly comfortably. There’s a little trap to avoid (he has to defend with both rooks along the 7th and not put one on b8). Perhaps I should have tried to get f2-f3 in earlier than i did, but maybe it’s nothing anyway. Donner had a pawn on f5 and not d5 after all (something which I didn’t remember at the time) which presumably makes things worse for him.

I rejected Rxc5 because aside from the idea that you suggest with ... b5 it may be that swapping the a and b pawns is not that scary anyway. With the king on d6 I can attack c6 twice but he only needs to use one rook to defend.

I haven’t looked at this closely yet (another lesson there, methinks) but my guy feeling is that bxc5 is the best chance to give Black a tickle in this ending, but maybe it’s nothing much (objectively speaking) either way.

I doubt there's anything. But if you play openings likely to lead to that type of position, a working knowledge of how to squeeze might come in handy. You've said that though, by threatening to read the Hawkins book etc.

At a guess, maybe you shouldn't have allowed him to advance his Kingside pawns. With the White pawns uncommitted you can do a slow enveloping advance to bring your King into play without it being checked on open lines.