Guess what Leontxo reckons? Or at least, what he reckoned on Saturday. 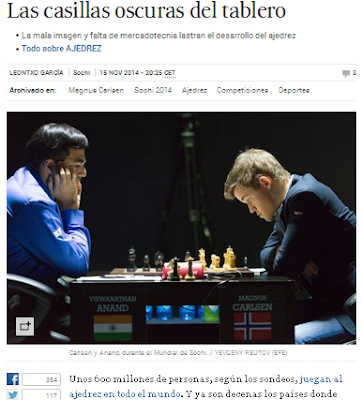 Yes, it's that 600 million figure again!


According to polls, around six hundred million people in the world play chess.

The polls, of course, don't say any such thing. I know this because I asked the pollsters.

Also because it's an obviously ridiculous claim. But mainly because I asked the pollsters. 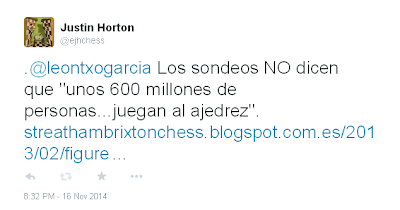 ...but while it's very good of him to say so, wouldn't it be better to do the research first, before repeating any old manifestly-dubious statistic that looks like it might be good propaganda for chess?