Went to Paris for a few days last month. Stayed in the 20th near the Place de la Nation where you can see this rococo romp.
But it's quite possible to avoid it - isolated as it is in the middle of a ferocious roundabout - and otherwise it's a great district to stroll round. Unlike some of the more uptight areas of la Métropole it is reminiscent of Streatham or Brixton: un peu untidy, alive with a multicultural buzz, and with some big surprises (Père-Lachaise Cemetery, for example), and a small one.

I came back to this late one afternoon on the Rue des Pyrénées:

Not what you'd find on the Champs Elysées, and not street-art either, just a piece of regular urban graffiti, cf this Anglo-Saxon effort featured on the blog a while back.

But the Paris case merits a closer look, for non-aesthetic reasons.

Over there on the left, on the canopy...

As I snapped away I was kicking myself. I had spotted it the evening before when the security shutter was up; on view had been a fine display of chess sets, clocks, trophies and a rather faded copy of  "Comment You Can Battre Votre Papa At Echecs" (if you'll pardon my Franglais), but I didn't have my camera - and although a light had been on, the door seemed to be locked.

Now - as I returned with camera - the shutter was down (as you can see), and the opportunity had passed.

The ligue has a nice website which - if ever you are in Paris - gives its opening times... 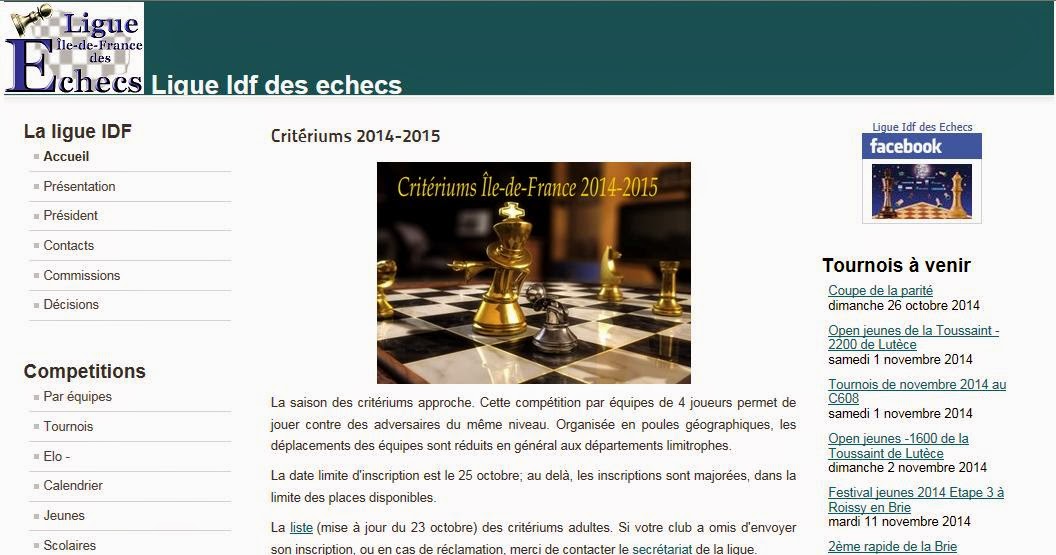 ...and a list of several clubs in the Paris area (including one in the 20th), where chess is obviously alive and kicking (i.e. elsewhere than the Jardin du Luxembourg). Voir aussi. And here.

Having missed a chance to meet our chess colleagues in Paris, an entente cordiale sur place there was not to be (but if they ever read this blog: greetings!).

There was consolation, however, to be found in this: 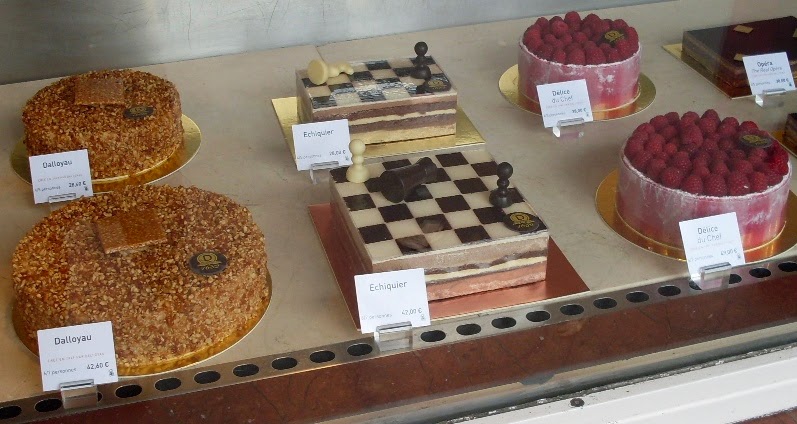 I know: we've reported them before. But they are still there, and they continue to look as délicieux as ever.