Yes It Really Does Have Something to do with chess 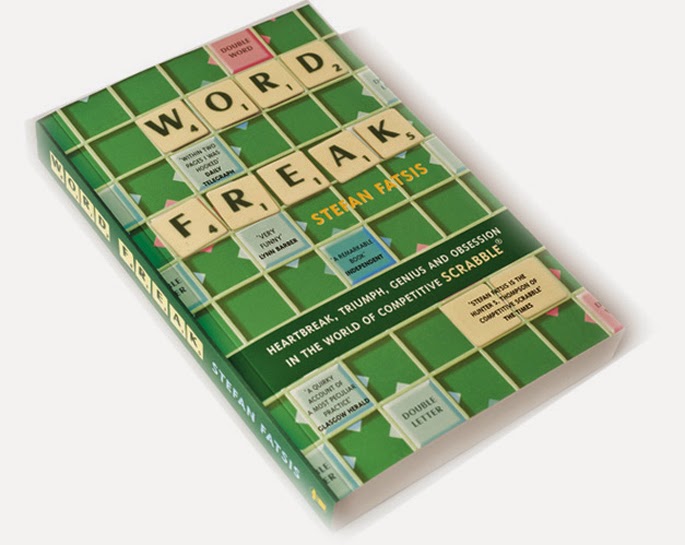 For many, Scrabble is merely a board game. For others it is an intellectual pilgrimage. In this book, Stefan Fatsis, journalist and self-confessed word freak, goes in search of the people for whom Scrabble is life and affords us a glimpse into the extraordinary world of the brilliant geeks and misfit savants who populate the highest ranks of the game.


I know. It’s about Scrabble. It’s a damn good read too. Much better than you might expect from the exceptionally mediocre publishers blurb.

And, yes, it really does have something to do with chess. Fatis’ book is littered with references to our game. Aside from the one on page 296 that goes

Almost all of the greatest chess players were afflicted with various neuroses, breakdowns and mental illnesses

without any supporting evidence or further investigation, the allusions to chess make an already interesting book even more fascinating.

It’s been a couple of months since I watched Word Wars - a documentary that came after Word Freak - but I don’t remember it making any explicit mention of chess. Even so, I think you’ll find it hard to watch without finding that the portrayal of the Scrabble tournament circuit and players rather reminds you of us and what we do. It’s an hour and twenty minutes long, but the film - and the book that inspired the film - are very much worthy of your time.

Thanks to MJ McCready for the original tip
Posted by Jonathan B at 8:00 am

I've just sent off for a copy. It'll be a perfect addition to my collection of 'odd-ball' breakfast reads: books I read while having my morning coffee etc.

But tell me - spoiler alert - do scrabblers generate as many nut jobs as chessers?

I really enjoyed this book. I suppose the equivalent of pawn endings is memorizing all the two-letter words. Have scrabble tournaments kept up with chess? I'm thinking touch-sensory boards and live internet feeds. TWIS?

Stefan Fatsis may well have been misled (when writing the quote on page 296) by "Idle Passion" by Alexander Cockburn (which he quotes at length on the same page), a book which Edward Winter describes as "one of those unlikeable books in which a writer slaps between two covers everything he thinks he knows about chess plus a little bit lifted from the local public library and then tries to give the whole a special, spurious slant".

That quote aside, I agree that "Word Freaks" is a good book.

Although Fatsis does acknowledge - if only very late on - that he’s focused on two or three unusual individuals and ignored the very many 'normal' folk who are very good at scrabble for the obvious reason that they wouldn’t make for an interesting story.


The page 296 quote from Fatsis is an oddity in that it’s the only one that really jars. All the other references to chess feel entirely appropriate.

I rather liked Idle Passion, although Cockburn didn't really know enough to write it and it's marred by its reliance on Freudian concepts that nobody believes in any more. But it's quite refreshing to read something on chess that dislikes the very idea of chess without being crass or ignorant about it.