Just Barely Got Something to do with chess XII 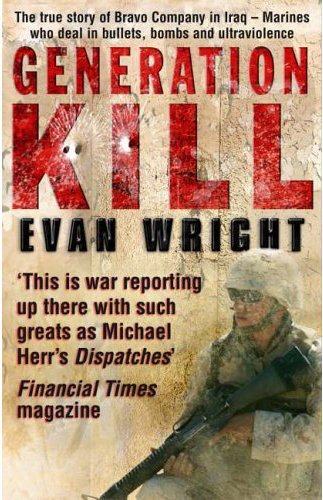 Recon Marines will proudly tell you that if you look up their official Military Occupational Speciality in a Marine Corp manual, their job title is listed as "Reconnaissance Man." Theirs is one of the few remaining fields in the military closed to women. For many, becoming a Recon Marine represents one of the last all-male adventures left in America. Among them, few virtues are celebrated more than being hard - having stronger muscles, being a better fighter, being more able to withstand pain and privation. They refer to extra comforts - foam sleeping pads, sweaters, even cold medicine as "snivel gear," and relentlessly mock those who bring it as pussies.

Nor do the men have any CD or DVD players, Game Boys or any similar entertainment devices. They were forbidden to bring such distracting items to the Middle East. They are young Americans unplugged. Their only entertainment is talking, reading and playing cards or chess. There’s a chess board set up in the centre of the tent, where a company tournament has been going on for six weeks now.

At night they fight constantly. They judo-flip each other headfirst into the plywood floor of the tent. They strong-arm their buddies not headlocks and punch bruises not each other’s ribs. They lie in wait for one another in the shadows and leap out swinging Ka-Bar knives, flecking their buddies’ rib cages with little nicks from the knife tips, or dragging their blades lightly across a victim’s throat, playfully simulating a clean kill. They do it to keep each other in shape; they do it for fun; they do it to establish dominance.