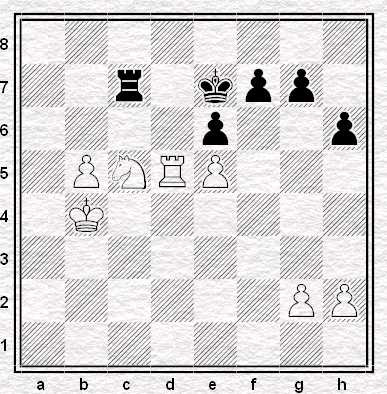 "... in the middle of the night Short suddenly woke up and started to wonder why on earth Kramnik had resigned in the final position. His nocturnal brain-racking did not yield any clues. Kramnik's explanation the next morning was a little more helpful: 'Because I was stupid'. More amazed than amused Short kept searching for a waterproof winning method. Whether he found it, as he suggested several times, or not, as others claimed several times is only partly relevant."

"I was somewhat surprised by Kramnik's decision to throw in the towel, but I was too embarrassed to reveal my ignorance at not having seen the path to victory."

What does the computer say?

Is this not winning?

I always resign late. I am terrified of resigning in a position where I still have chances.
Andrew

I wonder which player (say 2600+ or equivalent pre ratings)generally does/used to resign the earliest. I would expect it is Ivanchuk who I think has resigned a clear pawn down with maybe a rook and 2 pieces each.
Andrew

Well, since that debacle of mine - which Justin has pointed out here before - I'm not even going to resign I've been mated anymore. Just in case I haven't been.