Last Friday I asked for an assessment of this position 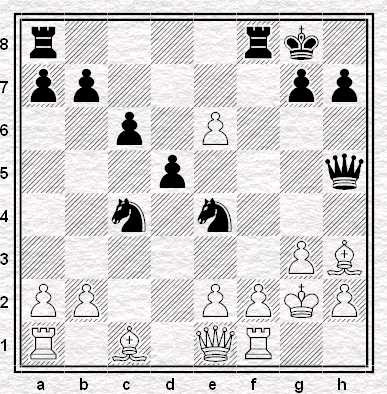 and I'm pleased to say the post generated a number of helpful (to me) responses.

The diagram is in fact a theoretical position from a Dutch Defence sideline. I found it after looking at the mainline of the Classical Dutch that begins

It seemed to me that the three options for Black that are usually suggested at this point, 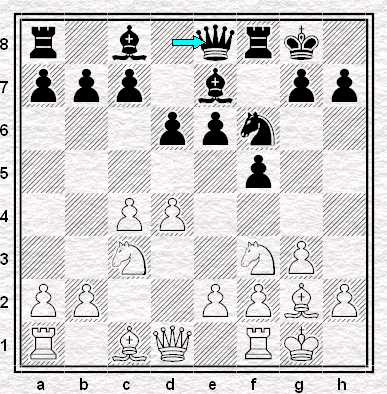 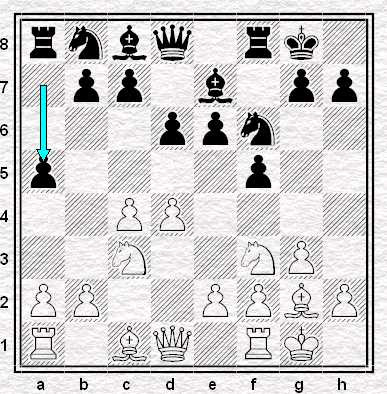 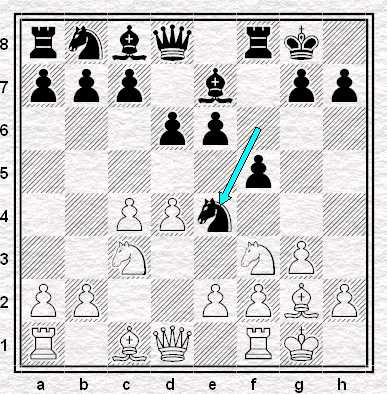 could all be considered to contravene fairly basic opening principles. Are we not generally taught to avoid developing our queen or moving the same piece twice while ensuring pawn moves either add to our control of the centre or open lines for piece development?

Looking at the position afresh it seemed to me that getting the queenside pieces out with 7. ... Nc6 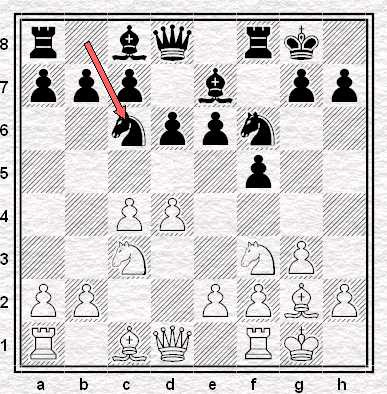 was much more natural and began to explore why this move wasn't thought to be a sensible idea.

Neil McDonald's Starting Out: The Dutch Defence (Everyman 2004 - mentioned here) doesn't mention 7. ... Nc6 at all - perhaps not surprisingly given the introductory/generalist nature of that book - but I was able to find some analysis in Simon Williams' more specialist Play the Classical Dutch (Gambit 2003).

Williams gives the queen's knight move a "?!" and suggests the following sequence*:-

and thus we reach the puzzle position which Williams thought was clearly better for White.

Leaving aside the rather curious change in assessment between moves 14 and 18 it wasn't clear at all to me that the first player was better here so I decided to consult our esteemed readership on the matter. I can't say the responses helped me understand why White should have the advantage but they certainly generated a fair few ideas I hadn't previously considered.

What's the moral of all this? I can't say I'm completely sure. That we shouldn't take opening theory at face value? - possibly. That I spend too much time worrying about openings? - probably.

I still don't know what I really feel about 7. ... Nc6, maybe it's OK(ish) maybe it isn't, but I think I learned something from the experience anyway. By looking at the possibility of moving the queen's knight on move seven I began to consider White's advance d4-d5 - a common theme in these lines - in a little more depth and I've now got a stronger grasp not only on why ideally Black would like to be able to respond with ... e6-e5 but also the difference it makes if Black has already been able to double White's pawns with ... B(orN)xc3/bxc3.

Perhaps to get anywhere near an understanding of chess we have to understand what isn't played as much as what is?

If Simon considers a line in the Classical Dutch as dubious for black, then you can be pretty sure that it is!

So I presume Williams feels that (in the puzzle position) White will be able to push the f-pawn (if nothing else) and eventually open up the position to make use of his bishops..?

What I fail to understand about this line is why Black needs to take on c3. Is it just to stop the queen going to f5? Because 15...Qh5 looks like a reasonable move to me.

"If Simon considers a line in the Classical Dutch as dubious for black, then you can be pretty sure that it is!"

I meant to include a similar observation in the main article.

I've found SW's book very useful but more than one person has suggested to me that the assessments of Black's prospects tend to be - shall we say - over optimistic.

Shirov choosing to play straight down a line SW says is =+ is probably exhibit A in this regard.


Also, I should have made clear that when I said 7. ... Nc6 may be OKish I meant for me and middling club players of my standard. I'm quite sure it would be found out at Master level - otherwise more people would play it.

7...Nc6 is certainly interesting and a good option at club level. For a start White has to play 8 d5! otherwise 8...e5 is good for Black.

Returning to 10 Nxe6 Bxe6 I suggest you take a look at 11 dxe6 c6 12 Qd3 d5 13 Qxf5 Bc5!? for a start Black is threatening ...Ne4. The bishop is certainly a lot more active on c5 and Black has good play. I would imagine that it is always hard to consider every line when writing a book, especially in an opening that is hardly ever played! The authour can only do his best!

Concerning the Shirov-Williams game. It was Shirov afterwards in the analysis that suggested the whole line was better for Black and indeed if you look at any analysis of the game, this will prove that point.
I do agree that Williams is over optismistic in some assessments but only after later games have demonstrated.

Wasn't the Shirov-Williams game played a few years after the book was published? If so Shirov's comments can't have been the source of Williams' assessment (which, I should acknowledge, isn't necessarily wrong just because Shirov chose the other side of the argument).

Anyway, thanks for your other suggestions.

[tips hat to the new visitor]

P-C certainly sounds like a bit of a fan of the Classical Dutch. The key question of course is what does he think of the Exchange French??? Perhaps he'll comment on one of those posts one day.

I should also probably have said at some point that I ended up playing the Classical Dutch by accident. Quite how is probably worth a blog post at some point - well it's probably going to get one whether it's worth it or not.

[tips hat to the new visitor]

P-C certainly sounds like a bit of a fan of the Classical Dutch. The key question of course is what does he think of the Exchange French??? Perhaps he'll comment on one of those posts one day.

I should also probably have said at some point that I ended up playing the Classical Dutch by accident. Quite how is probably worth a blog post at some point - well it's probably going to get one whether it's worth it or not.

God, if we only blogged things that were worth blogging people would be looking at an empty space...