The fundamental things do not apply

Tragically, therefore, I seem to have let pass me by a film of which chess is a major theme,  provided we allow that any of Mr Ritchie's films possess such a thing as a "theme", major or otherwise. Apparently this is my loss more than his, since apparently, another "theme" of his movie is the game of chess.

I was unaware of this until Tuesday morning, when my attention was drawn to a piece by Jonathan Wilson in the Guardian discussing the philosophical musings of Anatoliy Tymoshchuk, seen last night wearing the Ukranian shirt against England. Mr Wilson seems very taken by these musings, which apparently recall "Shakespeare, Churchill and Herodotus", though to those of us with longer memories and more cynical reactions, they may rather recall Eric Cantona. 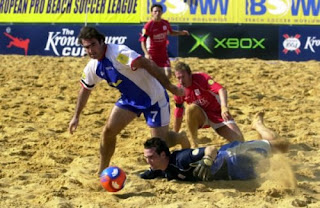 
Other footballers may cite lines from Guy Ritchie films but few would recognise that the quote "the only way to get smarter is to play a smarter opponent" from Revolver is drawn from an [sic] 1883 book, The Fundamentals of Chess. "You have to raise the qualification standard," Tymoshchuk said. "And once you've cleared the bar you have to set it at a higher level."


1883 book, The Fundamentals of Chess

I might have recognised, for instance, Chess Fundamentals, written by JR Capablanca and first published in 1921 - somewhat later than 1883, though it would have to have been since although he was a prodigy Capablanca himself was not born until 1888. He's not, as it happens, hard to identify as the author of that work - unlike the mystery author of our 1883 book, with whom we have rather greater difficulty. Perhaps, we may wonder after searching awhile, the author does not exist. Perhaps, we may even wonder - as Mr Wilson apparently did not - the book itself does not exist.

We may wonder this especially if we search on the online catalogues for the British Library and finding the only results for the phrase Fundamentals of Chess are for Fred Reinfeld's 1962 book The Modern Fundamentals of Chess and its 1971 edition. Or if we check the online library catalogue for Oxford University, incorporating as it does the Bodleian Library, with no greater success. Or in the Chess and Draughts Collection of the Bibliotheca Van der Linde-Niemeijerian or in the Cleveland Public Library in Ohio or in the University Centre Hastings, these being quite likely the three most significant publicly-available specialist collections of chess books. In each of these cases we get Capablanca, if we are lucky, or we get nothing.

Now it should be said that while the present writer has a slight advantage here, being not only a chessplayer but a qualified librarian, there are certain items in the record, as presented by Mr Tymoshchuk and retailed by Mr Wilson, which might have caught anybody's eye and inspired anybody's scepticism. One would be the mysterious absence of the author's name from this apparently inspiring book. A second would be the idiom

which to my ears sounds a little late for 1883, in print at least. A third would be the name Guy Ritchie (and indeed that of Luc Besson). A fourth would be the fact that Revolver was already connected with people playing fast and loose with printed sources - as reported, for instance, in the Guardian. But a fifth and perhaps most obvious would be - who on Earth takes their information from a fiction without checking it first? Would anybody (including Mr Wilson) assume without checking that Jules' Ezekiel routine in Pulp Fiction is precisely the same as the original passage? 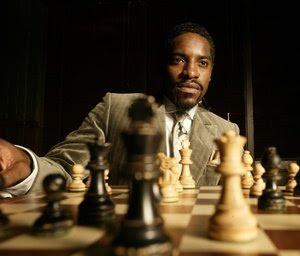 Or anything you read about chess.

(PS Mr Wilson's opinion on the matter has been sought, but to date is yet to be received.)

If it is an 1883 quote ---- do you think 'smarter' may have been short-hand for 'dress in smarter attire', and this is something to do with chess players leading the fashion of the time?

Things have changed in many, many ways since then