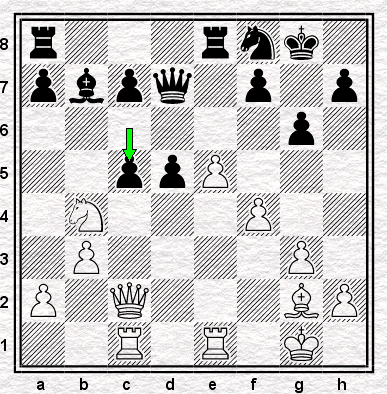 White was winning back a pawn he had sacrificed for pressure: Black chose to return it on c5, rather than c6. Both players saw that if 23.Qxc5 Black could play 23...Ne6, gaining a little more space for his pieces, so White preferred to capture with the knight instead via 23.Nd3 Ne6 24.Nxc5, leaving him, after 24...Nxc5 25.Qxc5 c6, with an edge in an equal-material ending (which Black mishandled, losing rather quickly).

EJH is away from his computer. He's left me variations to publish ... which I shall do when I get back from work this evening.

That hole on f6 is rather inviting.

leaves White a clear pawn up