As a coda to the Bill Hartston interview Jonathan has been running in the week, here's something that's recently been posted on YouTube: the audio files of an episode, if that be the right word, of The Master Game, the much-admired and influential BBC chess show which ran for a number of years, and on which Bill appeared first as a player and later as a commentator (a role originally played by Leonard Barden).

As you'll gather from the term "audio files", the original visuals are not shown and not presently available (although you can see a little of the original opening titles here) although the format wasn't dissimilar to the one we saw on Wednesday in the Spassky-Karpov game, albeit without any recourse to a demonstration board during time trouble.

So for those who were too young to see the series, the graphics employed by the estimable SearchBucket do give a reasonable idea of how the programme worked. A diagram filled much of the screen and showed the progression of the game, while the players' faces came up whenever their thoughts - reconstructed and recorded after the game - were transmitted. This seems obvious now, but at the time, it was original and sensational.

I remember this particular game very well, Short building a dominating position out of apparently nothing, then retreating the rook to the wrong square and nearly throwing the win away, until Miles' disastrous 47th made it easy for him.

Or so we thought then. But the computers, which we did not have then, can tell us different now. 42.Rf1 was not an error after all. 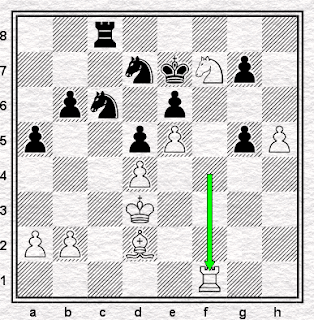 In the game there followed 42...Nb4+ 43.Ke2 Rc2 44.Kd1 Rxb2, which last would have been impossible (and the whole line simply losing) had White played 42.Rf2 because 45.Bxg5+ would win the rook by discovered attack. 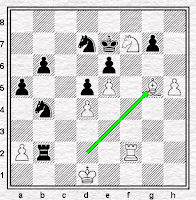 This is all true as far as it goes, but the computer demonstrates that rather than play 44.Kd1? White had 44.Nd6!! 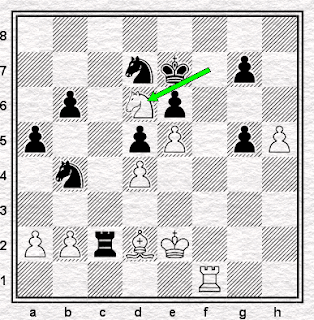 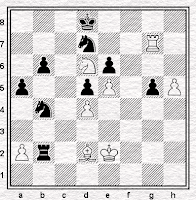 and not only is the h-pawn close to queening but White is threatening 47.Rg8+ - with mate if Black moves the king. Black is entirely lost.

Moreover, as recently pointed out on Chessgames* - I'd be interested to hear of any earlier analysis - Short's error was actually the move before - ironically, precisely the move which Miles was afraid of, 41.g5. 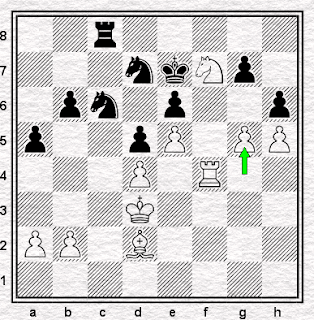 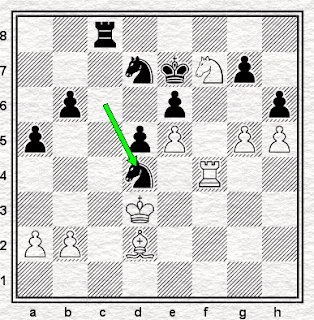 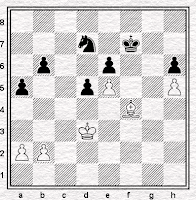 it seems to me to be a draw, a position in which both sides are tied to their weaknesses and hence neither can make any progress. A draw which I think Miles would have more than welcomed by that stage of the game.

So what should Nigel have played instead? On the programme he dismissed 41.Be1 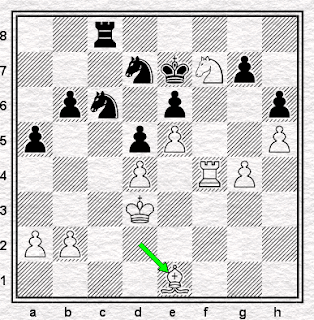 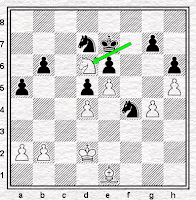 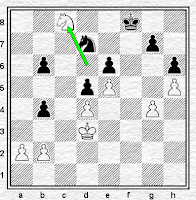 It was a remarkable result. He was still three years short of becoming a grandmaster: but while it would yet be several years before he overhauled Miles as England's number one, this was surely a warning that he would one day do so. A game as important, perhaps, in English chess history as Penrose-Keene. Despite its prosaic appearance, a memorable game.

It was a memorable show. I would always be amazed that my schoolfriends, who to my certain knowledge were not players, would watch the programme and then come to me and talk about it the following day. But that was an index of how good it was. The world has changed since then, but I do not see why something a little like it would not be good again.

[* Chessgames currently gives a date of 1980 for the game, which seems unlikely, although the games were of course played some time in advance of transmission. The date of transmission of this particular game was 1 April 1981.]

[Thanks to Richard for his assistance with this piece]
Posted by ejh at 9:55 am

It's totally fascinating how many tactics they missed - pretty modest ones too.

Were players just not as on the look out for random tactics then as now? Or is it to do with the time limit? Or were they blunted by the 'need' to be didactic for TV? I wonder...

There's another reconstruction up now: http://www.youtube.com/watch?v=evCKSx4_3L0

It's not as slick as searchbucket's reconstruction but, the original content is pretty much there.