On Tuesday I travelled down to Kent to watch round 8 of the British Championships. In the finest Chessbase (hack, spit) tradition, I have produced a lazy 'photo report' of my day, below. (Note: this post was scheduled for yesterday, but I missed the last train back and was stranded in bloody Canterbury.) 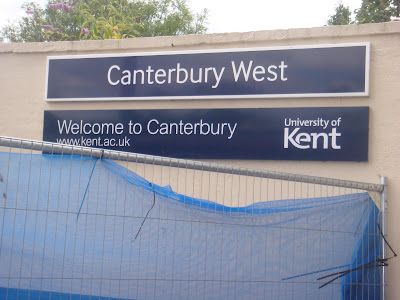 "Where the right wing go to die" 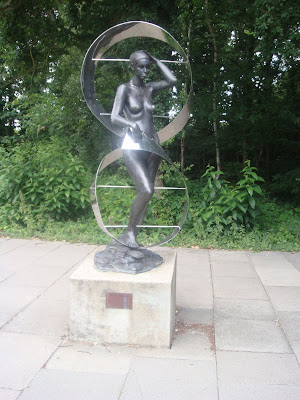 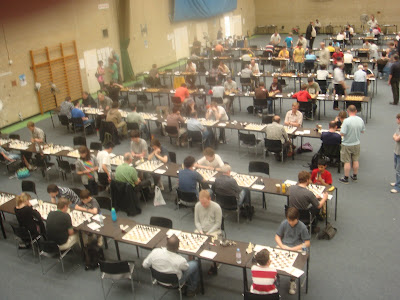 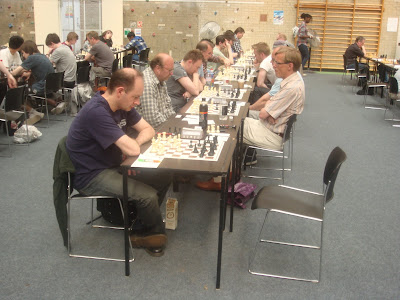 S&BCC President Angus French in his rightful place on board one in the Major Open... 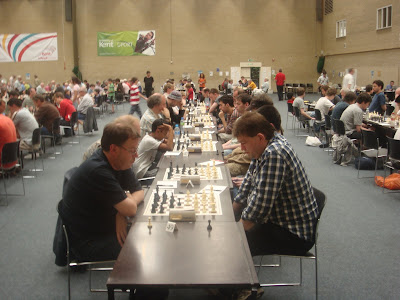 ...and at the other end of the table, just a few boards down, Stephen Ledger (right), another S&BCC member. 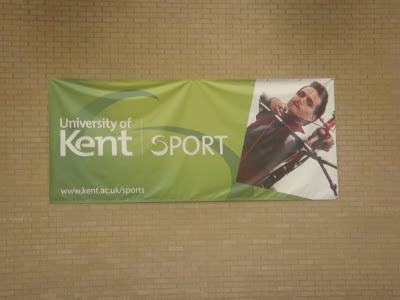 A closer look at that bowman visible in the background of the previous picture. Looming large over every single participant in this year's British Championships, I like to think of him as a sort of modern-day Caissa, and a more aggressive one, constantly threatening to shoot down the weak-willed. I call him 'Archie'. Match of the day: British no. 1 versus the last-but-one British champion. 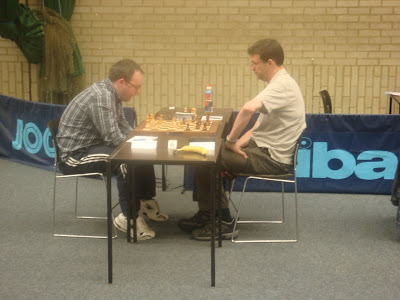 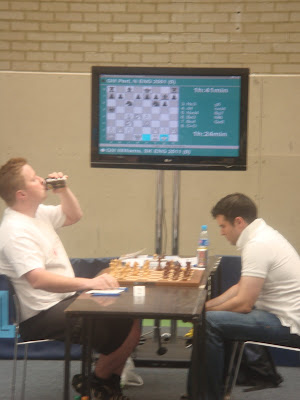 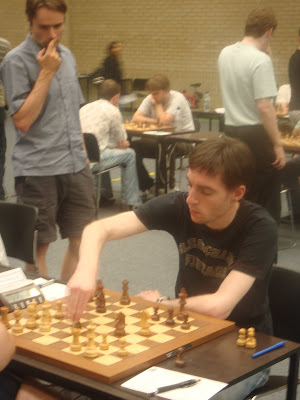 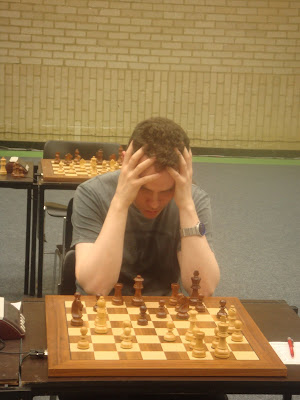 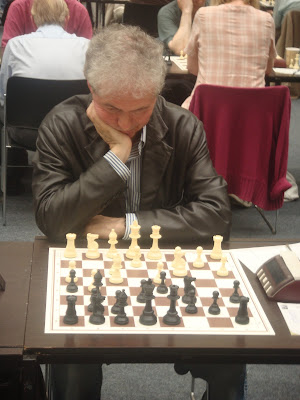 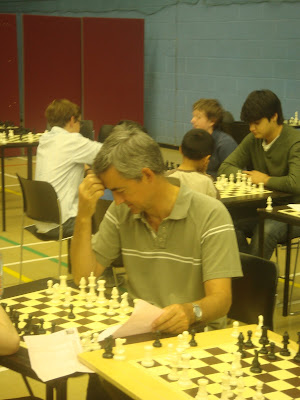 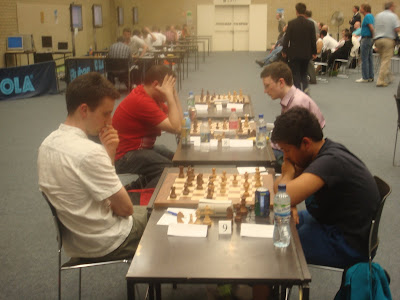 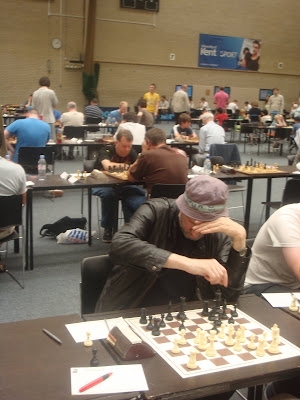 Mike Surtees shaping up to make one of his wacky moves. 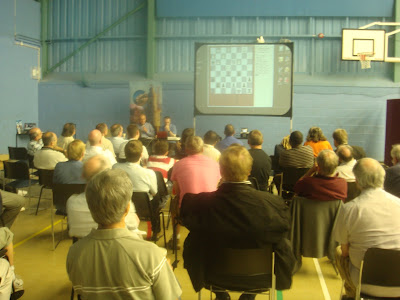 A view from the back of the commentary room, where IMs Andrew Martin and Malcolm Pein were doing their thing. Foreground: the back of Chappers' head. 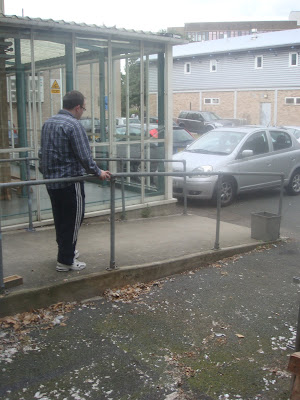 The chess player's lot.
Posted by Morgan Daniels at 8:06 am

10th pic down, standing behind & to (our) left of IM Tom Rendle, is Ian Henderson, Surbiton CC, who readers may remember from this - my 15 minutes of, er, fame.

Re: Donald Mason's banana: I see Simon Williams has upgraded from the banana that he had with him during his second round game against Paul Littlewood. This was the webcam game and watching, we could all see his banana was still with him, untouched, after about four hours of play.

I thought he'd never get round to eating it. I watched for ages...and then popped out of the room for a couple of minutes and when I got back, the banana had gone. I'd missed it.

God, the holidays drag sometimes when you work in schools.

Does Felix have a beard now? When I last saw him his voice hadn't broken.

In a spare moment today I noticed that, as Black, Mike Surtees had moved seven of his pawns in his first seven moves... He went on to win.

Talking bananas: when GingerGM resigned to Adams today, he still had two whole uneaten bananas plus a partly-drunk can of Red Bull remaining.