The Opposite of Chess

A beautiful move is a beautiful move: and it doesn't matter whether it is played on a glittering, giant board with human pieces dressed perfectly in character, horses et al, golden banners shimmering above, or on a battered travel set in the middle of a crowded tube with a sachet of salt standing in for the white king. As an aesthetic experience chess is a pristinely mental thing; the where, the how, the with what - uninteresting, irrelevant, beside the point. In some ways, then, the website Etsy is the complete opposite of chess: Etsy is a website whose users directly sell their home-made, one-off arts and crafts; all things individual, unique, unreproducible.
But you know what they say about opposites attracting. And lo, there's rather a lot of chess stuff on Etsy. Here are some of my favourites: 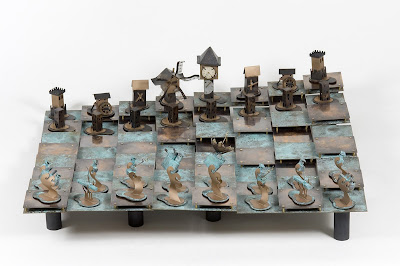 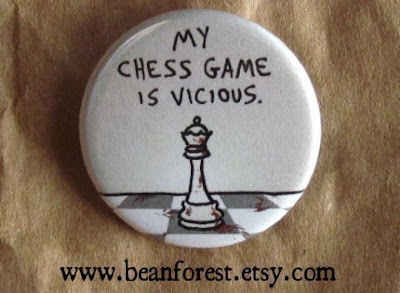 Much more affordable. A $1 badge.
Splash out another 50 cents, and they'll magnetize it. 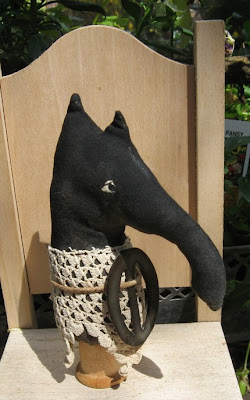 Aw. Could you ever sacrifice such a soft, sad thing?
This knight's name is Arnold. 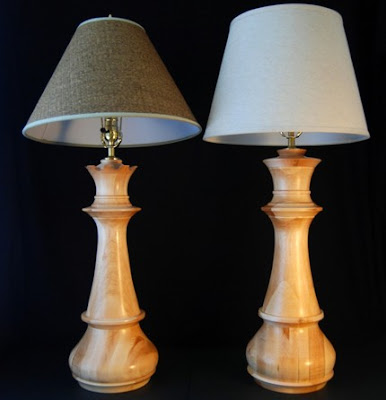 Subtle, non-embarrassing, and chess - but $250.
Where's the IKEA version?
So. Perfect presents for the chess player who has everything? Or is all such stuff that is not the moves, mere unmattering nothings?
Thanks to my fiancée Sarah Condry for the tip.
Posted by Tom Chivers at 10:01 am

If you don't fancy splurging $6,500 on a steampunk chess set you could always make your own

Those lampstands look rather octopus-friendly.

The link to the steampunk set has lapsed. Maybe she sold it somewhere other than Etsy? Anyway for future reference the lady who made it has her homepage here.