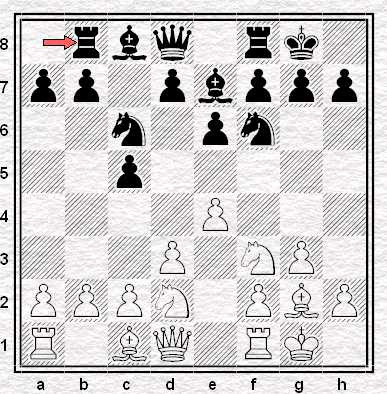 Sherwin slid the Rook here with his pinky, as if to emphasize the cunning of this mysterious move.
Bobby Fischer, My 60 Memorable Games

I got an entry form for a chess tournament in the post the other day. Alas, the weekend of 19th/20th/21st November will find me in a hammock in St. Lucia but were that not so I would definitely be heading down to Torquay for the 44th Torbay Chess Congress.

I played in this event last year and can heartily recommend the experience. The tournament is well run, the venue is excellent (extortionate price of a cup of tea notwithstanding) and Torquay makes a welcome change for those of us more used to bigger, louder and smellier places such as London.

The congress follows my favourite schedule for a 5-round Swiss: one round on Friday, two on Saturday and two on Sunday with games played at the relatively leisurely pace of 36 moves in an hour and a half then 30 minutes back. It also has rather tight grading bands for the individual tournaments which is something that I like very much indeed.

With an open, an u-170, an u-150 and an u-120 you're pretty much guaranteed five games against opposition of similar strength. In tournaments with fewer but larger sections you can end up trapped in a cycle of defeats against much higher-rated opposition and easy wins against folk much lower-rated which is not an especially inspiring way to spend your weekend.

The downside, I suppose, is that you can get some unusual pairings this way. Last year I started win - draw - loss but as my results deteriorated I found myself playing ever more highly rated opponenents!

Anyhoo, if you fancy a chess tournament in the Autumn you could do a lot worse than go to Torquay. You can find more details and an entry form at chessdevon.co.uk. 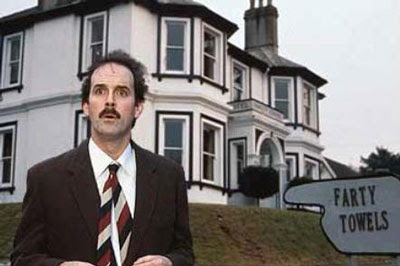 Torquay, the home of
good chess and top-quality accommodation

As much as I enjoyed my weekend in Torquay, I can't say that I played particularly well. I scored 50% in the u-170 section which was not a disaster by any means but +1 would have been par and +2 would have been easily attainable had I not spent rounds two and three dropping material to one-move blunders. A fun weekend, then, but also a disapointment.

I'd done quite well in an event of similar strength in Paignton a couple of months earlier so I'd started with reasonable hopes of getting into the prizes. As it turned out, the highlight of my tournament came, long after I'd lost all hope of winning any money, when I reached this position in the final round:- 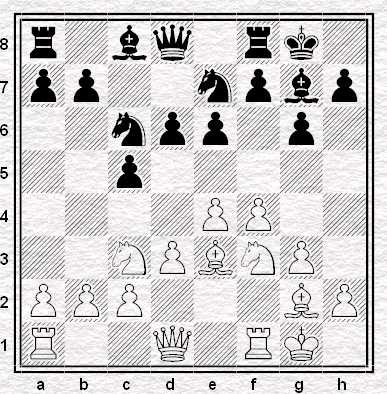 If I'd known anything about the theory of this line I'd have played 9 ... Nd4 but I didn't so instead I went for preparing queenside expansion with 9 ... Rb8. It wasn't the move itself that gave me so much pleasure, though, it was how I played it - and that brings me to the title of today's post and the beginning of a new series.

If you're like many (most?) amateur chessers you've probably owned a copy of Fischer's My 60 Memorable Games at some point in your life. If so, perhaps the position and annotation at the head of today's blog, are already very familiar to you.

I don't know why the aside about Black's use of his little finger stuck so firmly in my mind but for years I vowed to myself that if I ever got the chance to play ... Rb8 in the opening I would do it 'Sherwin-style'. In the last round of the u-170, Torquay 2009, I finally fulfilled this long-standing ambition.

Insert as many smileys here as you think appropriate.

If you put 'pinky' into google images, you don't seem to get fingers...