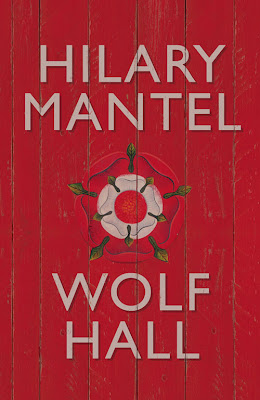 He and Rafe read a book about chess. It is a book printed before they were born, but it has pictures. They frown over them, perfecting their game. For what seems like hours, neither of them makes a move. "I was a fool", Rafe says, a forefinger resting on the head of a pawn. "I should have found you. When they said you weren't at Gray's Inn, I should have known you were."

"J'aboube." Rafe snatches his hand away.

For a long time they sit gazing at the pieces, at the configuration which locks them in place. They see it coming: stalemate. "We're too good for each other."

"Perhaps we ought to play against other people."

"Later. When we can wipe out all-comers."

Rafe says, "Ah, wait!" He seizes his knight and makes it leap. Then he looks at the result, aghast.

"Rafe, you are foutu.

"Not necessarily." Rafe rubs his forehead. "You still might do something stupid."

Voices murmur. Sunlight outside. He feels he could almost sleep, but when he sleeps Liz Wykys comes back, cheerful and brisk, and when he wakes he has to learn the lack of her all over again.

From a distant room a child is crying. Footsteps overhead. The crying stops. He picks up his king and looks at the base of it, as if to see how it is made. He murmurs, "J'adoube." He puts it back where it was.

He feels he should not go far, in case Henry calls for him. He finds a corner for a game of chess with Edward Seymour. Between moves, "Your sister Jane ..." he says.

"What age would she be?"

"I don't know ... twenty or so? She walked around at Wolf Hall saying, 'These are Thomas Cromwell's sleeves' and nobody knew what she was talking about." He laughs. "Very pleased with herself."

"Has your father made a match for her?"

Tom Seymour bursts through the door. "Good e'en, grandfer," he shouts at his brother.
He knocks his cap off and ruffles his hair. "There are women waiting for us."

"My friend here advises not." Edward dusts his cap. "He says they're just the same as Englishmen but dirtier."

Edward resettles his cap primly. "How old would our sister Jane be?"

Edward looks down at the board, reaches for his queen. He sees how he's trapped. He glances up in appreciation. "How did you manage that?"

Thomas Avery smuggles in to him Luca Pacioli's book of chess puzzles. He has soon done all the puzzles, and drawn out some of his own on blank pages at the back.

[A Literary Reference index]
[Thanks to Tom]
Posted by ejh at 9:55 am