When we were Kings XIII

Well, the first three of these are certainly true, but the last? I suppose that rather depends what miladdo really thinks viz a viz the value of the title of World Chess Champion.

Carlsen's letter to FIDE makes a reference to the football ('soccer' for our valued North American readers) World Cup. What if he had mentioned tennis or golf? Both of these sports seem to get along nicely without a World Champion.

Might it be that football - and boxing for that matter - need a 'Champion' because they have no meaningful rating system? Chess has both. Do we really need the two? Perhaps Magnus thinks not. Maybe he's happy with the number one spot and feels that 'World Champion' would be naught but a meaningless bauble. On the other hand, it could be that it's not the title that Maggie doesn't fancy as much as the road he'd have to travel to get his hands on it. The young fella, after all, wouldn't be the first Westerner to try to find a short cut to the top.

I can't believe that there would be any more money, or any less interest, in a match between Carlsen and Vishy Anand right now than after the Norwegian had fought his way passed some lesser mortals. World Number One v World Champion. Who cares if there was a 'title' at stake or not?

In truth, at this moment Carlsen is bigger than the game. You don't see any other chesser hobnobbing with Liv Tyler do you? Maybe he just decided to take Route One to Vishy. Maybe he thinks he doesn't need FIDE and their qualification system (whatever it happens to be this week). Maybe he's right. 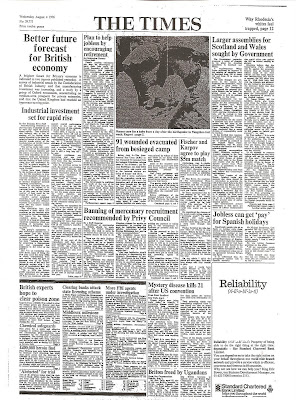 Amsterdam, Aug 3. – Bobby Fischer, the former world chess champion, and Anatoly Karpov, the present champion, met in Tokyo last week and agreed in principle to play an exhibition match towards the end of this year.

Dr Max Euwe, the president of the International Chess Federation (Fide), disclosing this today, said the two grandmasters were to meet in Biel, Switzerland, later this month to work out further details.

Dr Euwe emphasized that he had nothing to do with the negotiations for the match, which will involve a purse of $5m (£2.8m). He said the encounter would not be held under Fide auspices, “if it takes place at all”, and the world title would not be at stake.

He considered the chances of the match really take place as “extremely small”. He said: “Fischer will make new demands. Karpov won’t like it and the whole thing will be off. I have been through this before.”

Fischer forfeited his title last year when he refused to play Karpov. Efforts by Dr Euwe to negotiate a compromise failed and Karpov was officially named champion. – AP.

Harry Golombek writes: This is the match for which the world of chess has been waiting. The mention of $5m suggests that the Philippines has take the initiative in the matter, for $5m was to have been the purse for the match planned for Manila last year.

On the whole I think the match will take place. Both men have always said they wanted to play.

Last year I would have backed Fischer to win. But Fischer has been so long out of the swim of things and Karpov has played so much and so successfully that I think the chances are now about even.

WwwK Index
Posted by Jonathan B at 8:00 am

The last time chess had a thoroughly untainted World Chess Championship was 1990: the year Magnus was born. No wonder he care more about the rating lists than the title.

Something I didn't mention explicitly in the article:-

My problem with the World Champion title is not so much with the road to it, but how the final battle is fought. It is not merely a match between two chess players, but two entire armies: seconds, thirds, fourths, whole teams of assistants; plus huge networks of computers doing most of the real thinking. Somehow the actual chess seems lost in the mix.

I think he cares more about the money than the title, to be honest. Top players may complain about there not being a proper WC cycle, but to be honest, they don't really want to play in one. There's likely to be rather more money in the big tournaments.

I don't like a privately-owned and privately-touted world championship, because it's always been a shambles.

Well, I would agree with this but unfortunately the current FIDE world championship is hardly any improvement.

Magnus has gone up in my estimation with his decision,not to try for the World championship, when he is probably the best player.

As he is only 20, he has no doubt taken other interests into account when making his decision, Girls, Football and whatever else he likes.

Sounds like he would go even further up in your estimation George if he was to quit chess and become a premiership footballer.
Wonder if Carlsen is scared that he might not actually become WC. With 4 game matches, this seems a real possibility just on variance. Doesn't seem he has the appetite for longer eg 8 game matches either though.
All this gives my in-form mate Lev a better shot at the title!
Andrew

Well, I would agree with this but unfortunately the current FIDE world championship is hardly any improvement.

Well, in the first place I think it is: and in the second place, I think a large contribution to the fact that it doesn't run smoothly is made not by FIDE (who are not of course blameless) but by the players. You can't devise a system which satisfies them all, which the current problem merely goes to prove.

If one has a choice between
(1)doing what you decide and upsetting the 'knowalls' or
(2) doing something which you do not really want to and not get any criticism, the former wins every time.

Carlsen's team has a few things to say over at Chess Vibes today, including this:-

The lack of motivation required to do his absolute best, is mainly concerned with the (lack of) quality of the ongoing cycle, not the title itself. The World Champion title and rating rank are not directly comparable. The World Champion title has a long tradition and an important place in the history of chess. At the same time the world of chess has a sophisticated, fair and strong rating system holding considerable merit. You might compare it to tennis and golf.

Don't think or golf is any the richer for not having a World Champion. Or are they suggesting that they sort of do via the rating system? If it was done on ratings you could have 20 world champions in a year (assuming done on live ratings). Would someone withdraw mid-tournamnet cause they were now world champion and didn't want to jepordise this?
Andrew

I think that's the point Andrew. Golf and Tennis don't have a world champion as such but they do have a World Number 1. I believe their lists are updated after each tournament but I could be wrong about that.

Whether those sports are entirely analogous with chess I don't know, but it seems (to me at least) that they're closer to our game than football is

I think golf is quite close in a number of respects...but as I say, golf has its Ryder Cup and its majors. What, other than the world championship, do we have for outsiders?

Right now the outsiders don't seem to be interested in the World Championship either, EJH. More's the pity.