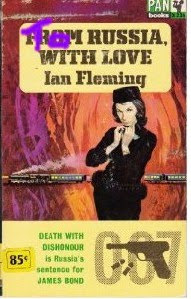 For today’s post, dear reader, I must ask you to cast your minds back a month. Back before we started calling the lobbing of beardy fellows out of helicopters a "burial at sea"; back before some bloke who looks a bit like our own T.C. got hitched to a common bird and the entire national news media lost their sense of proportion; back before that brace of double bank holiday weekends and all that chocolate. Back, indeed, to the 11th of April and my post Invisible Anti Chess – the story of how, although at the height of his fame, Viktor Korchnoi was inexplicably unable to find a British publisher for his book on the 1978 Baguio World Championship match.

The availability of Anti Chess - or lack thereof - is really rather curious.  The fact is, its author being a defector from the Soviet Union notwithstanding, back in the early 1980s you actually stood more of a chance of clapping eyes on a copy if you were a dissident in Moscow than if you were a citizen of Great Britain and living in what used to be called (apparently without irony) The Free West.

That it was possible to read Anti Chess inside the Soviet Union, even illicitly, is kind of interesting, but what makes this sub-plot in the book's story worthy of its own post is this: Anti Chess found its way behind the iron curtain only because of the efforts of our old friend Raymond Dennis Keene.

As extraordinary as it might seem, to an already wonderfully entertaining career, we can add the story of how RDK smuggled banned literature inside a totalitarian country. As if that wasn't enough, he did it while acting as a second an Interzonal tournament which, since his conduct at such events has not always met with universal approval, makes the story of Ray's visit to Moscow in 1982 impossible to ignore. 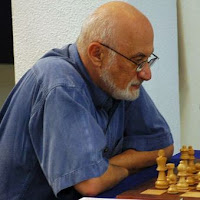 It was in September 1982 that Keene travelled to Moscow to act as a second for Larry Christiansen. If we take the American GM’s word for it, their working relationship was not an easy one,

“… he didn’t live up to expectations. He was paid $3,500 by the American Chess Foundation but he seemed more interested in making book deals than helping me. We were two weeks in Moscow. I had just one adjourned game ... a very complex rook ending and he showed up inebriated and collapsed. Why me, God? I thought.”

but nevertheless, perhaps glad of an opportunity to get away from the chess, the pair took advantage of one of the rest days to visit dissident Grandmaster Boris Gulko.

There years earlier Gulko and his wife, Anna Akhsharumova, had applied to emigrate to Israel, thereby instantly transforming themselves into pariahs in the eyes of the Communist authorities who were most unwillingly to let them go. The Gulkos were soon subjected to surveillance and harassment by the KGB and at times even banned from playing chess.

We now know that the pair were eventually allowed to leave in 1986, but when Keene and Christiansen visited them, of course, nobody could have known when, how, or even if their situation would ever be resolved. If one thing was clear, however, it was that the intransigence of state officials had not diminished in the slightest their determination to leave their homeland behind.

The Gulkos became desperate to draw attention to their cause. A hunger strike timed to coincide with the 1980 Olympiad proved ineffective so two years later they changed tack and planned a series of public protests outside the playing hall at the Moscow Interzonal. After the first, the displaying of a banner proclaiming “Let us go to Israel” opposite the entrance to the tournament hall, the pair were arrested and temporarily detained and during the second, an attempt to gain access to the building itself, Boris Gulko was physically assaulted by a member of the security services in full view of queuing chess fans.

That Keene and Christiansen were prepared to visit the Gulkos at home in such circumstances was both an acknowledgement of their plight and a clear statement of support for them. The trip would be noticed, not just by the KGB, but by the world’s chess media too, ensuring the Gulkos would not be forgotten. Indeed it is from reports in the BCM (Vol 10 #11, November 1982)* that I first learned that Keene and Gulko had hatched a scheme for Raymondo to deliver a letter to FIDE on Boris’ behalf and help him earn some money by having articles published in the Western chess press, but that their plans had been scuppered when customs officers confiscated the manuscripts during a search of RDK’s and Christiansen’s baggage prior to their departure from Moscow. 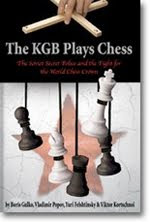 The story of Keene’s 1982 meeting with Gulko got another airing last year with the publication of The KGB Plays Chess (Russell Enterprises Inc. 2010). I wasn’t particularly surprised to see it there, but what really took me aback was the following passage from The Letter “Lahmed” Problem, Gulko’s own contribution to the book:-

“Refuseniks and dissidents were the natural channel through which banned books penetrated from the West into the Soviet Union. The tamizdat, as we called books published abroad, to distinguish them from the samizdat, arrived in the luggage of tourists and, apparently, also by diplomatic mail. Refuseniks were the channel mainly for Zionist and Jewish literature, dissidents for everything else. At one point, photocopies of Kortschnoi’s book Anti-Chess spread around Moscow with a dedication to me on the title page from the anti-hero of this book, Raymond Keene.”

How had it got there? A few pages later Gulko makes clear that he’d been given that copy of Anti Chess by the “anti-hero” himself. I wondered whether that really could have been true. It sounds like a rather dangerous enterprise, don't you think? What if Keene and Christiansen had attracted the Soviet border guards’ attention on the way in to the country as well as the way out?

RDK himself confirmed to me that the story is indeed true and, moreover, he rather modestly dismisses my post-dated concerns for his safety with a simple, “i dont think it was very risky-we were searched on the way out because we had met gulko!”.

Well maybe so. Raymondo was there and I was not, after all. Nevertheless, I think it’s worth reminding ourselves that we’re talking about a repressive totalitarian regime here and people were sometimes arrested for smuggling items into the Soviet Union. Five years earlier, for example, a number of reports appeared in the press [e.g. Briton Held by KGB is Charged, The Times 15th August 1977, page 1 ] concerning a British student, Andrei Klymchuk, who was imprisoned for six months after being caught entering the country with documents and some money hidden in his shoes.

Even if the RDK smuggling operation wasn’t a particularly hazardous activity, then, it certainly wasn’t without any risk at all. All the more so considering that all this happened at the fag end of the Brezhnev era – Comrade Leonid died just a a few weeks after Keene left Moscow – and oppressive authoritarian regimes are always at their most unstable and unpredictable at times of transitions of power. 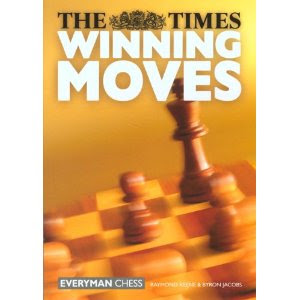 Never let it be said that Raymondo's 45-year career in the chess world has been anything less than colourful. Sure, he's made more than a few off-the-board moves that might best be annotated with a "?!". That shouldn't prevent us from tipping our hats to him when he comes up with a good one, though, and smuggling a banned book into the Soviet Union to give to a man fighting for his freedom is most definitely worthy of a "!!" by anybody's standards.

That just leaves the question of why it was the British chess fans didn't get to enjoy Anti Chess too. That we come back to next Monday (hopefully) when this trilogy of posts concludes.


* A rare but pleasing example of something appearing in the BCM, but not CHESS (the October 1982 CHESS only mentioned Gulko's protests). It is no accident, I'm sure, that by this time Bernard Cafferty had taken over from Brian Reilly as editor of the BCM.

People tell me I look like a handsome Prince William.

They used to tell me I looked like the young Mick Jagger.

They don't no more.

Fair play to Ray on this one. Presumably his stuff wasn't thoroughly gone through on his entry into the USSR? That's what I'd have been afraid of in his situation, though I suppose from his point of view, the worst that would have happened in that situation would have been a night in the cells and being put on the plane home.

"I suppose from his point of view, the worst that would have happened in that situation would have been a night in the cells and being put on the plane home"

I'm guessing that's probably right - although being prepared to go through even that is rather praiseworthy, I'd say.

In terms of who RDK was dealing with, it's worth remembering that only a few months later the Soviets shot a Korean airliner out of the sky killing a few hundred people. Not a nice bunch.

I didn't mention this in the article because it happened under a new leader and may well not have happened when Brezhnev was still alive. Not necessarily directly relevant when assessing what might have happened should he have been caught, but a rather good example to show that the Communists weren't big on respecting the human rights of other nations' citizens or indeed their own.