This is the end IV 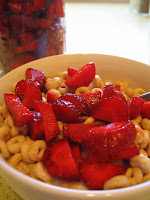 Fruit, eh? Don't get me wrong, I like fruit, but that Five a Day thing is bullshit, isn't it? I get that fruit and veg are good for me, but eating that much on a regular basis? Impossible for any human being living in circumstances that might reasonably be described as normal, I'd say.

I feel much the same way about chess endgames. We've all been told at some point that playing endings is good for our development, but just try upping your endgame count and see where you get.

Although I've been wanting to play more endings this year, it seems that it's going to take something more than simply saying, "right, I'll do more of that, then" to achieve. I've tried playing adjournments and quickplay finishes in my games for S&BCC and while they are obviously superior to adjudications, they both have drawbacks in terms of helping with endgame practice.

Is it time to accept that club chess just isn't particularly endgame friendly? 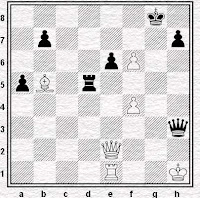 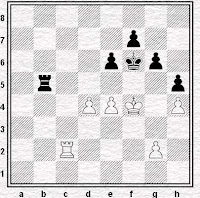 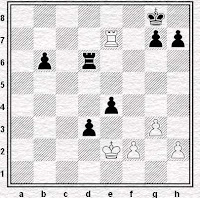 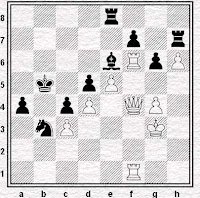 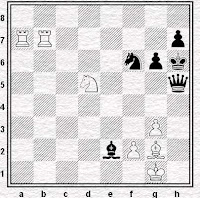 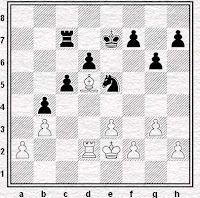 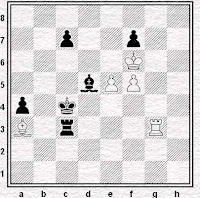 Adjournments seem like the ideal way to finish a game of chess from the point of view of a person who's looking to play endings. If, like me, you play in the London League, there are no particular difficulties getting back to the venue and with a second session you get plenty of time to think about your moves.

The problem is that for the most part adjournment sessions don't actually materialise. Even in the London League they can be a pain - the central venue might be better seen as mutually inconvenient rather than the reverse - and, much more often than not, the players concerned agree a result based on the adjourned position.

It's easy to understand why. Take my third 'non-adjournment' of the year: I (Black) was two pawns up in a rook endgame.  At my level there's still a way to go before it's all over and yet it clearly must be winning so it wasn't a surprise when White decided he didn't fancy making a special trip to Golden Lane for a tiny chance of saving the game.

All told I 'adjourned' seven games during the 2010/11 season - see above - but not a single one of them was actually played on. 'Self adjudications' are probably a more accurate description than 'adjournments' for these games. This wasn't an unusual year either. In the previous three seasons I played around 101 games and only three of them required a second session. 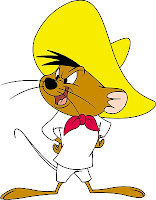 If adjournments aren't great for playing endings, how about opting for a quickplay finish as often as possible, then? Certainly it's true that my quickplay games typically last longer than my standard play games (41.8 moves to 35.6 moves on average in 2010/11), but while with this type of finish to a game I might get more of a chance to play an ending how much of it am I going to be able to take in when I'm fighting as much against the clock as I am the board? 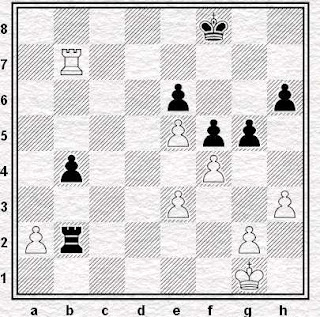 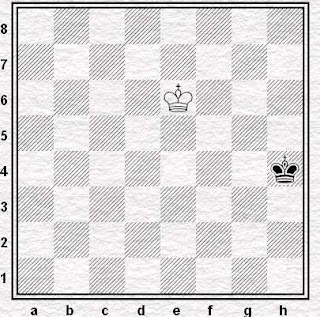 in 14 minutes of thinking time. That worked out at just 40 seconds for each move. I'm not sure the result would have been any different if I'd have played this on with a time control of 36 in 90, but I'd certainly have had more chance of learning something about rook endings if this one had been played-out over a second session rather than in a blitz finish.

Quickplay finishes have their place in club chess, for sure. As far as endings go, though, it seems to me that they're more an opportunity to demonstrate your existing knowledge (or lack thereof) than they are a chance to discover something new. That's true with the three-hour-or-less playing sessions that you get in weekday/evening league chess, anyway.

I'm not at all sure that there's a solution to any of this. Other than continuing to mix quickplay finishes with adjournments and trying to get the advantages of both, what else is there to do? Try to head directly for an endgame right from the opening a little more often (see BORP? V), perhaps? I'm not adverse to that strategy by any means, but without a stream of compliant opponents it's only ever going to have limited success.

Ultimately, then, I guess the answer is the same as it usually is with questions of developing chess ability. Club chess will only take us so far, so if I really want to get some endgame experience under my belt, I'm going to have to shell out some cash and enter a tournament or two. That's not the only reason I'm going to Sunningdale in a couple of weeks and Benasque in July, but it's certainly one of them.

In club chess outside adjudication and adjournment leagues, the move rate is some variety of the theme of G/90. Here and there you get shorter rates such as G/75 equivalents and sometimes marginally longer.

In county matches at weekday afternoons you usually get G/120 or G/135 equivalents.

Common to all these is the likelihood of having to play endings at a pace of 30 seconds or less a move. Think of it as a sprint finish to a marathon. Improvement in standards means that skill at playing endings quickly is vital to a high ranking outside of the hopefully shrinking pool of adjournment and adjudication based events.

"Common to all these is the likelihood of having to play endings at a pace of 30 seconds or less a move."

Hello anonymous. I'm sure that's true, but it's a question of extent isn't it? Having played in all the session lengths you mention within the past couple of years, it seems to me that there's a vast difference between a 7 hour session and one that lasts 2 hours 40. Actually I can feel the difference between 2-40 and 3 hours in terms of qplay finish.

Yes, you get to have to play endings eventually, but in the longer format - say game in 2 hours each and up - you at least get the potential for *some* reflection at first.

I agree with you regarding your last point though.

By which I meant that I agreed the ability to play endgames well - and as well as you can quickly - is important when you're not adjourning.

Not sure that I agree that I think it's necessarily good that adjournments are disappearing. Not in London anyway. Where there's no central venue I imagine that they'd have less appeal than in the capital, though.

Why play adjournment?
Surely you have Fritz/Ribka at home.

It depends on the position doesn't it? The Bloody Iron Monsters are certainly helpful in some - but at the same time they are totally useless in others.

Next week there'll be a post when I talk about my most recent - position 7 in the post. In one particular continuation Fritz says I'd be completely winning (+7.00 or some such) but in fact it's just a dead draw.

Similarly position 6 - I don't think Fritz would be especially helpful in 'solving' that. Nor any of the others really.

The Q v N+B one looks interesting. What happened there?

I was Black and had hopes of being able to create a fortress but I couldn't and resigned (without resumption obviously). I suppose - my last comment not withstanding - that was one where Fritz was probably the most help but actually I'd found the key idea for White before turning the computer on.

And fortresses - of course - are not something that the boxes usually understand.

A quick check on Fritz dbase reveals that about 80% of games go over 30 moves whilst roughly 50% go over 40 moves. Of course the stats will be a bit different for league chess. Also as you point out often the games are terminated early to avoid a second session. Nevertheless it shows how absurd it is to adjourn at move 30. FIDE ought to make a rule that you cant adjourn before 40 moves ! - Joe S

I can't see the Surrey County Chess Association accepting the authority of FIDE on that one.