When we were Kings XIX 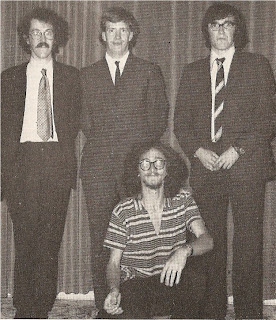 It is precisely thirty years ago this August that he - Paul Littlewood, not my friend - won the British title. No doubt the game was very different back then, but with the benefit of hindsight the opposition he overcame in 1981 - he scored wins against Gary Lane, Peter Wells, Robert Bellin (British Champion,1979), Murray Chandler and William Hartston (British Champion 1973 and 1975) alongside draws with Craig Pritchett, Nigel Short and Jon Speelman - looks pretty impressive don't you think? 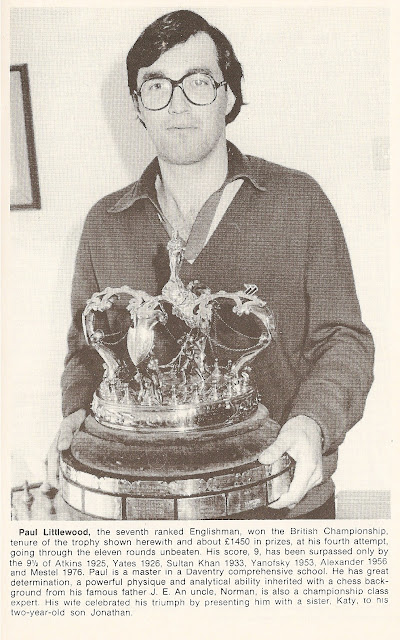 Anyhoo, in case you are wondering why this is appearing as part of a series of posts dedicated to chess in the 1970s I should say two things,

(a) as far as chess is concerned, the 1970s lasts from March 29th 1970 (the start of the USSR v World match in Belgrade) to November 19th 1981 (the end of the Karpov-Korchnoi World Championship contest in Merano) so the 1981 British Championship just sneaks in;

(b) I went to St. Albans to meet Paul* because he had some 35-year-old chess magazines that he was looking to pass on.

Which brings me to the photograph at the head of today's blog. That's Paul on the right, six years before he became champion, but who are the other three?  Without the caption - which I've cunningly cropped out - I'd only have got one.  I'm sure our esteemed readership will be able to do better.


* and pop in to see my friend

Obviously Mestel in front. Could it be a very young looking Tony Miles in centre ?
Joe S

Michael Yeo has it.

Jonathan - which pub in St Albans is it? I will make sure I pop in!

I got the others, but I would never in a million years have got Corden.