It was an enjoyable afternoon, albeit a confusing one at times for my young friend.

"Can't I do that?" Zac asked at one point, glancing up at me with a quizzical look in his eye.

"Not all at once," I replied. "Pawns can move two squares on their first go, and they do capture diagonally like that, but they can't do both at the same time."

Zac is seven. He got a chess set for Christmas and had pretty much taught himself the way the pieces move. He might not have got it all entirely right - wanting to play his knight from b1 to c5 was another of his novelties - but was a never too far off.

Charlotte plays too. She's three years older than her brother and, which way around the king and queen start aside, is much more confident about the rules. She told me she'd learned chess at school during 'quiet time'. Chess is one of the things they can do while the volume is turned down and one week a friend had showed her the moves. 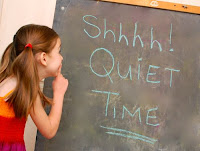 Chess is most definitely not on the curriculum at Charlotte's school and, Malc Pein's efforts notwithstanding, I can't help feeling that's how it should be. When kids are leaving education with good grades in their English exams and still not knowing how to use an apostrophe, I'm not sure that it's the teaching of chess that is the top priority.

Yes, I know it's claimed that the introduction of chess to schools aids rather than inhibits academic attainment. I may or may not get around to writing something more on that at some later date. For now let's just say that, pleasing-to-the-eye brochures notwithstanding, I'm far from convinced that the statement that chess "makes children smarter" is true in any meaningful sense. Even if it were it's a really poor way to encourage participation in the game for the simple reason that there's an infinitely better argument readily available. Our old chum Nigel Short wasn't talking about chess in schools per se, but he hits the nail on the head here, I think:-


Give a message to all children who want to take up chess. Why should they?

Play chess because it'll be fun? That's something Zac and Charlotte have worked out for themselves. Other kids will too if we let them.

Quiet Time photo from the Frugal Family Fun Blog
Posted by Jonathan B at 8:00 am