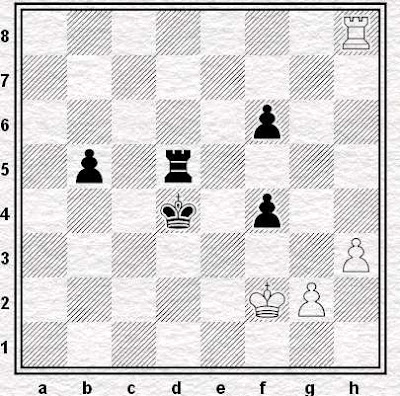 White to play
“Oh no, not a rook ending. I hate these rook endings, just so you know”
Jesper Hall

Well here we are, over a week into 2012 already. It’ll be Christmas again soon.

Anyhoo, to kick-off the New Year, I’m going to have a look back at the last one. It was certainly an unusual twelve months for me. Chessically speaking it was a case of more and better (for the most part) than ever before, and it was different too

Let’s start with the more. In 2011 I played a total of 88 graded games. That’s getting on for three times my usual chessing rate and if you include rapidplay games (24) I broke three figures for the first time ever.

The reason for the increase in activity is simply that last year, for the first time in my life, I regularly played in tournaments. After deciding that 2011 was finally the time to take a holiday in Benasque I thought I could probably do with a warm up and so I entered the e2-e4 events at Sunningdale in May and Gatwick in June. I enjoyed those so much that when I came back from Spain I finished the year playing several more: Twyford, Sunningdale again, Imperial College and the London Chess Classic Open. That’s as many tournaments between August and December 2011 as I had played in the preceding ten years put together. 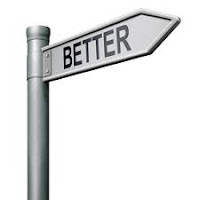 2011 wasn’t just a year of more chess for me, though. Quite often it was better chess too. Winning the Sunningdale Major was by far the best tournament result of my life and when I look back at individual games I see that I met all of the three highest-rated players that I’ve ever beaten in the last twelve months.

Chess, however – I’m sure you don’t need me to tell you this - is always ready to kick us in the nuts. So what if my grading performance in fifteen club and county games since the start of the 2011/2012 season comes in at 180 ECF (approx 2090 elo) and 8 points above my most recent published grade which was already my highest ever? I still ended the year with a truly dreadful display at the LCC – my elo has already plummeted and no doubt my grade will soon follow – but that terrible result notwithstanding, I feel that in terms of playing strength, I made a small but definite step forward in 2011 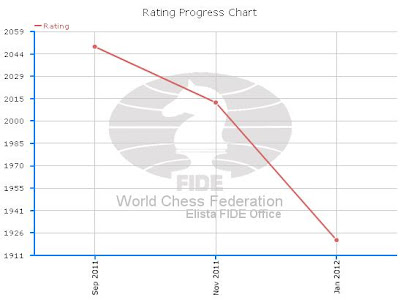 Which brings us to the “different” and the quote from Jesper Hall at the head of today’s blog.

Before last year I don’t think I’d have gone as far as Hall and said that I “hated” endgames (of the rook variety or otherwise), but that would have been because I hardly had any feelings about them at all A few posts aside – for example October and December 2008 - in twenty-five years of chessing endgames had almost never attracted my interest.

In 2011 that all changed. I seemed to be playing more endings in my own games and I started blogging about them too. I even began studying them and, surprise surprise, the more interest that I took in endgames, the more I found endgames interesting.

Take Jesper Hall’s hated rook endings for example. I might have found them dull before, but now it fascinates me that while this 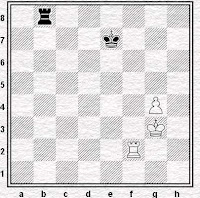 is a draw, if you push everything one file to the left 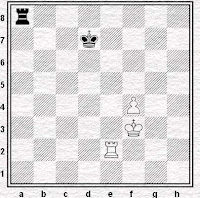 White has one move that wins. Bring Black’s king a single rank forward, however, 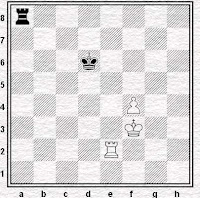 and it’s a draw again. It’s remarkable that the whole game can hang on such apparently insignificant details isn’t it? Sure, this kind of thing is a world away from some kind of double-edged middlegame position, but it’s hardly dull.

... endgame technique is not just knowledge of manoeuvres and theoretical positions. It is also a matter of accuracy [and] calculation ....

That sounds rather like what good chess – any kind of good chess - should be, doesn’t it? Whatever. Coming around to the idea that endings might be worthy of a much closer look than I’d been given them has certainly broadened my chessboard horizons. 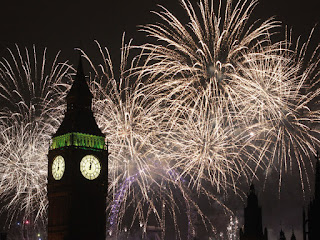 Well that was my 2011: lots of games, a smidgen of success and a newfound interest in the endgame. Last year was really quite unusual for me and yet, when I think about it, I didn’t actually intend any of it.

It wasn’t a conscious decision to play more and I certainly didn’t sit down and conclude that studying endgames would be a good idea. It all happened more or less by accident and I just kind of went with the flow … which makes me really curious as to what will happen this year. Let’s find out shall we?

I've only recently started developing a taste for endgames myself. Although initially it was motivated by practical reasons (seeking better results), I'm actually starting to enjoy them. Which also strangely increased my enjoyment of the middle to late midgame, as I no longer tense up with that Sunday evening feeling at the perspective of an endgame. Sunday evening feeling? Remember when you were a kid and Sunday evening swung around, you were sitting there dreading the fact that you were going back to school the next day. Even though you were still on a day off.
Also what about Fridays? People are apparently happier on Fridays than on Sundays, even though they have to go to work on Fridays. So people are happier thinking of the good things that are coming than actually having them. Strange eh?
Oh yeah, chess. Recently managed to win a couple of games where I'd been playing crap the whole way through by struggling to a slightly inferior endgame. No hardcore endgame knowledge involved (no Troiksy line or whatever), just a general appreciation of where the pieces need to be, what they need to do and how they need to do it.
That actually reminds me of another advantage of being good at the endgame. If you get a reputation as being good at endgames, people will try all sorts of desperate stuff to try to avoid them, often going in dodgy attacks and such. So you'll win more games from the middlegame as well!