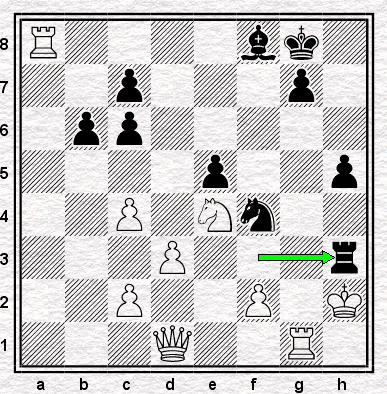 Position from a variation which did not take place.

What was the variation and in what game might it have occurred?

As in previous years, we're going to be running a series of Xmas puzzles, starting tomorrow, one puzzle on each of the twelve days of Xmas. However, in a change of format from previous years, we are not, this year, going to ask you to solve any problems or studies.

What we are going to show you is twelve positions that could have occurred in real-life games, but did not: variations which were not played and which would, had they occurred, have resulted in a different result to the game.

The position above is an example. Rf3-h3 mate would have been the culmination of a variation that Black could have played, but did not - and Black failed to win the game.

But what game was it - and what was the variation that went unplayed? The answer can be found at the bottom of the column.

The Streatham and Brixton Chess Blog takes this opportunity to wish all its readers a Happy New Year and trusts that they enjoy the festive season. Whatever happens - do be sure to have a good time with your friends. 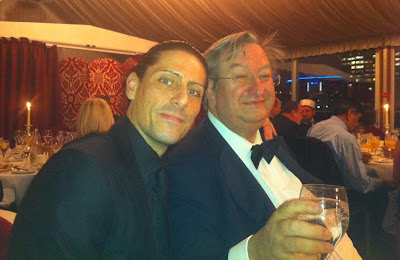