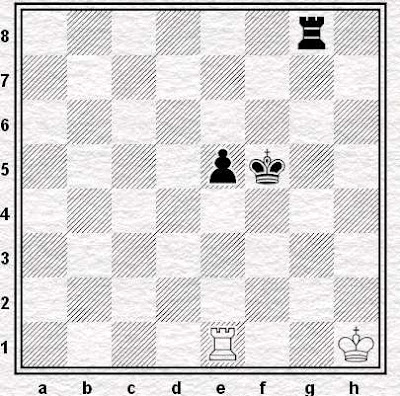 So from what point could you have won that against Carlsen on thirty-second increments?


Since there's little of any importance going on in the chess world today, why not spend your bank holiday Monday thinking about rook and pawn technique? Well, first make sure you check out Martin's Mr Rosenbaum's Chess Painting #10 from Saturday and only then get to EJH's question: if you were playing against The Magster in round 13 - EFing Rook Endings - how would the game have turned out?

My initial feeling was that, against Carlsen or anybody else, I'd have been pretty confident of winning from the position we see above. Pawn on the fourth and the king cut off by two files. I knew the technique - Grigoriev's Combined Method - to sort things out form there.

Or so I thought. As we will see there's a feature of the position that I hadn't taken into account. When it comes down to it, it's a matter of technique ... and mine was lacking.

The Man (or maybe not depending on how it turns out today):
overjoyed to be giving you a game


So, at what point could I have won this game? Well certainly not from the time Carlsen-Ivanchuk entered the rook ending … 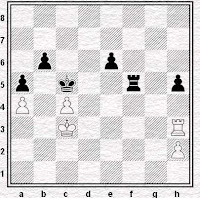 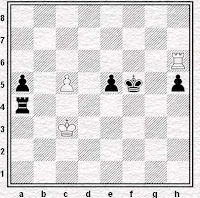 Like anybody else, I could have won from the time it got to 2 v 0 … 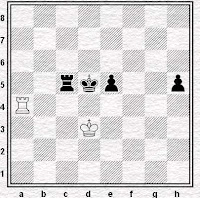 … if only by using the increments to shuffle around until I stumbled across the winning plan by accident.

Actually it’s not too difficult to find the right plan per se – push the h-pawn and eventually sacrifice it to drag the defending king out of position – it’s more that the resulting rook and pawn versus rook positions are trickier than they look. There tends to be a very fine line between "trivial win" and "dead draw" in this kind of thing.

So whilst I might have won from this there, I wouldn’t have been confident until we reached the position at the head of today’s blog.  This was my original answer to EJH when he posed the question ... 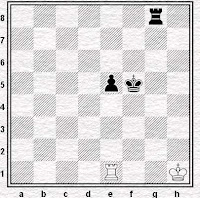 ... but then a little while later I had to acknowledge that I was wrong. For some reason, perhaps the heat of the moment as I watched the moves coming in live, I hadn't considered that the defending king is cut off on the short side.

Central pawn on the 4th, defending king cut off by two files. I knew for sure that was a win regardless of where the other side's pieces are. What I was thinking about was something like this …. 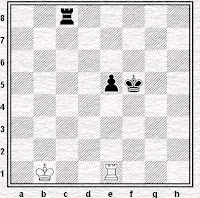 ... which looks like it shouldn't make any difference, but having the king on the other side of the board means you need a different winning plan. The technique, which you can find below, is all about forcing the pawn over the halfway line at which point you know you’re going to be able to get Lucena. 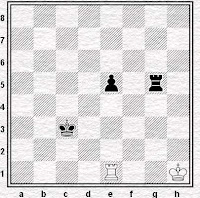 Astonishingly, if you defend the pawn from behind as usual … 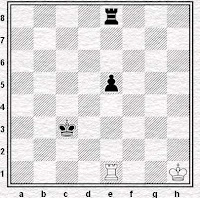 ... White can draw after something like 1 Kg2 Kd2, 2 Re4 Kd3, 3 Ra4 because his king won't get in the way of checks from the side … and if you don’t believe me you can Nalimov it for yourself.

The Short/Trent plan with ... Rg5 does still win with the defending king stuck in the corner although Chucky’s idea of coming to the f-file is clearly more efficient. Interestingly, though, if we improve White’s king, say to h4 … 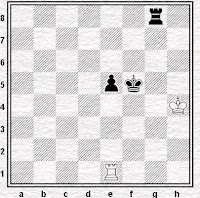 … zugwang and threatening mate is the only way to win. Nothing else works.

It’s not so easy to see, but if you’ve got your opponent’s king cut off by two files and it's on the short side, that’s what you’ve got to do. In the end it’s just a matter of technique.