About this time last year, a Telegraph piece appeared plugging "a young entrepreneur and chess enthusiast". 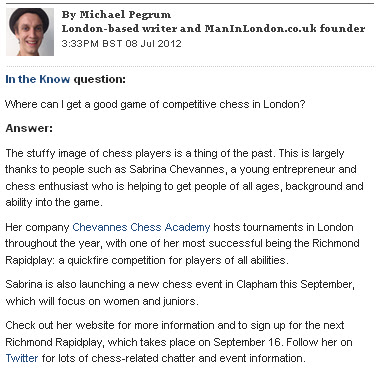 According to the piece:

and indeed the entry form for the following Richmond Rapidplay 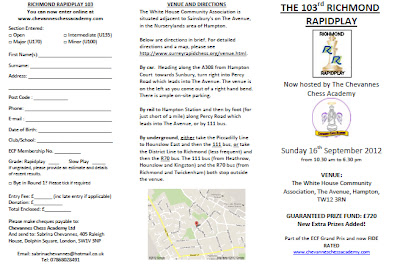 noted that it was "now hosted by the Chevannes Chess Academy" 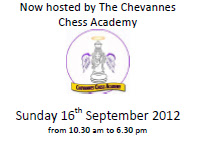 and cheques were to be made payable to the limited company of that name.

What's curious about this is that if you examine the company records for the limited company of that name, extracts from which appear below 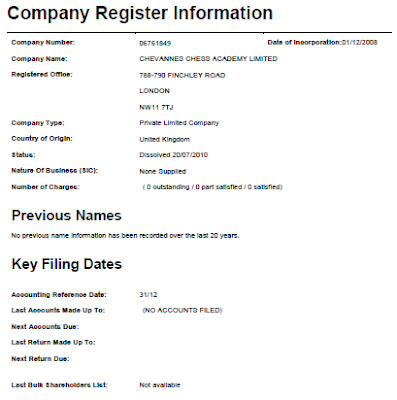 it says that no accounts were ever filed

and that the company was "dissolved"

So, what's puzzling me is this. If a company was struck off and dissolved in July 2010, how could plugs for the same company have been appearing in the press two years later?

And how, two years after being struck off and dissolved, could a company have been asking chessplayers to send cheques payable to its account?

And in general the answer to the question 'how come a journalist is promoting a company that's been struck off?' is 'most if not all journalists don't do company searches on companies they are writing about', isn't it?

Amateur hour! Sabrina should have asked my advice on how to profitably dissolve a limited company.

A company named Chevannes Chess Academy could have been incorporated after a company of the same name was struck off. But that hasn't happened - see here for info. (Click 'Find Company Information' on the right).

And in general the answer to the question 'how come a journalist is promoting a company that's been struck off?' is 'most if not all journalists don't do company searches on companies they are writing about', isn't it?'

Of course. Especially if they are not told there is anything amiss by anybody in a position to know this may be so.

Angus (and ejh) - both true enough.