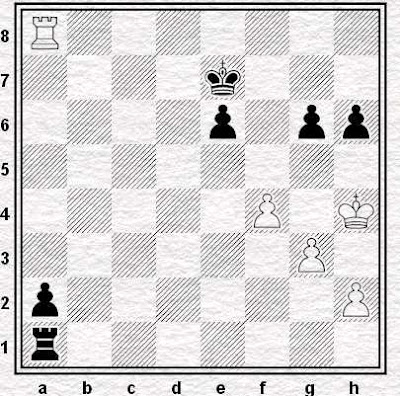 Many players believe that Rook and Pawn end games are terribly boring affairs which nine times out of ten end in a draw.  I must admit that I was one  of these players until in a London League first team match - plodding along in an ending a pawn up and cursing whoever had invented rooks - I reached the following position ....


"Would you like to write one of the Knightmare! Scenarios articles?",  Martin asked me. Well yes I would, and it was always going to be this one. How could I resist an intro like that?

I don't know Alan Westwood, but assumed that if he was playing in the S&BCC London League I back when Knightmare! was being published he must have been pretty tasty. Angus and Robin confirmed that.  He would have been about 180 ECF strength, they told me. That's old money, of course, which feels like it means a little more than 180 does today. If only because guys like Alan didn't have engines (rubbish at rook endings admittedly), tablebases and the internet to help them along.

Rook plus four vs rook plus three - three vs three on the kingside, passed pawn on the queenside. An attempt to understand this kind of position coming to a Monday blog post near you soon (one thing I do know, though: it starts with something that every Newham schoolkid knows). In the meantime, enjoy a rook endgame, click on the scans below for an impressive amount of adjournment analysis and a superhuman effort with the page layout at a time when the hottest technology in the field was a typewriter. 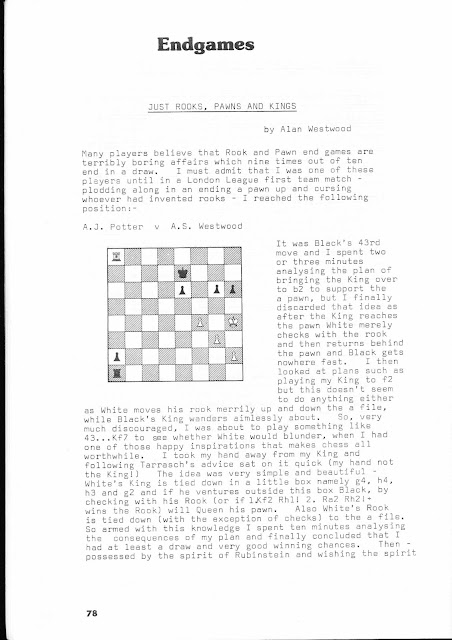 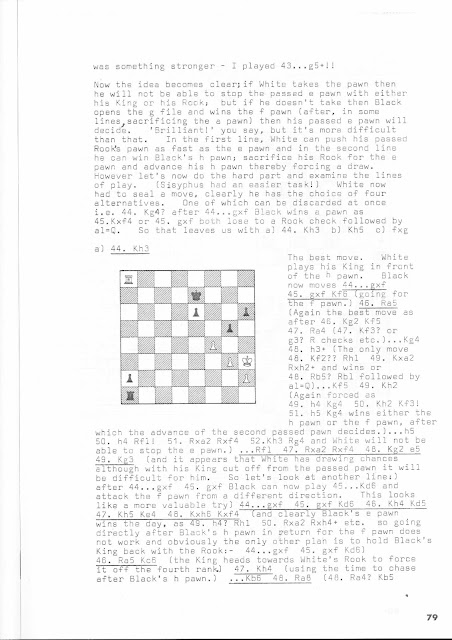 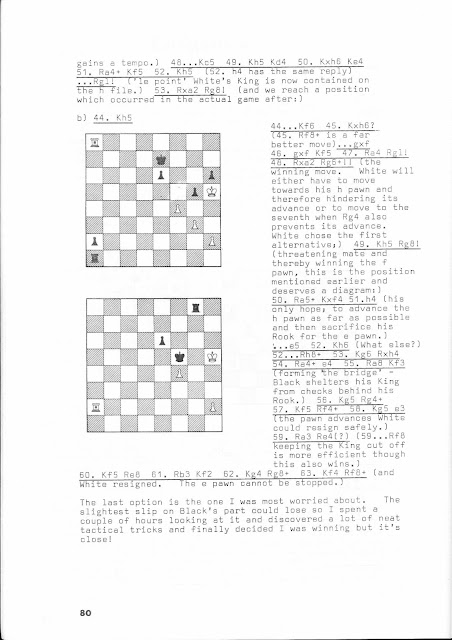 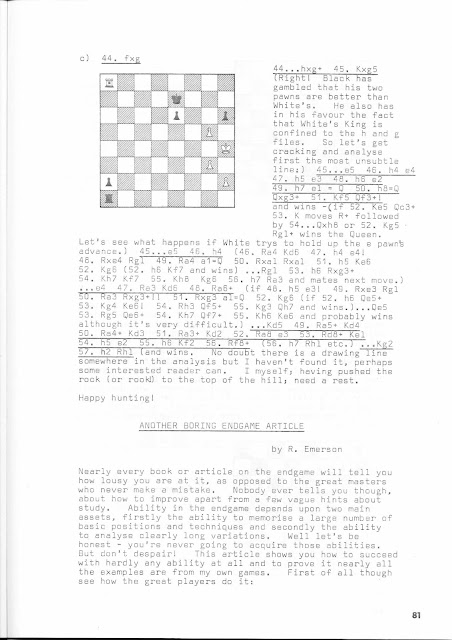