Less is more of the same

"Essentially paralysed with nothing constructive whatsoever he can undertake" 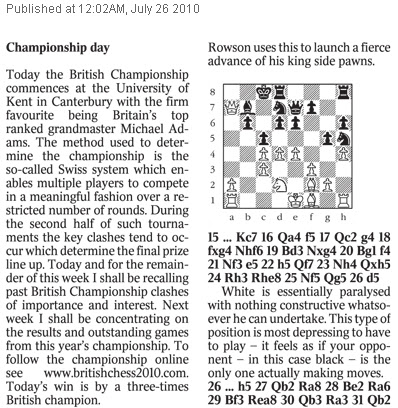 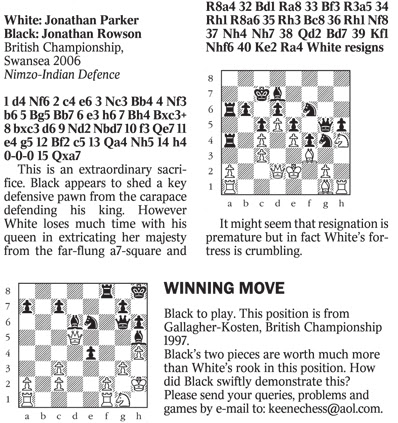 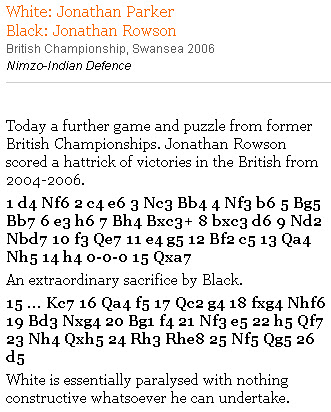 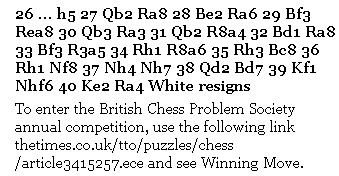 Still, just in case I give the impression of doing even less work on my blog posts than Ray does on his columns, let's also use this post to look forward to the hundredth British Chess Championships which kick off in Torquay on Monday. Normally we try to blog daily during the tournament, so if you're all very good, we'll see we what we can do.

We also hope to bring you some posts about the tenth South Wales International Open, in Penarth, in which two of your bloggers recently participated. The Penarth tournament was, as it happens, a qualifying tournament for the British Championship. Looking at the final standings.... 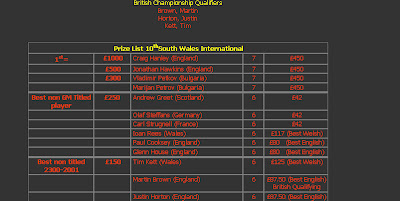 Good Lord! That name in the middle appears to be mine. I seem to have actually qualified for the British Chess Championship. More of the same, it isn't.

Too late for me to arrange to play this year, but they tell me that I can defer my entry, and I've done precisely that. So in 2014, I'll be playing.

Enjoy the weekend. And enjoy the tournament.

(For information, Tuesday's post has been updated to include an earlier example of Olafsson-Wade.)

One minor mystery is that whilst the overall dates for next year's British Championship Congress have been announced, the ECF have not officially announced where it is yet. A name was mentioned, but then withdrawn, so it remains speculative whether that's the venue or whether somewhere else is in the frame. Up to a point secrecy is justified, but the ECF Board has the habit from time to time of taking it to extremes.

There's already a timing issue for 2014, the slot for the Congress has been announced as the last two weeks of July, but that would clash with the start of the Tromso Olympiad, so the timetable for the Championship proper may have to vary from the traditional 11 rounds in 12 days format, ending on a Friday.

The hunt must surely be on to find the most recent 100% original Keene note from the Times or Spectator (or Tribune etc).

At the risk of ignoring the main point of your post, I really love that Rowson game.

Only relevant to the ejh's Qualification for the British. The ECF have now announced that Aberystwyth University is to be the venue for the 2014 British. The same ECF minutes which now reveal this, also reveal that David Welch applied for and was rejected for the vacant position of ECF CEO. That's not of itself worthy of any more than a footnote, were it not for the point that attempts to mention this on the normally tolerant ecforum even without disclosing the name have been summarily deleted.

I wonder if any of your losses in the 2014 British will get annotated in the Times, Spectator and Australian?

If I annotate them here first I guess there's every chance.