On 22 February 2011 Ray Keene's column in the Times annotated the sixteenth game of the 1952 match between Reshevsky and Najdorf. The column is below. 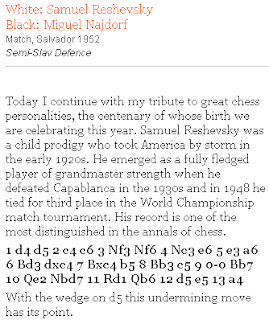 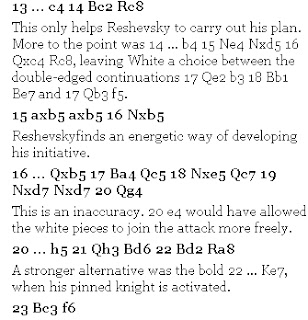 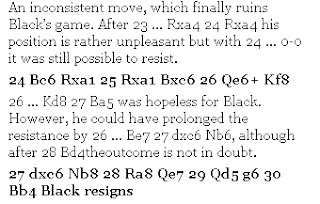 On 2 May 2011 Ray Keene's column in the Times again annotated the sixteenth game of the 1952 match between Reshevsky and Najdorf. The column is below. 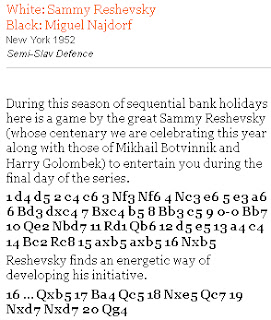 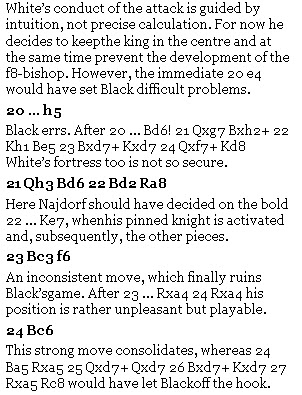 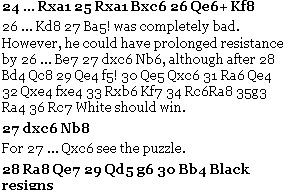 The two columns are not identical. But - on an inspection which they presumably have not previously received - they're pretty close.

They're pretty close to something else, as well.

You think they're plagiarised from Part One Of My Great Predecessors? 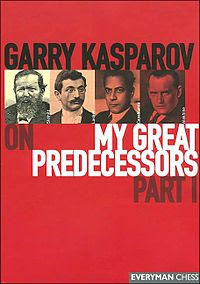 Good Lord no. Absolutely not.

They're plagiarised from Part Four. 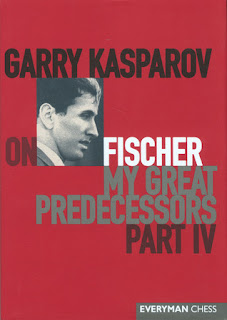 My Great Predecessors, by Garry Kasparov, Part Four. Published by Everyman in 2004. The Reshevsky-Najdorf game is on pages 69 to 73. 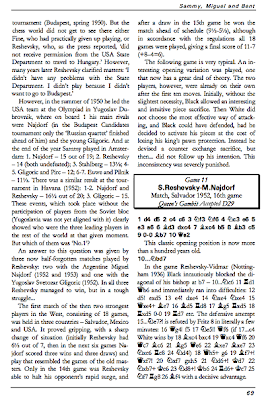 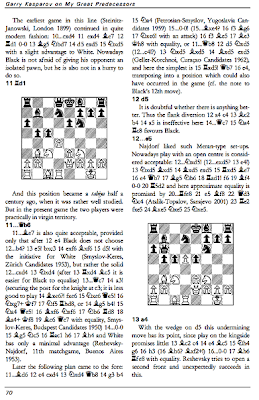 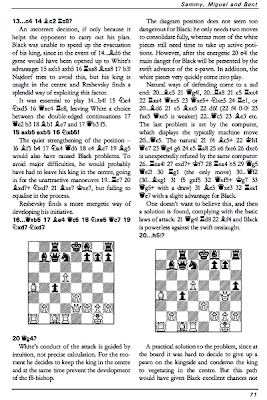 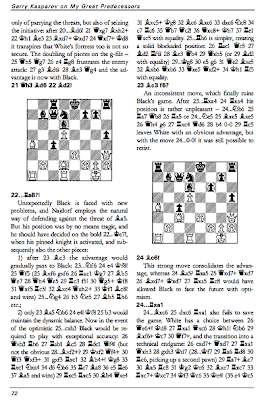 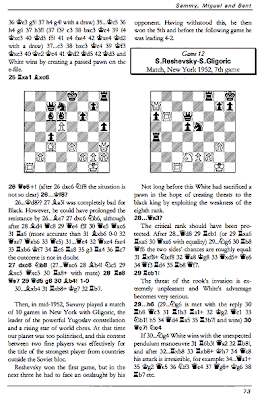 Here we go. I'll try and keep the commentary to a minimum.

There was no annotation for this move in the May column. 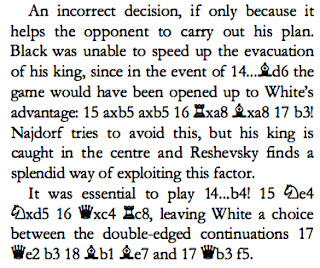 Again, there was no annotation for this move in the May column. The origin of the February note is clear. 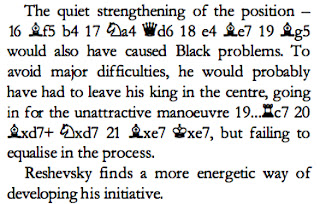 I've not given all the note from My Great Predecessors, since it's far too long. The February note does not appear to be lifted from it. The same cannot be said for the May note. 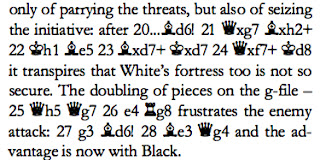 No note for this move in the February column.

Again, the note in My Great Predecessors is too long to be worth reproducing in full. I've excerpted the plagiarised section.

Not annotated in February. Not original in May. 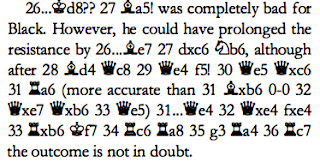 All of which proves nothing we didn't already know, except maybe that Ray can copy as easily from Part Four of My Great Predecessors as he can from Part One.

Still, I liked this. There's an error - two errors - in the heading to the game in My Great Predecessors.

But not only is the opening not a Queen's Gambit Accepted (it's a Semi-Slav) but as the earlier text suggests, the game wasn't played in Salvador, where the match began, but in New York, where it finished.

The first attempt at plagiarising the game notes in the Times copied the location error.

Ten weeks later, though, given a second chance, Ray spotted the error and corrected it. The game is correctly stated as having taken place in New York. Though it does, now, leave out the information - not of great importance - that it was one game in a longer match.

Of course it also left out the information - of very great importance - that the notes were plagiarised by the truckload from My Great Predecessors. But you can't have everything, can you?

So how many blog posts like this do you have to write before Ray is punished in some way?

Or until I run out of material, or die, the last-stated of the three being presumably the favourite to happen first.

Who do you feel the closest to, Frank Grimes or Sisyphus?