Amateur Hour IV: One Small Step For a Blogger 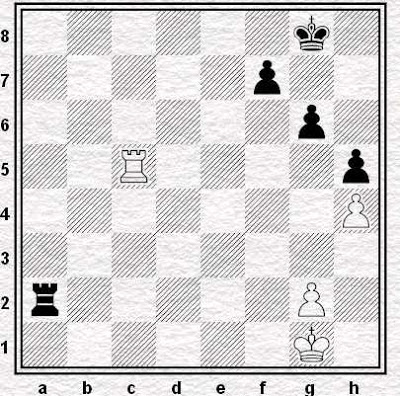 
I'm writing this before I go to Penarth, although by the time you read these words I'll have been back for a day or two. On the assumption that the journey home will leave me no time to write on Saturday, and that I'll be fancying a break from chess on Sunday, it seemed sensible to get something in the bank.

So it's back once more to my rook ending year thus far. I've had a bunch at Golders Green (AH: The Morrissey Question), not all of which have been entirely successful (AH: The One That Got Away), and I had a pleasing second session entirely devoted to rooks and pawns too (AH: The adjournment).

I've also spent some time recently looking back at the games I played prior to 2013. All this extra rook ending experience has rather changed how I see quite a few of them. The game from which the position at the head of today's blog is taken being a case in point. 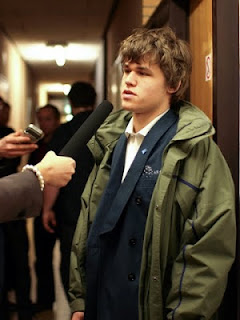 "They're not taking the piss this time?"
Carlsen hears of his latest appearance on S&BCB's 'Rook & pawn Monday'

It was an otherwise rather forgettable Surrey League game played a couple of years back. I played Kh2, which must be OK, and drew fairly comfortably anyway. Still, If I ever have anything like this position again I'd push g2-g3 without thinking. 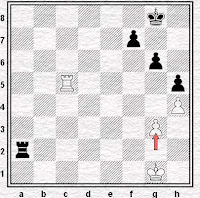 Just like Carlsen did against Short at the London Classic a few months after my game ... 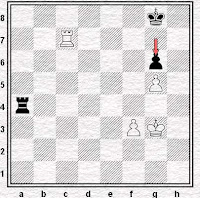 ... and just like he did against Grischuk a few years before. 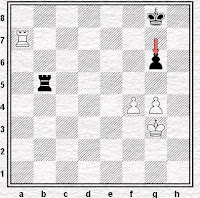 It looks counter-intuitive to trap your king on the back rank, cutting it off from the defence of the pawn, but when you think about it, how can the other side take advantage? The only way to attack the pawn is with the rook, but that would allow the king back in the game so in truth there's nothing to worry about.

Sure, these 3v2 or 2v1 pawns on the same side rook endings should be drawn. Still, it's possible to get yourself into a pickle if you're not careful and one way to do that is to let yourself get a little cramped as the attacker advances. Better, then, to advance your pawn and grab some space when you can.

My Kh2 worked well enough in practice on that occasion, but it looks a little clumsy to my 2013 eyes. A small sign, maybe, that my understanding of these positions is moving in the right direction.