The Survival Guide to 4 v 3 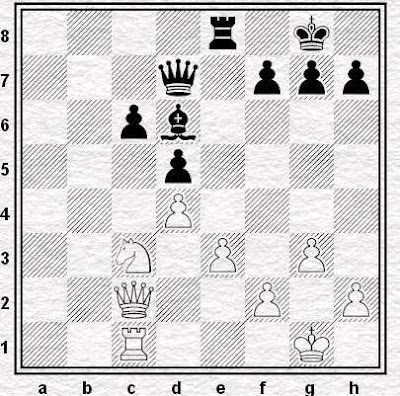 
Time (for me if not EJH) to say cheerio to Penarth. Hard to believe it was a month and a half ago already. Time seems to fly past ever faster these days. Anyhoo, in this last post I'll finally fulfil a promise and take a closer look at the '4 v 3, pawns on the same side' rook ending that I didn't get against Keith Arkell. 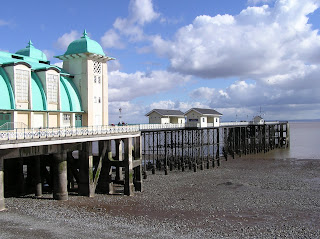 
Before Penarth any knowledge I had of these rook endgames with the pawns all on one side of the board came from John Emms' The Survivial Guide to Rook Endings (Everyman Chess, 1999). Since returning to London I've looked at Levenfish & Smyslov and found out about Gligoric - Euwe, Zurich 1953. Back in Wales, though, I was entirely reliant on what I'd picked up from Emms' book.

I certainly didn't have a clear memory of his analysis during the game. Far from it.  Of the fragments given below I had a good idea of the starting positions and final results of Cohen-Timoshenko and Kramnik-Kasparov, but no definite idea of how they got from one to the other. Of Sokolov-Chernin, Xu Jun-Liang Chong and Nikolic-Ftacnik I had no conscious recollection whatsoever. Even so, after rereading The Survival Guide and reflecting on my thoughts at the board I can see just how heavily Emms' book influenced the decision that I made. 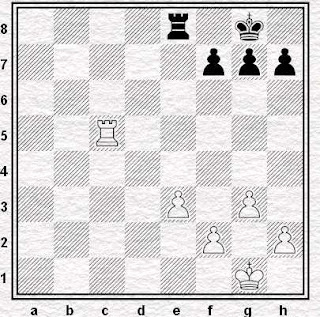 ...  we'd reach a rook endgame with me a pawn down, but with everything on one side of the board. I knew that the ideal defensive set-up in this kind of 4 v 3 position is to push … h7-h5 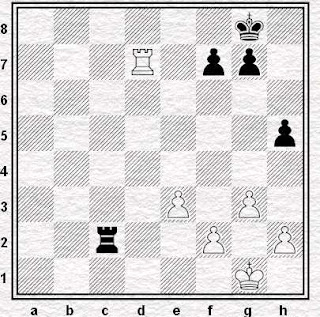 It’s still possible to go wrong [in the excerpts that follow I'll simply reproduce the game scores and the punctuation. If you want the analysis go get a copy of the book for yourself - it's worth it] …


… but on the whole saving the game is much easier when you’ve pushed your rook’s pawn forward two squares.


Notice, by the way, how Black is happy to let his king get cut off on the back rank here (Amateur Hour IV). Anyhoo, I clearly didn'’t have the option of advancing my pawn two squares, so what about 29 … h6 instead? 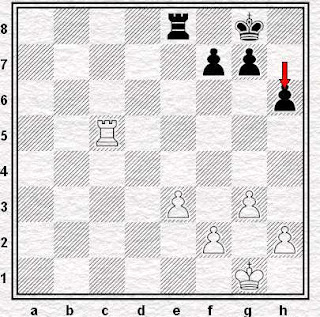 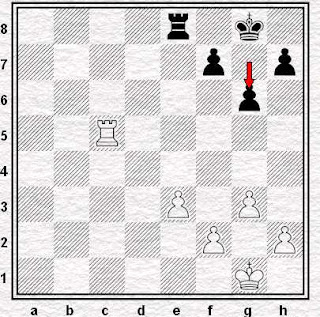 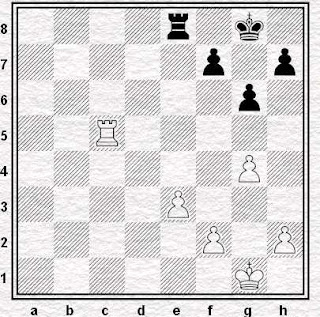 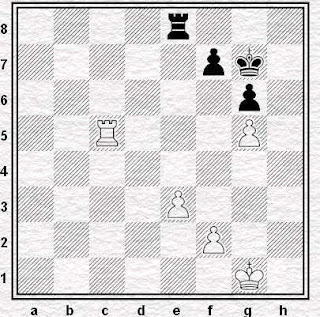 … but if Keith doesn’t push his g-pawn … 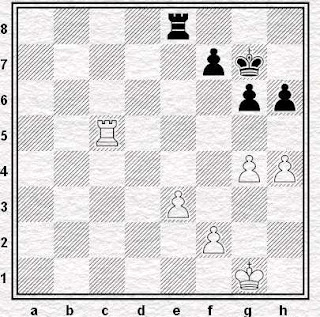 … I felt things could get rather unpleasant …


So in the end, given my position seemed perfectly serviceable at that moment (as indeed it was, although it wouldn’t be a second later) I decided not to trade down after all. 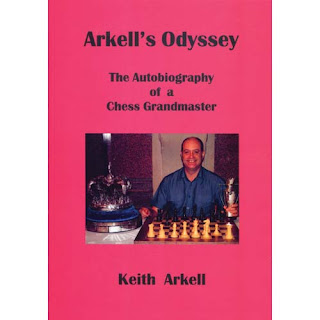 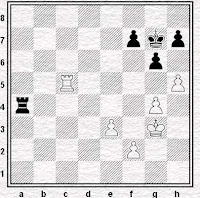 Later still I (re)discovered that almost this exact position (the only difference is Black's rook is on a8 rather than a4) is the end of the only variation that Emms offers on Nikolic-Ftacnik which he doesn't conclude is lost for Black*.

Not that I'd have saved the game in any event. The reality of defending that kind of ending is that Keith finds ways to keep the game going for as long as it takes for him to win it - a sentence I'd written before Anderson-Arkell from round 5 in Torquay, by the way - and if Ftacnik and Euwe can't hold this kind of position I'm certainly not going to. It would have been fun to try, though. Not to mention that it would have made a good blog post.

Holes in my understanding of this kind of endgame notwithstanding, I think rejecting the exchanges must have been objectively the right choice. It's not like I was obliged to toss the game away with 25 ... h5 instead.

And after all, you can't choose your moves on the basis of future blogging opportunities can you?  Can you?


* With the White rook on a5 and the Black rook on b1 the position would match Gligoric-Euwe at move 39 although there it was White to move. Which was supposed to be saveable, but Euwe lost in the end anyway.
Posted by Jonathan B at 8:00 am