DG V: In the news

Last week (DGIII: Dogs That Don’t Bark) we saw that the one piece of research which is commonly cited to justify claims that chess is an effective intervention to counter dementia actually contains no mention of chess whatsoever. Joe Verghese (and friends)’s article in the New England Journal of Medicine Leisure Activities and the Risk of Dementia in the Elderly, you will recall, talks merely of "playing board games and cards". This curious yet easily demonstrable fact notwithstanding, the journal article remains frequently cited as proof that playing chess reduces chances of dementia later in life.

How can that be? Short answer: it was in the news*. The Washington Post’s Mind Games May Trump Alzheimer’s piece being one example of the story that appeared in the press. What folk are referencing (if that’s not too grand a word in the circumstances, which it probably is) is not the Verghese research per se, but news reports about that research.


My original plan for this post was a lengthy explanation as to why relying on news media reports for accounts of scientific research is unwise, but, frankly, I can’t be arsed. I’m going to take it as read that we agree that material published in the press (or on tellybox news for that matter) sometimes contains mistakes because of the need to rush to meet deadlines, that sometimes mistakes are made because journalists don’t understand what they’re writing about and that sometimes errors of fact are printed because the journalists/papers have simply made stuff up.

Feel free to disagree with the standpoint if you wish, but if you do you might as well stop reading this post now. Which would be a shame because you’ll miss the good chuckle at the expense of the Daily Express which is coming in a moment. 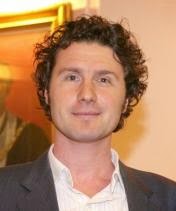 Goldacre: could be a chesser for all I know
(although his lack of tolerance for bullshit suggests that he probably isn’t)

True enough. And if you are presented with those conclusions in a newspaper you are assuming that journos' summaries of what the researchers’ conclusions were can be taken on trust. Do we really need to have seen the discrepancy between the Washington Post and Verghese in the New England Journal of Medicine to know that they can’t?

Enough. On with the mocking of the Daily Bollocks Express and its fondness for shouty headlines about dementia. They don’t seem to have got around to chess yet. If only they'd consult Doctor Garry. 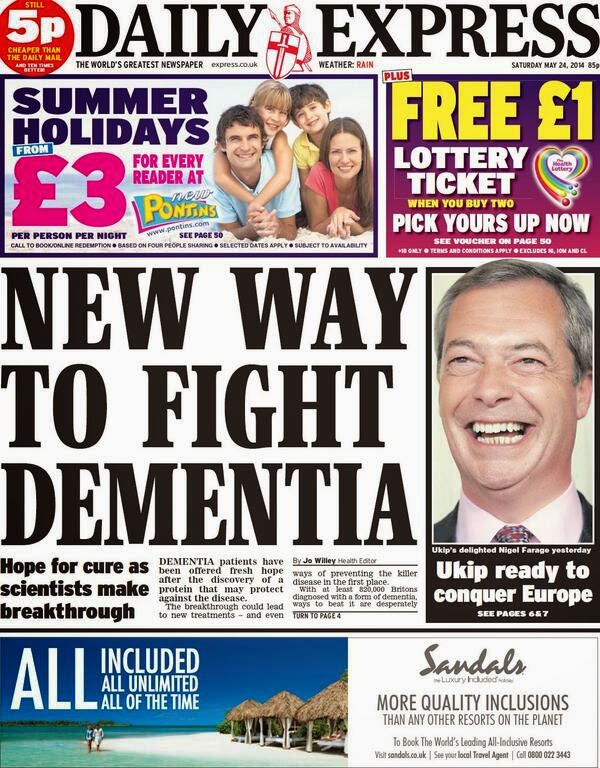 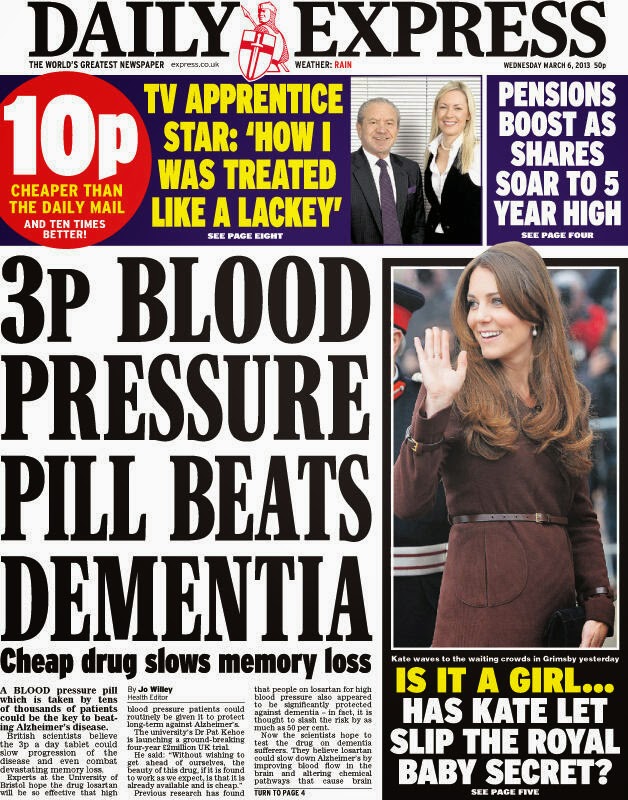 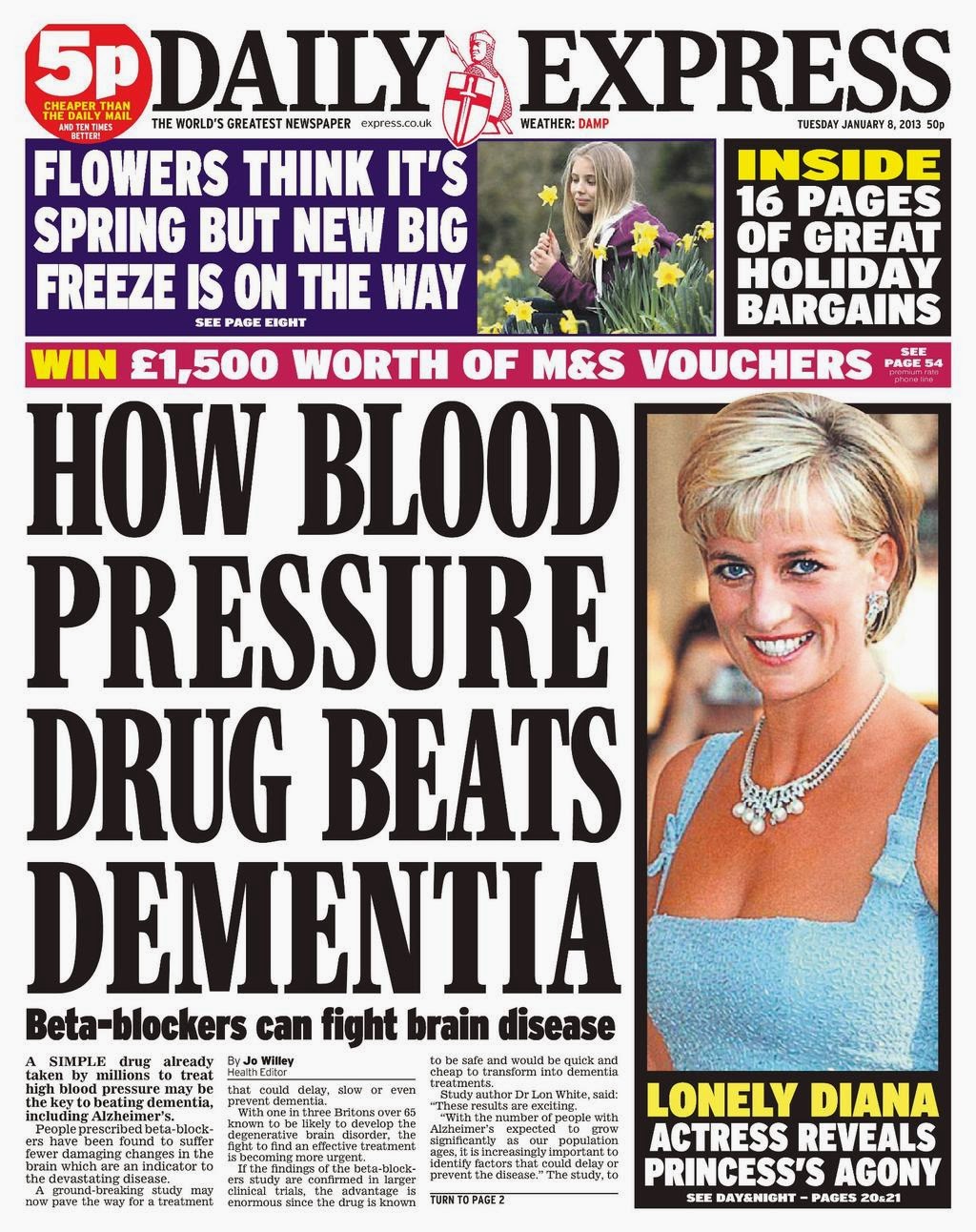 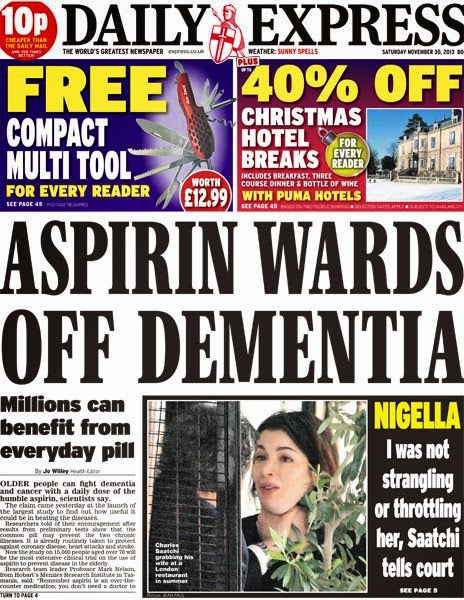 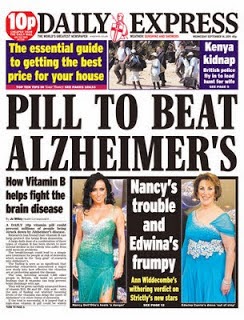 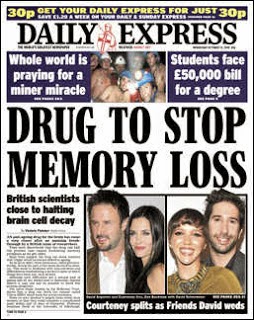 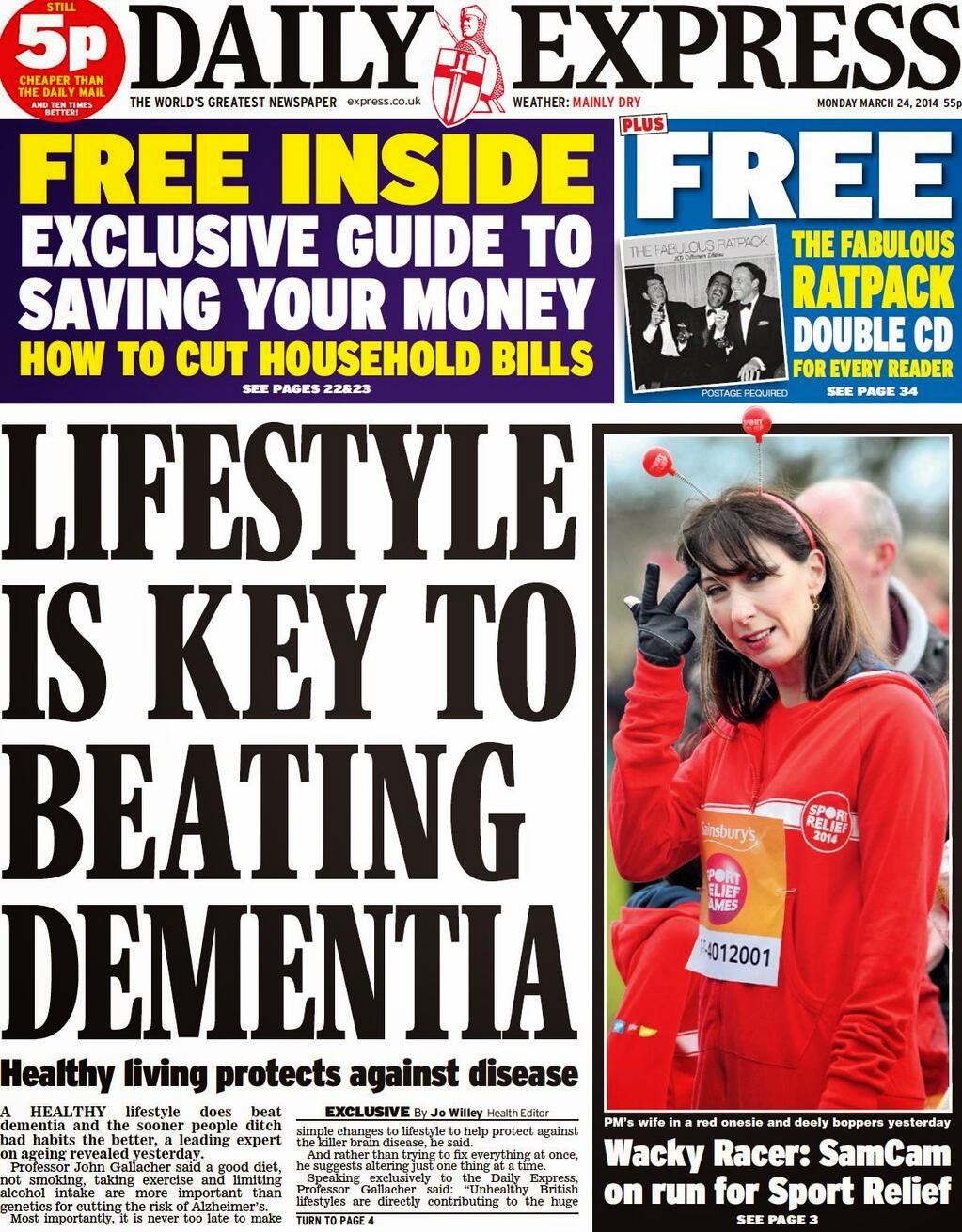 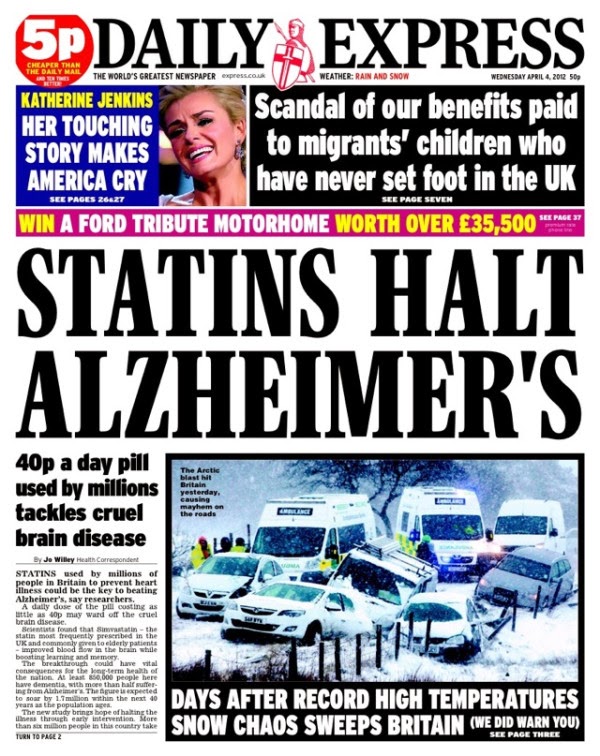 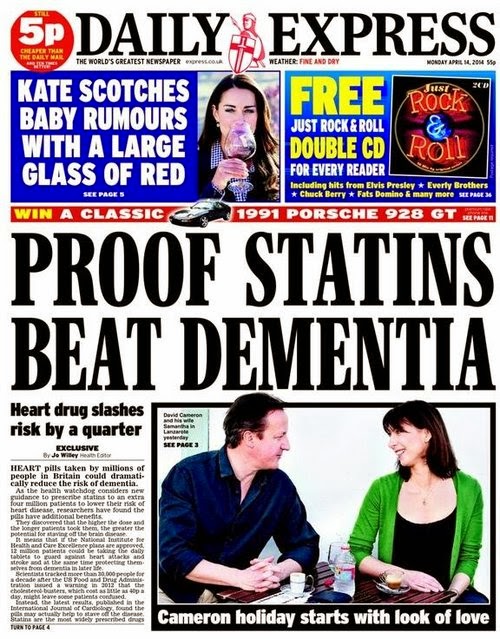 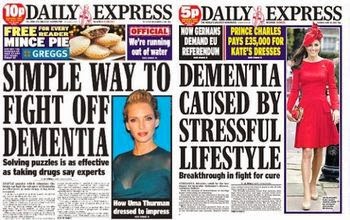 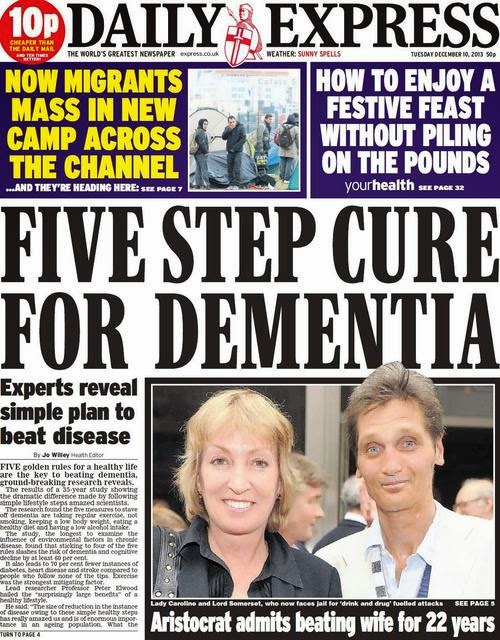 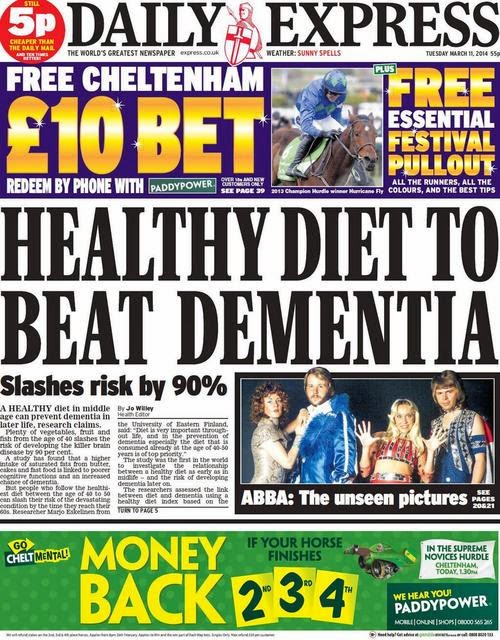 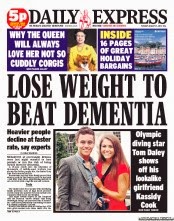 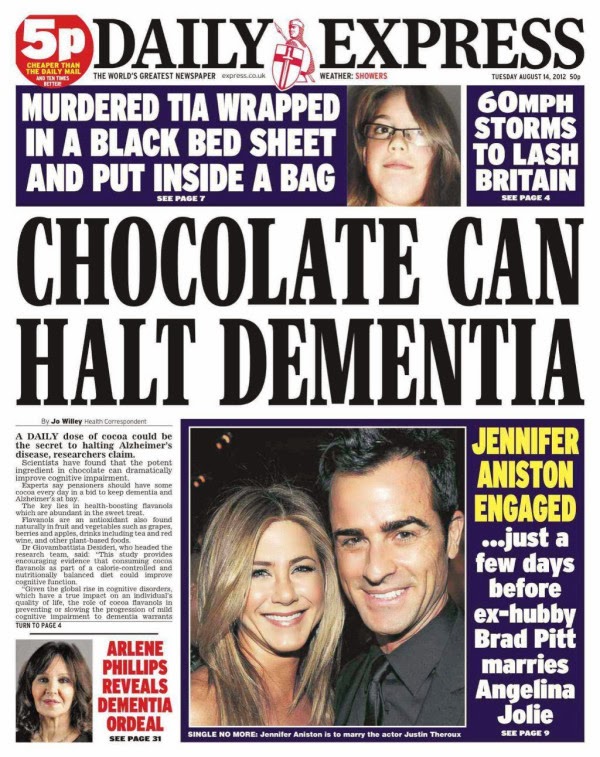 * A longer answer would include an explanation as to why this particular piece of research appeared in the news. Having looked at media coverage of the world in other (academic) contexts, I suspect this British Medical Journal article is likely to be relevant. A matter to pursue another day, perhaps.

Matt Fletcher sent me the link to an NHS Report:-

Alzheimer’s In The News: Fear and Fascination.