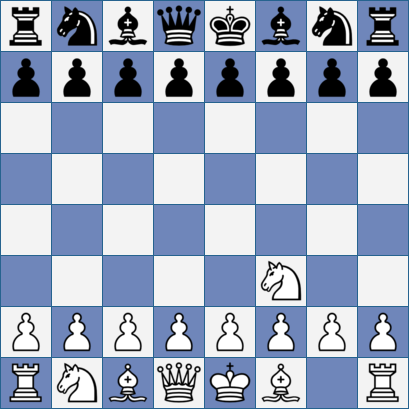 You don’t normally think on the first move. I don’t, at least.

Most of us who spend our time playing League or Tournament chess have been playing quite a while. and we know the openings that we like to play. What we do as White; how we respond to 1 e4, 1 d4 or any other of White’s 20 legal first moves that aren’t simply junk. Our choices - for the most part determined by taste more than any objective assessment - are usually settled long before we sit down at the board.

So why did I think for three minutes when I’ve been playing 1 ... f5 in answer to 1 Nf3 for a few months shy of seven years now? I suspect the fact that this was my last London League game of 2014 had something to do with it.


Let’s start with 1 Nf3, the move I usually play as White myself. I switched to pushing my queen’s pawn forward for a few months in 2011, and I’ll still toss in 1 d4 from time to time, but I’ve mostly been beginning my White games with my king’s knight for about a decade now.

That’s quite a range to choose from. OK, I wouldn’t ever actually play 1 ... b5 or 1 ... Nc6 and I don’t see the advantage of playing ... c6 or ... b6 on move one rather than as a follow up to 1 ... Nf6. That still leaves six moves I could go for if I wanted a break from the Dutch, though. Even if I wanted to stick with 1 ... f5 I could switch from the Classical and give the Stonewall another try (I got a win with it in the first round at Paington 2009, but thereafter - for reasons that I forget - I appear to have decided that Once Was Enough) or the Leningrad (which I’ve never played).

Plenty of choice, then, but most chessers stick with their system. It’s not true of everybody, but most of us play the same openings again and again. Sometimes for astonishing lengths of time. I once made the mistake of taking on Robin 'The Hack’ Haldane in a sharp line of the Sicilian, for example. After the game he told me that he’d first played the variation thirty years before. 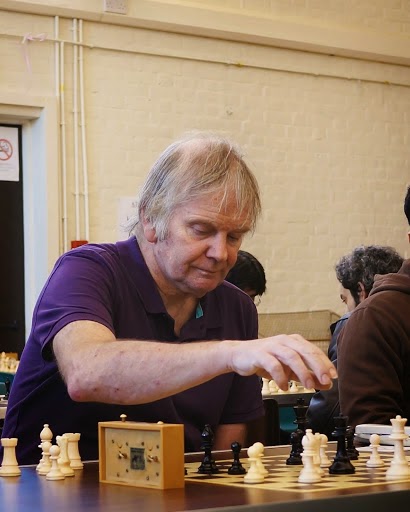 A hacker with a long memory
photo from Brendan O'G


You can see the logic of this approach. Especially when you don’t play that many games. Play the same stuff again and again and you can use the experience to your advantage. Not so much in terms of playing precise chains of moves at the beginning that you’ve played before, but more in the sense of being able to recognise typical themes and patterns that arise in the middlegames. Sometimes even in the endings.

Repeating the same openings may be the practical approach. It might even be the 'best’ way. And yet I can’t help but feel it’s somewhat limiting. The worst of it is, the more familiar you get with the opening, the harder it is to switch.

In my game a couple of nights ago I eventually decided to go for another Dutch. After eight moves we reached a position that I’ve had before well over twenty times, I didn’t have to start thinking at all until move 14 and at various points thereafter my choices at the board were aided by memories of similar positions that I’d reached in 2009, 2011 (three different games), 2012 (two) and 2013.

It’s very hard to make a switch when making changing means giving up that kind of security blanket. And yet while I’m quite sure that while playing familiar positions changes how it feels to play a game of chess, I’m less convinced that it affects the outcome. 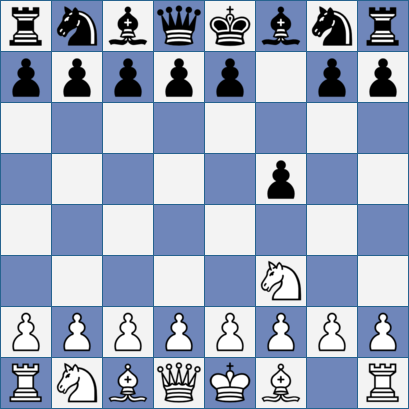 The fact is, although I did win the game on Monday night it was not my experience on the black side of the Dutch that settled matters. In truth the result was determined by mutual blunders in the middle of a series of exchanges. It was just that his mistake turned out to be much more serious than mine.

So that’s why was I thinking about my first move. Because of late I’ve been pondering trying something different and I was wondering whether this was the game to take the plunge.

I suppose we can think about this sort of thing any old time, but as one year turns into the next it feels like a rather natural time for reflection. A time to decide how things are going over the next few moves.

Most of us will be coming back for more come January so I suppose our choice is simply this:-

Stick with what we know

Maybe not, but it was your experience that got you a decent position on the board and I am guessing on the clock as well. There are lots of good reasons to play more than one opening, but the decision should usually(*) be made ahead of time. Whenever I decide at the board to mix it up, I tend to get thrown off the bridge.

(*)The exception would be if your opponent unexpectedly switches __his__ opening, that might be a good time to pull out a surprise second-string. For example this game:
http://www.chessgames.com/perl/chessgame?gid=1102845
White had opened 1.g3 in his other games of the tournament, black so far had answered 1.e4 with 1...d6.

I once played against a 1.e4 player, who just happened to like playing against the Dutch. But after his 1.d4 I chose an ultra-aggressive and relatively unknown counter gambit against the Queen's Gambit: The Schara-Hennig-Gambit.

Which resulted in a very nice 30 move win with black.

A friend of mine always played 1…c5 on 1.Nf3, until a 1.e4 player played it against him … then, of course, he shattered all sicilian dreams with 1…d5 and won a quick game as well.

As to the pills: I am always tempted to play everything. Unfortunately I'm thoroughly unmotivated to learn opening lines. I'm interested in new structures and ideas, but acquiring the complete working knowledge of a new opening is too much work.

Heh, there was a time when I used to play the Bird's as a sideline to 1e4. Got a few quick wins against French and Sicilian players by getting a King's Gambit via the 1f4 e5 2e4! move order.

Only play 1e4 now though, so those days are gone :(

Another example, bamboozling Alekhine's specialists by 1e4 Nf6 2Nc3 e5 3f4! - even a few strongish players have played 3....ef4? a well known beginners error after which 4e5 squashes Black in short order. Everybody seems to wheel out 2....d5 these days, though ;)

Finding an answer to this question might involve such variables as how old one is, how good one is and how much chess is one expecting to play, but just assuming for the moment a decent club player in one's late forties - like me - what I think is that regardless of whether or not the intention is to vary, we do need to have a stock repertoire, much as a bowler needs to have a stock ball. A narrow repertoire, to which one does not have have to keep - but one which you can fall back on if alternatives fail or don't suit.

Doesn't particularly matter what it is, whether it's "solid" or "risky", provided you're reasonably happy to play it against anyone. And of course it may need now and then to be updated. But if you've got it, you can be all the more confident in taking the blue bill if you want to.