Reading what Jonathan wrote on Monday about the drama in chess, and the ways in which it can be communicated to a wider, non-chess audience, I remembered a conversation I had right back in 1993, after the first game in the 1993 Kasparov-Short match. The question is on my mind every time there's a tournament on the internet: I find it so exciting to watch, especially so when there are multiple games to follow and multiple reversals of fortune to go with them. 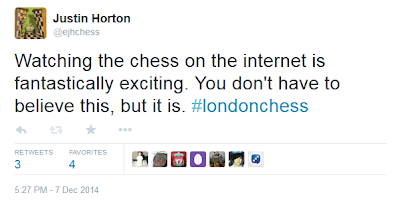 Anyway, game one. As everybody who was watching will remember, this game ended in dramatic circumstances when, having withstood an awful lot of Kasparov pressure, Nigel appeared to have gained the upper hand...only to lose on time when making his thirty-ninth move.

It's not, as far as I can see, on YouTube. But I remember the excitement and confusion nonetheless.

What I also remember is this conversation, or the gist of it, I had after the game. Not immediately after: probably a few days afterwards, before this fixture, in the pub. I'd had a few conversations about chess with my football friends, prior to then, usually involving a failure on my part to explain certain aspects of my interest in the game.

Naturally the subject came up, seeing as the match was on the telly as well as all over the newspapers, and I was bothered by the question of whether my friend had understood what was happening, since you probably wouldn't be familiar with the idea of losing on time unless you played yourself. Yes, he said, he'd been OK with that, but there was something more: he now realised that chess was sport. 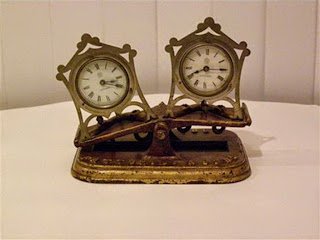 This is what I had been trying to get over in our previous discussions, that what I was doing when I played chess didn't seem very different to me, in kind, than what I was watching when I went to football - but without making the slightest progress, until that moment of drama. Suddenly it was obvious to him too: the sudden intervention of the clock, the unanticipated final whistle, demystifying this previously incomprehensible game and revealing it as what he recognised as sport. 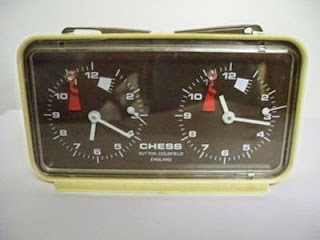 I've pondered this, now and then, in the twenty-one years since, and I wonder whether it might be not just that the clock's irruption is one way to explain, to demonstrate chess as a sporting spectacle, but that it's the very presence, the rule of the clock which makes chess sport. That without the clock, it is a game, a puzzle, a fascination, all of these things, but once we introduce the clock, once we make chess subject to time-discipline, then, whether we like it or not, what we are doing, or what we are watching, is sport. 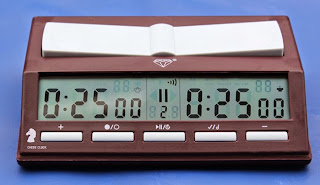 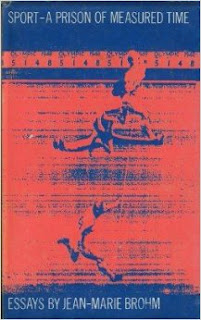 The argument may owe a little bit to Jean-Marie Brohm

But fundamentally, I think that this is where the line is crossed, where chess is concerned. That's where relaxation gives way to compulsion, where the desire to play is overtaken by more difficult, perhaps more pathological motivations. You play chess because you can. But the clock tells you that you must.

Sorry Justin, can't agree. Two people sitting down moving pieces on a board are playing a game. Just because they're in a hurry doesn't make it a sport, which to me implies greater physical activity.

I don't think there's any particular reason to assume that "greater physical activity" is what divides sport from "playing a game".

UK definition of a sport is that it has to involve physical activity of a modestly demanding level and may also involve competitive activity. So rambling qualifies for sports funding and tax exemptions where chess doesn't.

It was a definition seen in an Act of Parliament from the days of Baldwin and Chamberlain but it's also re-enacted in a definition by the Council or Europe.

a. "Sport" means all forms of physical activity which, through casual or organised participation, aim at expressing or improving physical fitness and mental well-being, forming social relationships or obtaining results in competition at all level

Someone missed a trick there, in not lobbying for the removal of the work "physical".