I actually missed my chess moment of 2014, appropriately enough. 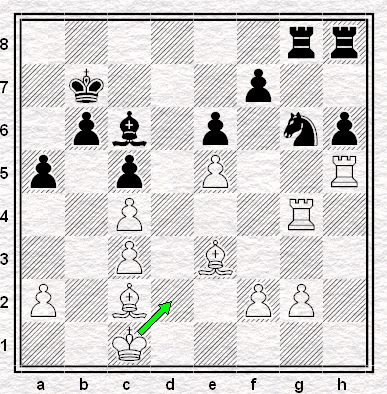 I was supporting Anand, of course. I say "of course" not because it's obvious that anybody should want to support him, but because it's the sort of thing I do. I've been in the habit of supporting the underdog for more than forty-years. Forty-one, in fact: I'm pretty sure I can date it exactly, to 5 May 1973.


As underdogs go, Anand might not be genuine, proper Second Division* like Sunderland were in 1973, but you can only take the underdogs that are put in front of you and he was quite the underdog all the same. Besides, Anand was 44 at the time of the match, Carlsen was 23 and I am 49. My criteria are not all exactly as they were in 1973.

I didn't have any expectations for the match. 2013 was such a procession that I assumed something similar was bound to happen. I wasn't even all that interested.

Years ago, when Manchester United were in the Champions' League** and before I stopped watching that competition almost entirely, I used to turn on the telly at kick-off, turn off the sound and put on some music. If by some chance the opposition scored the opening goal, I would turn off the music and enjoy the commentary while it lasted: if instead the Antichrist scored first, I would turn off the telly, turn up the music and maybe check Teletext some time in the second half.

After Carlsen dominated the first game, with Black, and then cruised to victory in the second, it was almost like the old days and I all but mentally switched off. But as it wasn't totally like the old days - for instance, Magnus Carlsen is not the Antichrist - I was still following when Anand turned him over in game three.

But I was far from believing he had any serious chance of winning, and when he let an edge slip to a draw in game five I cursed the waste of his last opportunity, with Carlsen's two consecutive Whites coming up either side of half-time. I kept an eye on the sixth game, but not a full-time eye, given that I was working - so no commentary either - and not a very enthusiastic eye, either, seeing as Anand seemed to have started badly and got worse.

And then I got back to my computer and the Chess24.com scoresheet looked something like this. 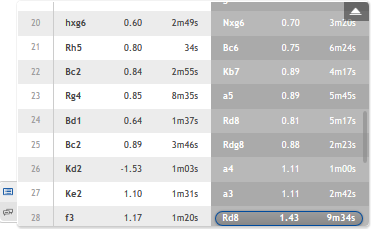 It's the sort of thing that makes you rub the screen to make sure there isn't a mark on it.

Quite likely you saw it as it happened. I didn't. It passed me by.

It's been that kind of year, really. It's just kind of passed me by.

I turned off after that: Anish Giri in the latest New in Chess tells me Anand missed two or three good chances to hold, but I'm not sure I care. I'm too annoyed to care.

I don't pretend to have a rational explanation (unless it be this) for getting so annoyed. It's only a game of chess and I wasn't even playing in it. Why should I care? But I was so annoyed at Anand missing his chance.

When the World Cup was on in 2002, I found myself supporting the German team, who would not have made it through to the final without several performances of immensity by Ollie Kahn in goal. I like goalkeepers in much the same way that I like underdogs: we imagine ourselves as underdogs, and while I can never imagine myself a footballer in any other position, I can sometimes imagine myself a goalkeeper.


I was so annoyed. On that occasion I wasn't so annoyed I turned off immediately, but I was annoyed enough, at the final whistle, to leave the house in Acton where I was then living, take a train up to Hampstead Heath and walk around the Heath for an hour or so before I regained my proper composure. No rational explanation for that, either. But that's what I did.

After I turned off the sixth game, I didn't watch the next one. Or the one after that. Or the two after that. And it was only when it was starting to seem that Anand still didn't have to lose, that if he survived he might get a final chance in the twelfth game, that I regained my proper composure and turned on the internet coverage of the eleventh.

And then he did it all over again.

[* Note to younger readers: this was in the days when Second Division meant second division.]
[**Or the Greed is Good League. ©Brian Glanville]
Posted by ejh at 7:55 am