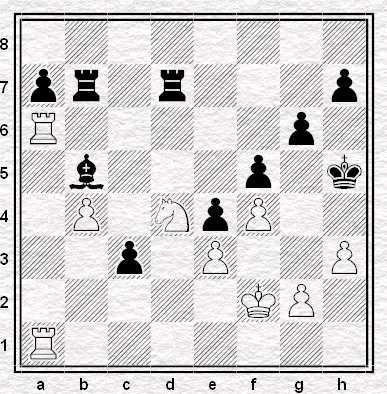 "... we can at least expect the tournament to start with a bang"

is how I ended yesterday's post, and for the first and probably last time at this tournament one of my predictions came true.

I suppose defending champion Stuart Conquest's loss to DJ Eggleston, a 'mere' FIDE Master, will probably make most of the headlines but enough of that, let's get straight to the S&BC Blog favourites. 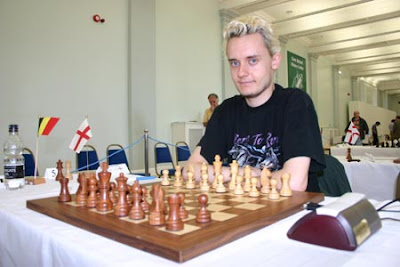 Spike from Buffy the Vampire Slayer before Round one

Assuming the clocks on the Championship Live Game page were accurate, Jack blitzed out his first 11 moves then took only a couple of minutes to play his twelfth, ... Qe7, to reach this position. 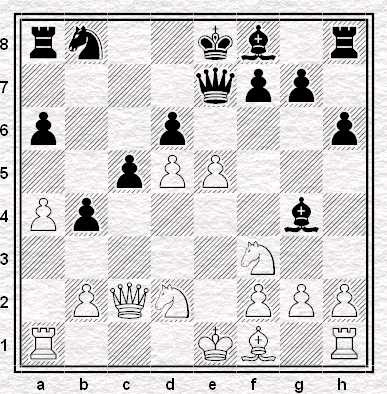 The Ginger GM, aka Psycho-Cowboy, was about 25 minutes behind on the clock at this stage having spent well over quarter of an hour on 12. e5.

I don't know how much time they then took over 12. Ne4 and ... Bxf3 but however long it was the battle was already effectively over. Rudd eventually threw in the towel on move 22, 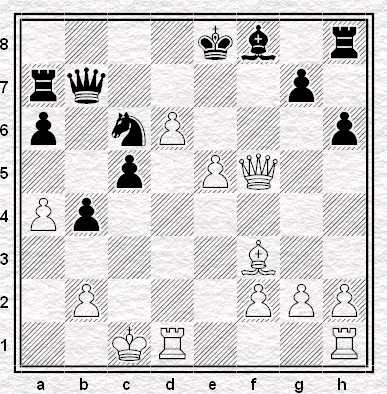 possibly on aesthetic grounds as much as anything else.

A tragedy for Jack who, EJH tells me, took barely a quarter of an hour for the whole game. 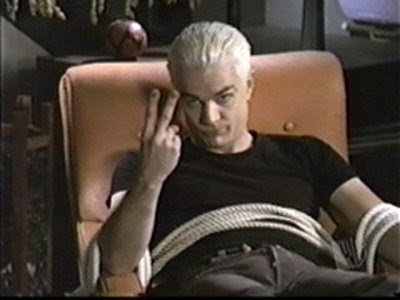 IM Jack Rudd after round one

Moving on Keith Arkell, that's the Keith Arkell I was praising yesterday for his 'softly softly' approach, managed to arrive here as Black after four moves ... 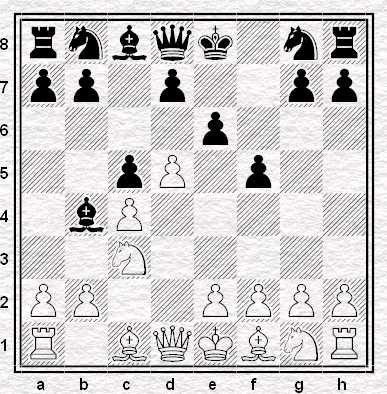 against Jack Hawkins. Shows what I know! 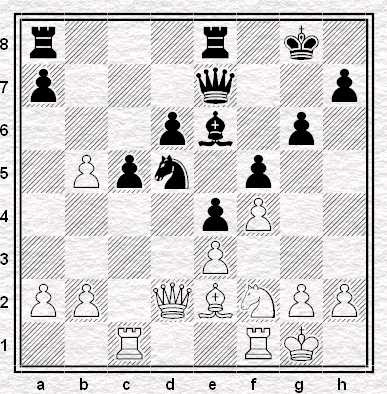 and then the moves suddenly ended and the result "0-1" was posted. It seemed unlikely, and sure enough a transmission error proved to be the problem rather than White suddenly deciding he'd had enough. Just as well too since they reached the position at the head of today's post just before the first time control.


All good fun, then, but I'm afraid the enjoyment was rather dampened somewhat by the pickle that the Championship website got itself into.

For a long time the official replay page had Briscoe - Hebden playing out a Najdorf that was in fact Storey - Gormally. Their game, a Trompovsky, should have appeared as Wells - Lewis, this pair having instead what was really Briscoe - Hebden's game.

The 0-1 originally given to Hawkins - Arkell turned out to have been intended to mark Hebden's victory although at that stage, and for most of the first four hours of play, that game was still listed as Wells - Lewis.

We should also mention the game replay facility's tendency to vanish whole blocks of games from time to time. It was as confusing as I imagine these last few paragraphs have been to read.

None of this is intended as a criticism of those who were running the system work down in Torquay. I'm sure they were overworked and under-resourced. Indeed Carl at the EC Forum suggests it's not even a 'they' but just one guy.

Better, as EJH said, that we get the mess in the first round and not the last one but my point is that at a time when there's a campaign to get chess on TV and even suggestions that resignations should be banned to make games more understandable for casual players, wouldn't it make more sense to get the internet presentation of our game right first?

Once more I want to emphasize I don't want to be critical of whoever it is who is in charge of IT down in Torquay. Without them I wouldn't be able to watch the games for nothing. The problem, I'm sure, is lack of time and money but if we British chess players really want to popularise the game then sorting out free high quality internet access to the games of major tournaments played here has got to be the way to go. I'd like to see the ECF make this a priority for the British championship but I'm not hopeful.


Whatever happens, the 2nd round draw is already up. Hebden - Howell makes a pretty decent top board clash. Well worth getting the live game display right for I think you'll agree.

Photograph, not the Buffy one, from
www.liverpoolchessinternational.co.uk/
Posted by Jonathan B at 7:35 am

You could of course have the Staunton tournament, where it appears you are going to have to pay???

Pay to get in Carlos or pay to watch via the internet?

Staunton had no internet coverage last year - a great shame in my view. It was free to get in, though, and I visited many times.

I've seen that there's going to be internet coverage this year. It would be a pity if you had to pay for it. Any charge, even a small one, will destroy any chance that the casual visitor will pop in to have a look.

Trent-Hanley doesn't seem to have attracted much comment but it looks to me like Black blew a stone-cold draw by trying to win (see move 40). Am I right?

If the pic of "Spike before round 1" is accurate then that explains Jack's loss in 22 moves. He obviously prepared with the wrong colour!

Hi, anyone here knows abt SOS? can anyone send some stuff abt SOS to me? niranjanchess23@gmail.com
I got this blog adress from
http://chessaleeinlondon.wordpress.com/2008/03/19/new-in-chess/#comment-5149

Sorry Niri I can't help you ---- they didn't send me an electronic copy of the article that featured my move, or anything similar.

looking at Williams-Rudd: in your diagram shouldn't the c3 knight be on d2?

Yes it should campion ... thanks for pointing that out. I'll change it now.