S&BCCers, young uns and a lack of cash 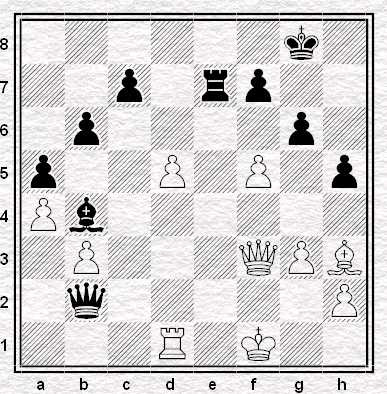 We're back at the British today, starting with a position from the S&BC Blog's on-the-spot correspondent Angus French.

Angus reached the above position in his second round game.

After a bit of a think Angus went for this line anyway and won the game. What did he spot? (And as a bonus question you might want to suggest how White could have avoided immediate calamity even after playing 1. fxg6).


This win took Angus to a perfect 2/2 start but unfortunately he then fell ill and took a bye in yesterday's third round leaving him with 2.5/3 and equal 4th overall. Get well soon Angus!

Meanwhile of other players with Streatham & Brixton connections (past and present), Dave Ledger is one of three players to have a 3/3 in the Major Open while Chris Jones has reached 2/3 in the 5 day morning open. James McDonnell and Michael White are, unsurprisingly, finding the going tougher in the Championship itself. 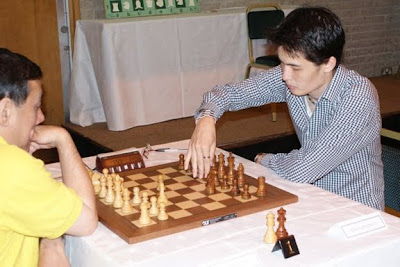 Hebden - Howell from round 2,
a game that would not end happily for The Heb

What of the S&BC favourites? Consecutive victories (see below for one of them) have seen Keith Arkell put his dodgy start behind him while Simon Williams followed up his win against Jack Rudd with another against Richard Palliser although as I write his third round game with James Cobb has just been agreed drawn. Jack, I'm afraid to say, has had a bit of a stinker thus far.

At the head of the field only David Howell and Gawain Jones have made it to 3/3 and both of them, I gather from EJH, required some fortune to get there.

It doesn't seem that long since Howell was playing the board above me when we (S&BCC Surrey III) took a trip to Ashtead although it's probably the best part of a decade now. Much more recent was my meeting with 15-year-old George Salimbeni who duffed me up barely more than a year ago in an end of season match at South Norwood. Yesterday George, rated 2020 FIDE when he played me, was sitting down opposite the somewhat more testing GM Peter Wells on the Championship fourth board. Must have been quite some twelve months for him.

Finally, another word about the live game page on the Championship website. After the horlicks that was the start of round one, things were much better on Tuesday - at first.

Unfortunately the whole thing went belly up early on Tuesday evening although earlier on some troubles with the display of Keith Arkell's game were a bit of a clue that trouble was afoot. From here, 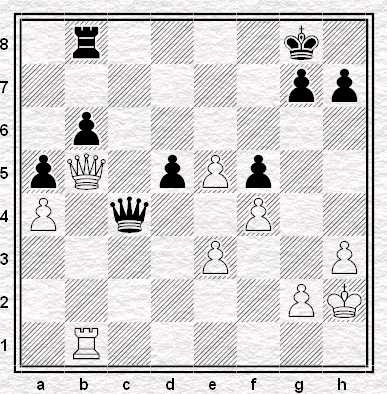 the official site initially had Black playing ... Kh8 (which as Morgan pointed out would have lost to Qxa5), then it took it back and moved Black's queen to e4 and then it took that back too and played ... g7-g5. As it turned out the website was displaying all the right moves but not necessarily, as Eric might have it, in the right order.

I learn from the EC Forum that the whole operation is being run on a minimal budget, two tin cans and a ball of string being supplemented by volunteer labour and equipment. Big thanks to David Clayton and Carl Hibbard for performing miracles with what they've got but once more it seems to me that the ECF have under invested in this area. David says £500 would have secured broadband facilities at Torquay - and that doesn't sound like very much at all to me when the potential size of the audience is taken into account.

Another thread suggests I'm not alone in lamenting the lack of investment in our national championship.

Well anyway the fourth round draw is up. Is it too early to suggest that Jones v Howell on Board 1 will decide the outcome of the entire championship? We shall see.

Photograph from the Championship website
Posted by Jonathan B at 7:51 am

Anonymous: right on both counts. ... Qh1+ is very pretty don't you think?

Dfan: Yes indeed. That comment on our opening British Championship piece is now looking about as accurate as Michael Fish's "don't worry there are no hurricanes coming this way"