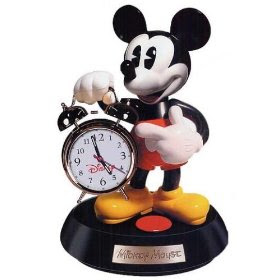 After the tragedy of round ten I was determined that come what may I would not lose my final game, a determination which, as it turned out, manifested itself in the grinding-out of a seventy-move win with the Black pieces to bring me up to 6.5/11, plus two, and keep the negative effects of the tournament of my FIDE rating down to sensible proportions. This being the case, I never once took the walk, usually undertaken several times each round, around the tournament hall to see how my compatriots were doing.

This, however, would not have been quite the lengthy journey it had previously been, since on my return home, when I looked up the results for the last round - scroll down and look for English flags, or just enter ENG in the Find function - it appeared only half of them had actually turned up.

Lawrence Trent won, Jana Bellin lost and your correspondent, as previously mentioned, managed to score a full point. But the other three, being FM Adam Ashton, IM Lorin D'Costa and IM Stephen Gordon, had neither 0-1 nor 1-0 against their name, nor even ½-½. Gordon, having Black, was on the righthandside of +--: D'Costa and Ashton, on the lefthand side of --+. All three had lost their last round game by default. Half the team, if we may put it in those terms.

This is not good.

The last round at Benasque, as with most international opens, is played in the morning: it starts at nine, whereas the other games, with the exception of one other morning round, take place at four in the afternoon. Morning starts are not popular with chessplayers, be they middle-aged married men such as myself, or younger players keen to enjoy the social and holiday aspects of the occasion.

Still, there are chessplaying aspects of the occasion too and one of these is that if you're playing in the tournament, you may not actually want a free point for waiting around for half an hour - regardless of the consequent improvement in your rating or the greater chance of getting a prize. You may actually want to play a game of chess. Especially if you've had to get up on a Sunday morning in order to play one.

I don't suppose any of the players involved is anything but deeply embarassed at what happened (in fact, having contacted one of them about it, I know very well that they are) and I wouldn't want to go on about it more than it merits, or to give the impression that it's a scandal. It isn't and I have no reason to think that any of the absentees would not be welcomed back next year.

Still, you don't want to get yourself a reputation and when half one country's players don't turn up for the final round there's a danger that you might acquire one. Moreover players with International Master titles do get their hotel rooms paid for and there's a case for saying that when the tournament has shelled out for your room, you possibly owe it to them to be out of that room in time to play in the final round.

Anyhow, I live here. By virtue of that fact, I sort of represent England in Aragonese chess. This being so, I thought I ought to say something. I have. This was it.

[this posting was held over from last Friday - ejh]
Posted by ejh at 7:55 am

Yes it's embarrassing and doesn't show English chess players in a good light. This is just like those who withdraw after 2 rounds for no reason.

That's quite likely so, but there's a case for saying that such criticisms should not be made anonymously, is there not?