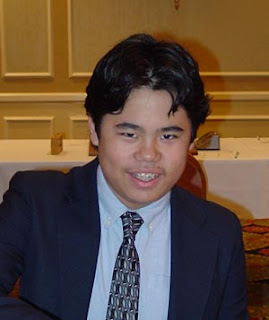 Fans of the successful Superman spin-off TV series Smallville will wonder why their favourite show is being blogged about on a chess site. Chess fans, meanwhile, think of Smallville as the on-line user-name, nickname and playing handle of Hikaru Nakamura: a 19 year old American chess prodigy, Grand Master, and already one of the world's top 100 players.

Whilst it's not uncommon for chess players to like science fiction - there is typically a Star Trek t-shirt or ten seen at any old chess tournament - liking science fiction with good looking heroes (as opposed to emotionally stunted nerds) is somewhat rarer. But perhaps Smallville's attraction to Smallville is not to hard to explain - in terms of the way he plays chess. Uh?!? I hear chess players and TV fans alike respond. Well, Smallville's style is famous for three reasons - and each seems to correspond to a certain character from Smallville . . .

Firstly, Smallville thrives on complexity, difficulty, a refusal to make life simple. He rarely resigns until it's completely over, and is always on the look out for resources to trap his opponent with. In other words, the obsessive, secretive, hording strategist who never gives up: his play throws a dark, Lex Luthor-shaped shadow over the board at all times.

Secondly, and in complete contrast to his Lex-esque murky, messy chess, Smallville definitely has a Lois Lane side. He displays that in the opening stages of the game - where typically he rushes headlong up the board with the most stupid and obvious attempts to win, that even beginner-level players could repel. Naive, bolshy, fun, confident, blind and oblivious to danger - like Lois sticking her foot in it. Of course, Lois then needs to be rescued . . .

. . . and this is where Smallville's third distinctive ability comes in. Because, at times, make no mistake about it. Smallville is Clark Kent. He penetrates the problems on the board with x-ray vision, then executes apparently-impossible winning manouvers at lightening speed, that seem to come right out of nowhere. This is what clarifies the dark complexities of the Lex-like strategy; the sun after the storm. This, too, is what resuces him from the difficulties caused by his Lois-like idiot adventures. 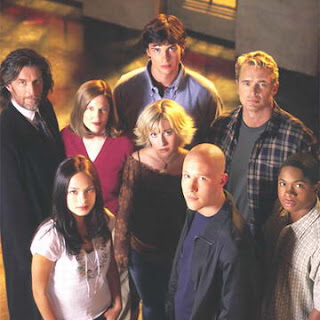 But why I am telling you this?

Well, earlier this year I got to play Smallville in an Internet Chess Club Simultaneous Game. I hear that Uh?!? againt from TV-viewers. Well, the Internet Chess Club (ICC) club is a way to play games on-line through a computer programme. Many of the world's top players do this, as well as hundreds of thousands of amateurs like myself. Now, one way for the pro's to make money on the ICC is to play Simultaneous Games. A Simultaneous Game is where one strong player takes on a number of weaker players at the same time. Each weaker player only has their board to worry about - whilst the stronger player must make a move in turn on each of them, during a set time-limit. And I got to play Smallville in one of these Simultaneous Games - where he had 59 other opponents beside me.

Would I manage to Kryptonite his Clark side? Or would his Lois side make an idiot out of me on move 1? And what traps would his Lex-side cunningly lay for me? Well, here's what happened . . .

I have the black pieces. Nothing scary so far, or so I thought. Lois-mode is evidently switched to off, I told myself; this is all rather dull and worthy of him, in fact - just like Clark's parents.

But, uh oh. What's this. Out of nowhere he suddenly has a nasty threat; e4-e5-e6, like journalist Lois asking a question you can't think how to answer.

But answer I did. e5-e6 is now impossible, and white's space advantage less important because the queens have come off. If I knew more about the show, I'd make a metaphorical references to it here.

39. Ne1 is a definite Lex move - a draw by repetition and thus peace was available by 39. Rc1 instead, but he pushes his position to breaking point for the win.

Now at this point, it's clear the Lex-like uncompromising aggression has lead him into difficulties, since 42. ... Ra4 would probably win for black. But with a Lois-like innocent sweetness, Smallville proposed a draw. And since it was 3am and I was blind-drunk (probably the best way to watch the TV series too) I agreed. Game Drawn. Superman just didn't show up, and so the point was split between Smallville and me, his opponent, Jurchessic Park.
Posted by Tom Chivers at 4:17 pm