(1) The following position is a typical pawn structure arising from the Queen's Gambit Declined. Assume there are several pieces left on the board - enough to do something with - but that none of them are in particularly aggressive positions. What would your plan be as white, focusing on pawn moves? 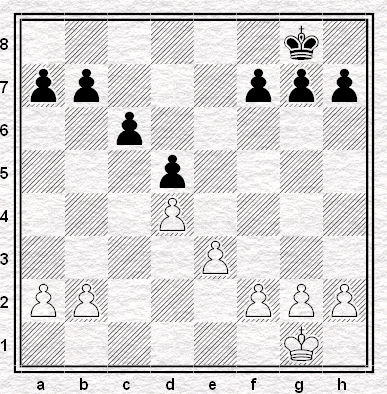 Clue for the above: the plan is called a 'minority attack' and involves creating a weakness in the black queenside.

(2) The following position features a typical pawn structure that might arise from the King's Indian Attack. Assume both sides have all or nearly all their pieces left on the board, but again in relatively normal positions. (Eg, no knight on d4 for black& nothing on e6 for white, etc.) What plan with the pawns do you think white should pursue? What plan do you think black should pursue? 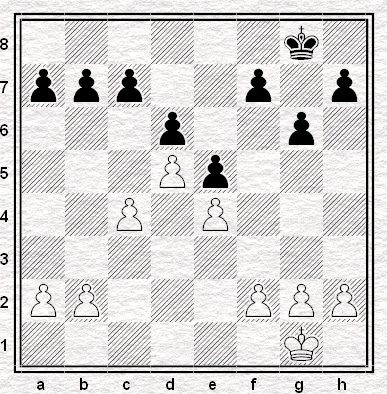 (3) White's pawn structure in the following position is typical of the Stonewall Attack - so called because his position is very hard to breach. Assume that both players have ALL their pieces left on the board. Assume that black has ALL his pawns on the board too - not just the two pictured. 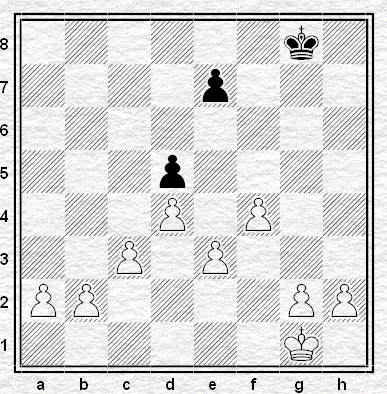 (3a) Now, where would you like to place the white pieces to attack the black king? In answering this question, you are not allowed to place any white pieces beyond the fifth rank - ie no white pieces on horizontal lines 6-8. Also please note that Be5 is impossible (how could it have got there?)

(3b) Where would you like to place the black pawns and pieces to best defend his king against the attack in 3a?