My old friend Nigel Short won a game with Black at Wijk Aan Zee using the MacCutcheon, a line I wrote about here and of which I'm very fond. I much prefer it to the Winawer - in the MacCutcheon White usually fails to retain the dark-squared bishop, which I don't want pointing at my king when I've exchanged off my own. I played a correspondence theme tournament not long ago where the MacCutcheon was the featured opening. As far as I could see it was a forced win when I was playing White, though not quite so convincing when I was playing Black. I also like the unusual formations involved in which it's harder than usual for an inexperienced opponent to come up with a coherent plan. Well, it was for me. 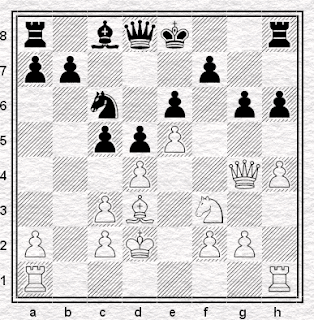 These days I'm pretty much wedded to the open games, though I sometimes give the French a whirl at correspondence play. I'd probably play it more, were it not for two things. One is that I've never really found a line I liked against the Tarrasch. The other is that despite the absolute flood of opening books that have come onto the market in recent years, there is no current book on the MacCutcheon. Nothing. 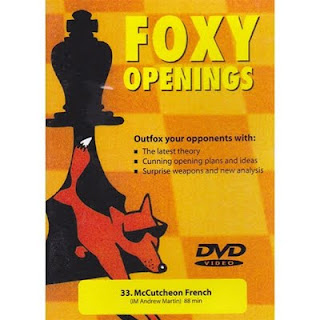 The Chess Direct catalogue lists only the Foxy Openings video produced by Andrew Martin some years ago - which I have - and the US player James Eade's book for 1991, called Remember the MacCutcheon. Apparently, nobody does.

Or not in Britain. In fact there was another US book on the MacCutcheon published the same year: but the only book listed in the British Library Integrated Catalogue with MacCutcheon in the title is Tim Harding's 1979 Batsford work French : MacCutcheon and Advance lines. I wonder - does this mean there's never been a UK book written solely about the MacCutcheon? I checked under an alternative spelling - 27 titles include the word McCutcheon. But none of them concern chess. (Nor, for what it's worth, are there any books on our variation listed in the catalogue of the Biblioteca Nacional de España.) 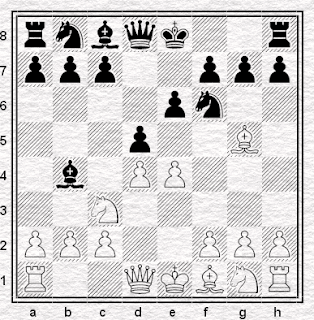 So what's wrong with the MacCutcheon? Nothing, so far as I can see: nothing obvious, nothing proven, at any rate, even if it doesn't get played a lot at the very highest level. There's no line that I'm aware of against which the MacCutcheon is seen to be badly struggling, which is not always something that can be said of the Alekhine, the Pirc or the Modern Benoni or the Chigorin. And yet the books on those openings continue to be written and continue to be bought.

It's odd. A good thing, in a way - where's there are books there is theory and where there is theory there is discussion. Nobody really seems to know the best way to proceed against it, which is what I want. But still, when you're in trouble you need a friend and when you lose a game in the opening you sometimes need a book to help you find out why. But the MacCutcheon doesn't seem to have any friends. None close enough to write its story. Poor, forgotten MacCutcheon.
Posted by ejh at 9:35 am

Simple solution - write your own! Everyone's doing it these days, and you don't seem to need to even have a title!

I've never played the MacCutcheon in any form of chess no matter how casual.

Not sure why really ... perhaps I should give it a go.

Thanks, I've corrected the text.

How about 3...Nc6 against the Tarrasch?