How hard is it to press a clock?

The advantage of the Fischer clock, they say, is that you'll never need to lose on time again. Need or not, I contrived to do just that last Saturday. Horton v Navarro Alonso, position after Black's last move 37...Qe7-g5: 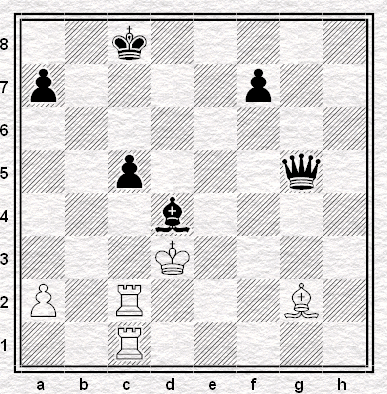 White had enjoyed a winning position just a little earlier but under the pressure of time trouble I had missed a clear win (spotted by my opponent) and found myself wondering if it would be possible to hold the resulting ending where White faces the twin problems of the passed f-pawn and the possibility of getting mated.

We had just come out of a sequence of several consecutive checks, to all of which I had (unwisely) responded almost instantly, with the result that a clock position of less than a minute to go had been bumped up to, I suppose, three minutes or more.

Anyway, I was starting to apply myself to the problem of how to save the game - despite my disappointment, we were 2-0 up in a four-board match and hence a draw would not be too bad an outcome. Specifically, I was looking for a fortress position and asking where my king should go. Perhaps the bishop should go to c4 and the rooks stay where they are, in which case the pawn can never promote...but if my king goes to b3 it'll be mated, so where to put it? I may not even, in truth, have got that far.....when my opponent pointed out that my time had expired (I was going to say, "my flag had fallen", but the clocks were digital) and I had lost on time.

I had entirely forgotten about the clock. I had faced a series of checks in time trouble, the checks had ceased (perhaps my opponent's last move was clever in that respect) and I was posed with a problem that would take time to try and resolve. It didn't seem like time trouble, more a period of calm after the storm, like the allegretto in the Pastoral Symphony.

But after the period of calm there followed a period of desolation as I contemplated my own stupidity - mercifully reduced in intensity by the fact that nevertheless, we won the match. When I got home I found myself reading Tim Harding's old book Why You Lose At Chess with particular reference to the chapter - written, as it happens, rather before the invention of the Fischer clock - called Why You Lose On Time, in which he writes:

Botvinnik once lost on time in a favourable position in one of his world championship matches against Smyslov. His explanation was that queens had been exchanged just before, the tension on the board had evaporated and it seemed to him that he had made the time control already, for those feelings are normally associated with passing the control safely. He had made 54 moves and the time control was on move 56.

"It seemed to him that he had made the time control already, for those feelings are normally associated with passing the control safely." That was it precisely. Or nearly precisely. I wonder if, oddly, the fact that the Fischer clock gives you extra time also contributed to my downfall, since, having just been awarded several chunks of thirty seconds apiece to help my situation, I clearly wasn't in time trouble any more and therefore didn't have to worry about the clock.

The funny thing (more funny now than at the time) is that one of my problems with Fischer clocks is that once you get short of time in the first place, you're always in time trouble. You never get that large wedge of extra time that you get using a conventional clock (if that be the term) when the time control arrives.

So I also wonder whether I'm not still a little unfamiliar with the Fischer clock. My habits have been created and accumulated over many years using a different system - and as I still play occasionally with the conventional clock, so I still, in some way, expect the time trouble to end, and when I think it's ended, I expect to have a long think about what to do next.

The game itself is an absolute tragedy. I'll get back to it in tomorrow's column. Here's Smyslov and Botvinnik.

I don't think the fact that it was electronic had anything to do with it. Given that I forgot it was there, it might as well have been an ordinary clockwork affair. Come to that it could have been a sundial or an egg-timer. Or a water-clock.

I played at Coulsdon the other night - we all used digital clocks.

I found the absence of ticking very noticeable.

Re: permanent time-trouble. I'm surprised that nobody at the highest level has started a campaign for mandatory toilet breaks.

Actually it's funny you should say that. I hope to write something about Fischer clocks before very long, and that precise problem is one of the things I want to write about.