It’s slightly later than planned but today we have the final report on the S&BCC mid-season Rapidplay which took place on Tuesday and Thursday last week.

Congratulations go to Alan Hayward who scored three wins out of three on the second day to finish a point clear of the field on 5.5/6. If you play all your nearest rivals and you give up just a solitary draw there’s little doubt that you’re a deserving winner. Last summer Alan was leading the club championship going into the fifth round but then came up against the John Bennet Gambit and his challenge rather faded away. I’m sure his victory last week will more than make up for that disappointment.

The final scores were ...

Aside from Alan’s win we should give an honourable mention to Jan’s third place finish. I’m pretty sure it’s the best ever performance of one of the library players at one of our rapidplay events. As for the leader at the half-way stage ... well let's just say your humble scribe failed to trouble the scorers in the remainder of the tournament.

One of the things I had trouble with, both in our event and at the Richmond Rapidplay on Sunday, was striking the right balance between the need to think and the need to move. Take the following position from my round 4 S&BCCMSR game against Andrew Ponting ... 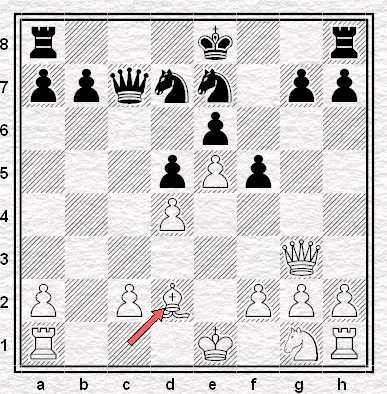 This is a fairly standard position from one of my pet lines in the French. The only difference is that the light-squared bishops have already left the board which should in principle favour Black. Anyhoo, Andrew has just played 12. Bd2 leaving me with the choice of trying to snatch the c-pawn or castling.

Taking on c2 is often suicidal in this line but I felt it should be possible here although I also thought it would be risky. A few minutes of reflection didn't change this assessment in the slightest so I decided to go 12. ... O-O as the safer option. I should probably have just done that straightaway, either that snap off the pawn and trust my intuition that I'd be able to find some moves for Black regardless of how White would respond. Either way I would have been able to move more or less instantly. I certainly would have been glad to have the extra time on my clock later on. 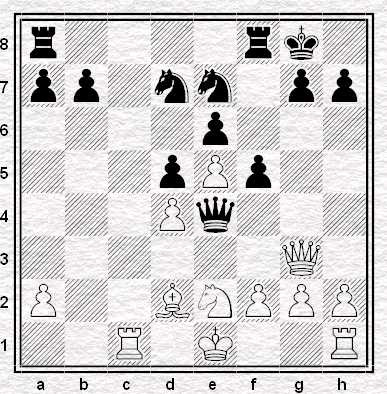 Now 15 f3 doesn't trap the queen (as I'd thought it would at the time) but how about 15 Rc7? In fact although it looks pretty dangerous the tactics seem to work out and Black's fine.

How does Black respond to the rook invasion?


So not the greatest second half of a tournament for me but that's the nature of quickplay events I suppose. There will always be plenty of ups and downs in this form of chess and it certainly could have been worse for me.

Take this game, one of the very last to finish in the whole tournament. With both flags hanging it seemed that either side could lose on time at any moment. 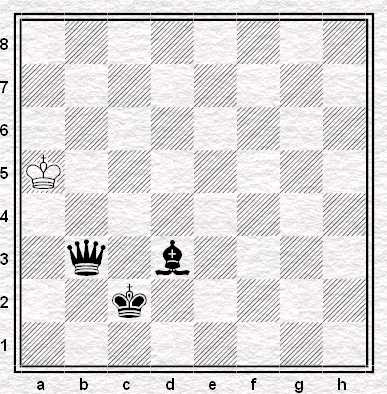 I think Gordon Brown helped with
todays Blog.
Did Adam or Alan win your
tournament?

Thanks for pointing that out Gerald - now corrected. Apologies to Arthur Hayward for the typo.

Jonathan, in your game against Andrew I'm wondering if you're a bit too eager to castle kingside. As a White player in this sort of position I've previously been concerned by ... Qxc2 followed by Q over to the kingside, possibly offering a queen swap. So, in your puzzle, I'm wondering about 14... Qg4. Just a thought with no time for analysis.

In the second diagram I don't think black is in any danger of losing on time.

Since he has a checkmate on the move, I suppose he must have moved his king for a different sort of mate.

Kc3 does indeed lead to a different sort of mate O-CP.

In the second diagram, I was playing black. I felt under such time pressure that I forgot about my bishop. I played Kc3, stalemate.
I've heard that you learn more from the games you don't win, I do hope that's true...
Robert B

I think there's a lot of truth in that Robbie. Stalemating your opponent in such positions is kind of a rite of passage I think ... not pleasant but you'll remember it next time I'm sure.

I've heard that you learn more from the games you don't win, I do hope that's true...

Indeed it is. And what's more, you never stop learning.

Improving, no, but you never stop learning.