one of the strangest games i have ever played

Last Wednesday I mentioned in passing that Ray Keene produced a whole series of exceptional performances when competing for the British Championship. Anybody even vaguely acquainted with Raymondo's playing career will know that he won the title itself in 1971 but what's not so well known, at least I wasn't aware of it until I took a closer look at his life at the board, was that he played 49 games at the national championships before he was beaten* [EDIT: 48 games without defeat then he lost the 49th - see comments box]. The chess scene was very different back then no doubt but playing through four and a half British Championships without defeat is pretty impressive any way you slice it, especially if they're your first four and a half.

When he sat down opposite one Eric Holt for number 25 of those 49, the third game of his championship winning tournament at Blackpool, RDK must have thought himself to be quite an experienced player and ready for whatever the British might throw at him. However what he got was quite unlike any game he played before or since and one that would leave me puzzled when I discovered it all these years later. 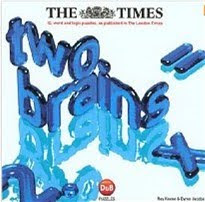 Baffled? You will be.

Our hero, playing White, emerged from a cagey opening with an edge and by move 34 he was able to capture Black's rook's pawn, 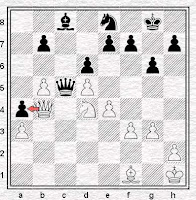 securing a big advantage. The position is hardly resignable just yet but after much pushing of wood Keene temporarily gave the material back to open up the kingside, 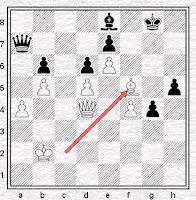 and now things are looking genuinely dicey for Black. Holt wasn't ready to throw in the towel though and neither did he surrender when one of his passed pawns dropped a couple of moves later ... 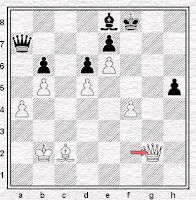 nor when Raymondo responded to a desperate bishop sac by forcing the queens off ... 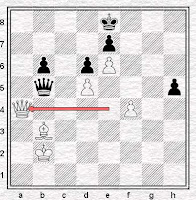 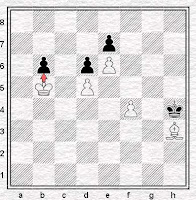 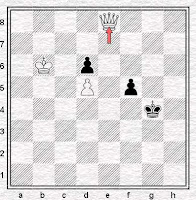 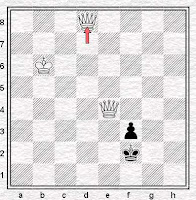 I wonder how many other times RDK has been two queens up? I imagine by this point he was expecting Holt to play on to the bitter end which was exactly what happened. 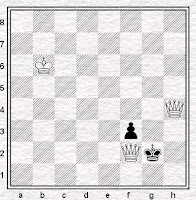 It's true that nobody ever improved their position by resigning but I think Black's failure to take any one of 127 opportunities he had to hoist the white flag would have raised a few eyebrows even in the middling divisions of the London League in which I play let alone at British Championship level. You'd have thought that since Holt had been looking at that rotten position for so long he'd have wanted to be shot of it as soon as possible but apparently not.

Holt's determination to keep things going isn't the game's only oddity. There's also what Ray was doing between moves 77 and 93:-


[Dunno why the Red arrow pops up for some of Black's moves. Do drop me a note in the comments box if you can explain it to me - cheers, JMGB]

Marvellous. Samisch - Nimzowitsch, Copenhagen 1923 may be the very definition of "zugzwang" but Raymondo has got himself a lock on "shuffling about" with that methinks.

So why did Holt play on for so long and what was Keene up to with the extended king stroll? Could there be a connection between one question and t'other?

Over at chessgames.com RDK says that Holt was "incredibly pissed off" after the game. Even before I read this I was wondering whether Holt might have been irritated by RDK's lackadaisical approach and hadn't resigned through sheer cussedness but then neither was it obvious to me that Ray had been taking the mickey. It seemed just as likely that he'd been trying to build up time on the clock to be able to plan the decisive breakthrough properly although as it turns out neither 'wind-up' nor 'clock management' is actually the right explanation.

Over to Ray once again:-

finally i reach a q+ b endgame where i have to break thru-my first plan was to march the king to the q side and break thru on the kside-then i thought it might be easier to break thru on the q side so i marched the k back again. then i realised i had been right the first time so i walked the king over to the q side again before making the decisive g4 thrust-however-having been there twice before i had to march my king along a route the third time round which avoided threefold repetition-

So there you have it - Ray was just having trouble making his mind up. That just leaves us the question of why Holt played on so long. Sadly, unlike Raymondo, he doesn't have a chessgames page so I suppose we'll probably never know the answer. Still, that he did so means we have definitive proof that no matter how lengthy the game Ray could play.

I went 2 British Under 14s undefeated (3 wins, 8 draws and 4 wins, 7 draws). Don't know when I lost in the earlier/later tourneys but guess must have been at least 25 undefeated. A rather boring run though, typical of my games as a junior. RDK knocks my run into a cocked hat though and I bet he had a far higher winning %. Oh and it was in the proper event also.
Andrew

I once went 35 games in the British Championship without a draw.

then a loss to Pritchett in game 49. So this gives me the opportunity to say I miscounted and it was a 48 game unbeaten run not 49. Still pretty impressive though!

I once went 20 games without a win. E.g. this post - written about three-quarters of the way in.

For anybody who comes to this post late there are two follow-up articles ...