Whatever Happened to Eric Holt? 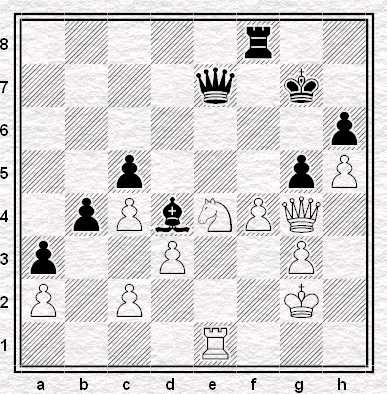 It wasn't supposed to be like this. A single post on a Ray Keene curiosity before swiftly moving on to subjects new was my intention. There's far too much going on in the world of chess to stay overly long with Keene-Holt from Blackpool 1971. Or so I thought.

I got sucked in. It started with the idea that it might be worth taking a quick look at Eric Holt, just to see if he was in the habit of doing funny things like playing on two queens down against a man in the process of winning the British Championship. Half an hour's work at most was what I expected but I soon realised that I'd stumbled into a story of youthful promise, sudden disappearance, loss and (perhaps) rediscovery. I'm getting ahead of myself though. I'd better begin at the beginning. 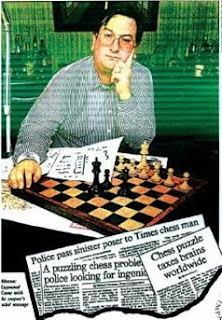 A case for Inspector Keene?
photo via chessville.com

When I started the search I didn't know a thing about Eric Holt other than that 128 move loss to Raymondo. The first thing I did was to look up his other results from Blackpool and it immediately became clear that his tournament was none too shabby. Aside from RDK he'd only lost to Jonathan Penrose and Bernard Cafferty finishing up 7th-10th with +5 =3 -3. Quite a result for a first British Championship and it looks even better when you consider his account includes wins against such names as Peter Markland (rated 2510 at the time), Craig Pritchett (who would go on to become an IM) and Evil Uncle Ernie (who would win the title the very next year).

Consulting the BCM (vol 91, #11) I learned from Ritson Morry that Holt was also that year's Scottish champion and I began to wonder how it was that I'd never heard of him before. I'm no chess historian but I knew, or at least knew of, most of the guys he'd been playing in Blackpool so why didn't I know the name Eric Holt?

My curiosity now aroused I decided to investigate a little further and it only took a briefest nosing around on chessbase to discover that Holt's result in Blackpool and Scottish title were no flukes. Prior to his appointment with RDK for that fateful game Holt had had done pretty well in a series of junior tournaments and by the company he was keeping, not to mention the points he was scoring, it seems no exaggeration to say that at the beginning of the 1970s he was one of the more promising juniors in Western Europe. Not of the very highest echelon, perhaps, but certainly good enough to be playing those who were.

So Holt was there or thereabouts in a host of international junior events, made a very good showing at his British Championship debut and then … nothing. Absolutely nothing at all.

While many of his contemporaries went on to become well known players Eric Holt just disappeared completely. FIDE may still have him at 2230 but there's no evidence of any recent games and there's no E.Holt on the ECF grading list even if inactive players are included in the search. He may have been a successful junior player prior to Blackpool but I could find no trace of any subsequent chess career whatsoever. All my usual sources gave me were 51 games on chessbase that end with the last round of that British Championship 38 years ago. 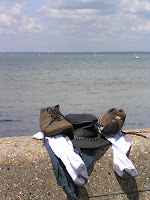 I wonder what happened. Did he leave university and find himself in a job that didn't allow him any time for chess? Did he put away childish things, considering chess to be a good hobby for a schoolboy but no way for a grown-up to live their life? If so he'd have had a point but I've no way to tell that really was the reason. He could have done a Reggie Perrin for all I know.

Whatever. Eric may have gone, by this point I was thinking of him as 'Eric' and not 'Holt' or 'Eric Holt', but I still had those 51 games. What of them? What kind of player was he?

Naturally I was overjoyed to discover that he’d qualified for the A-final of the European under 20s with a brace of short IFEs, 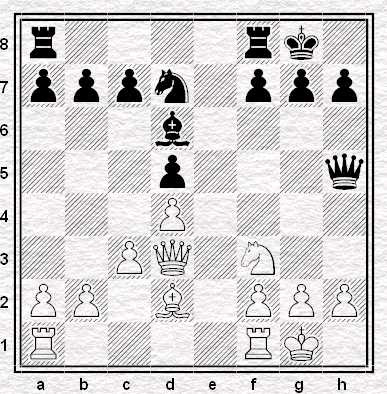 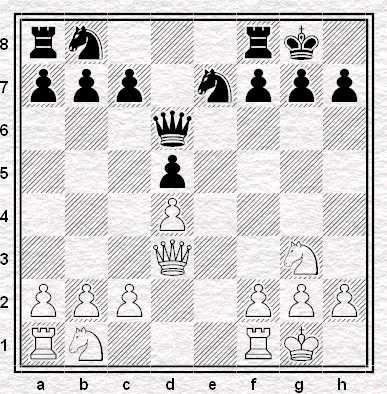 but fine specimens though they are, they are not representative of Eric’s play in general. Nine players made it to the A-final in Groningen by tieing for second place on 4.5/7 with the last two rounds in particular rather suggesting that a non-aggression pact had been negotiated by the would-be qualifiers. Eric almost never agreed quick draws**, indeed he didn't seem to like drawing at all, and usually played much more aggressively.

When he had the Black pieces the Modern Benoni seems to have been Eric's opening of choice. At the Glorney Cup, for example, he twice played 14 ... Qg5 in the line 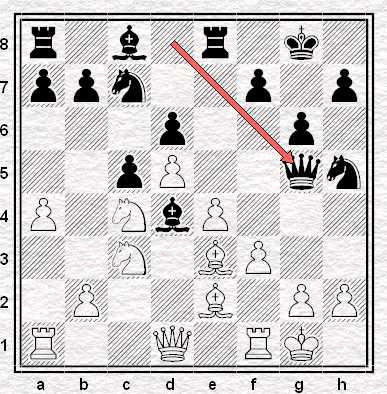 which unfortunately doesn’t seem to work [I have a computer to tell me that but don't forget Eric played these games at a time before Elo ratings let alone databases and engines] but did earn him at least one point*** and does, I think, neatly illustrate Eric’s taste for complications.

With White, perhaps under Fischer's influence, Eric invariably developed his bishop to c4 when faced with the Sicilian. Evidently he liked to attack and would sacrifice whenever possible. To wit:-

My computer is less keen on Rxf7 in this next position but Eric played it anyway.


And how about this for a king hunt?


Eric's last game in the database is his win against Pritchard from the final round at Blackpool. The position before he played the decisive move is at the head of today’s blog. If you have to stop playing I suppose sacrifcing a knight whilst simultaneously leaving a rook en prise is not a bad way to check out. Playing through Eric's games made me want to find out what happened to him more than ever. Googling “Eric Holt Chess” got me nearly 10,000 hits approximately 99.9% of which were entirely useless but one of the few that weren't was a link to a Chandler's Corner that mentions him in passing. Eric, a correspondent writes,

... gave up the game and disappeared and we all lost touch with him. A couple of years ago I got an email from him out of the blue which indicated that he'd emigrated to the US and now had a family there.

which was disappointing but does at least explain why I'd never heard the name before. "That's that", I thought, "I'll never track him down now" but then the search engine coughed up a link that showed last October, out of the blue, an Eric Holt of Tarrytown New York posted a review on amazon. Robert Snyder's Chess for Everyone: A Complete Guide for the Beginner is, this Eric Holt says, an

... excellent chess book for people of all ages, and is suitable for a complete beginner all the way to a player who is beginning to play competitively ... I have been looking for "a single, not-too-big book that my students can use. I have settled on this one. My group has all ages and levels.

That's got to be the same guy, right? He'd be getting on for sixty now and plugging "Eric Holt Tarrytown" into google brings up this photo 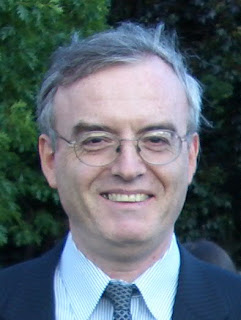 photo from www.uts.edu
"UTS is an interfaith seminary with both faculty and students
representing a wide range of religious traditions"

and it looks like this chap is about the right age. I know it's a long time on but does anybody recognise him? I certainly want it to be chesser Eric. I like the idea that he's still out there, if not playing the game any more then teaching it at least.

So there you have it. Eric Holt, a man who was once Scottish Champion; a man who once played Romanishin, Ljubojevic, Ribli, Beliavsky, Penrose and Keene; a man who may or may not be living in America teaching children to play chess.

I know we have a few American visitors from time to time. If anybody out there is from or near Tarrytown and knows whether this is the Eric Holt please do get in touch. There may be a lot in the chess world to write about but I don't feel like I'm done with him just yet. If nothing else I'd love to be able to drop him an email and say hi.

** Aside from the two in Groningen the only other one seem to be a 14-mover against Peter Clarke at Blackpool in round nine.

*** Chessbase says he won both games but would White, to play, really have given up in this position? 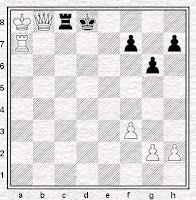 Could have lost on time I suppose.

Good sleuthing JB. Imagined how freaked out Eric would be if he stumbled across this article!
Andrew

Cheers Andrew - Raymondo's not the only chesser who can play detective :-)

Actually I got an email from THE Eric Holt last night - the guy in the picture is the right one.

I hope to be publishing an update post soon.

Eric Holt is an anagram of 'I chortle'.