Two weeks ago we posted about an upcoming two-part World Service documentary on the future of chess. The programmes have now been broadcast, though if you missed them they can still be listened to.

But you know who they are. Who is Simon Terrington - and how did he come to make a documentary about chess? 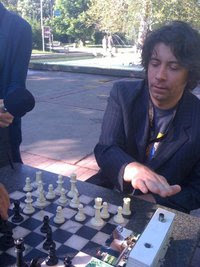 Simon in Sofia
ejh: Tell us about yourself. You say in the programme that you were brought up in Macclesfield and learned chess there. You now live in Oxford and you're a management consultant. What happened between Macclesfield and now, and what part has chess played in that?

ST: I played chess with my dad as a child, and loved it. Then I came to London and did some chess tournaments. I started teaching maths and used to play chess with my children and it was a great way for us to bond. My dad used to develop computers and they always fascinated me: I started playing against a ZX81 when I was young and even then they surprised me with how strong they were.

ejh: You used to play for Wimbledon, I think?

ST: I never really had a strong club attachment, but I used to have a wonderful chess trainer called Veljko [Veljko Stanisic of Ealing chess club - ejh] who was a refugee from Serbia. He was a lovely man and a very strong player and used to play a lot of King's Gambit - anything which involved an early f4. 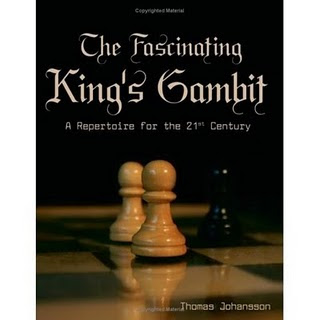 As the typefaces suggest
ejh: When I was trying to track you down for the interview I came across a few references where you're linked with the BBC, addressing seminars about its future and so on. But are these the first programmes you've made?

ST: Yes this is the first programme I've been lucky enough to present: chess has done great things for me.

ejh: That's an interesting thing to say. Are you thinking of any other specific great things?

ST: It's touched every aspect of my life - helped me to do better at work, helped me crack my PhD and I had a game just before conceiving my first child!

ejh: In my experience, because chess is a minority pursuit but also because people tend to back away from it a bit, media outlets don't tend to cover it unless there's somebody within them who's particularly keen to do so. Assuming the programmes were your idea, was there somebody at the World Service who was really behind the project of making them?

ST: Everybody at World Service has been really supportive; they realised how important it was in places like Eastern Europe and India, they realised it had been somewhat neglected, although they did do something in 2009 about Armenia being a strong chess nation, and they also realised it was actually a good subject for the radio, although probably better online.

ejh: Well yes, I've written a few times about how even the world championship has disappeared from the BBC's website, except for its South Asia section!

Talking of which - you went to Sofia, to watch Topalov-Anand. You spoke to Anand, but not to Topalov - though you interviewed his second, Cheparinov. Did Topalov turn you down?

ST: We were trying to get a broad range of voices from different countries - Stefanova and Cheparinov from Bulagaria, Karpov and Kosteniuk from Russia, Anand from India, Peter Doggers from Holland, Ian Rogers from Australia - we were happy with the variety. 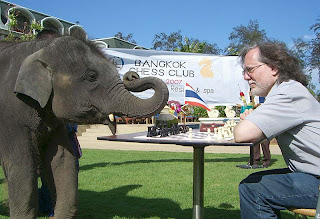 It's a glorified memory test
ejh: I thought you had a good selection. You probably had Bill Hartston on more than anybody else.

Did you find yourself taking issue with anything at all your interviewees said?

ST: Not really: they all know a lot more about the subject than me. Perhaps David Levy was more optimistic about the potential of computers than I would have been.

ejh: The first programme kind of set out how computers have challenged chess - you had Fernand Gobet giving up because of them, and of course Kasparov's 1997 match - and then in the second, you put the case that they actually contributed a lot to chess in a number of ways.

ST: I think the overall impact has been positive - so many people can play across the internet, computers have taught us a lot, the standard is higher - but they also take away the magic to an extent. I don't think they'll ever tame the exponential complexity of chess.

ejh: I was also thinking that when you were talking about how the internet means anybody can play anywhere and any time, you gave Amon Simutowe as an example of somebody who comes from a part of the world where chess is not strong. But of course Simutowe had to come to Europe and then the US to really become a strong player. As yet we have no reason to think you can do it on the internet. 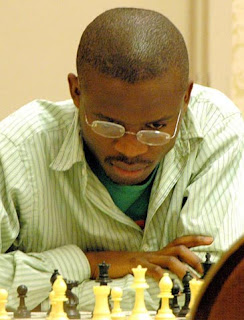 ejh: I also wondered if the woman from New York wasn't a bit optimistic in saying kids will sit there and play for hours. They do all try to play all their moves in about fifteen minutes, even if they've got ninety minutes plus increments!

ST: That's a good point, but chess is an amazing training in concentration for children. But you're right, things move quicker in every aspect of life these days.

ejh: You were very clear, I think, that you considered chess a Good Thing. You say it's been a good thing for you - but that's not the only reason.

ejh: The dark side being the obsessiveness, the introspection, the waste of brilliant minds on a glorified puzzle?

ST: It can be very time-consuming, you could say that it is basically intellectual fighting. If it's done in good humour it can bring people together, but it can otherwise be quite unpleasant. I find these risks manageable. 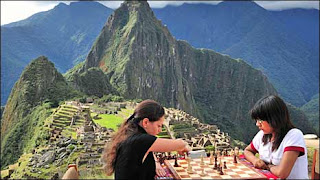 Probably safer than looking down, anyway
ejh: I would also suggest that where you referred to chess' competitiveness, its nature as a blood sport (I think John Healy used the phrase) there's more of an element of struggle-with-oneself than is the case with other sports. Which is good and bad.

On the other hand, if more young minds were devoted to chess rather than investment banking or designing weapons systems, that couldn't be such a bad thing...

ST: I think it really is a battle with oneself and an exercise in character development which is great. My own view is investment banking: good, weapons systems: not good.

ejh: Have you had any press interest in the programmes, either from the specialist press or elsewhere?

ST: Well of course the main event is the Brixton and Streatham chess blog :). But Alexandra Kosteniuk was kind enough to put it on her site, as well as Chessbase, BBC News Online and a few others.

ejh: The programmes hopefully stay online indefinitely? I know some iPlayer stuff only lasts a week, but the Friday Documentary programmes seem to be stored permanently...

ST: I think that's the case, which scared me initially in case the programme wasn't too good, but I'm actually quite proud of it, mainly because the interviewees were so good - chess players can be pretty smart, funny, objective and self-critical people.

ejh: That'd be smart in an intellectual rather than a sartorial sense?

ST: Well Fischer used to look pretty good in a suit, but yes :). 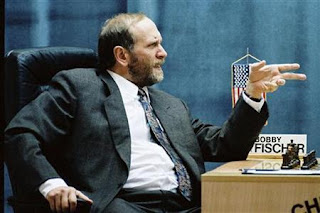 ST: Yes, Bill Shankly said of football, "it's not a matter of life and death - it's much more serious than that". I actually think chess is fundamentally only a game, although a very good game, and you actually enjoy it more and get more out of it if you realise that. 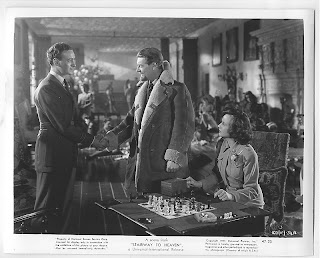 A Matter Of Life And Death, music from which opens the first programme

(The interview was conducted via Facebook messages on the evening of Friday 17 September. Thanks to Simon for taking part.)

Interesting programmes. A few things I didn't particularly agree with
1. Chess can help you be healthy. How? The only thing I can imagine is that it gets you out of your house away from food. It may also get you so immersed in the game that you don't think about food (this seems a problem with diets- you think about food all day- you are bound to crave it). However in my experience, exercise and chess are rarely seen together. Also chess tends to have a strong beer connection.
2. Chess players aren't necessarily intelligent. I think the majority of them are in the conventional sense,let's face it, chess is a difficult game to get to grips with. However as one person pointed out they may be seriously lacking in social intelligence (and probably other forms of intelligence), which can be a real constraint on both quality of life and making money.
3. I think too much is made of computers "solving" chess. Good luck with remembering all the variations the computer tells you so that you can play the only winning move 1 b3 (R.I.P. Larsen) with 100% success.
Andrew