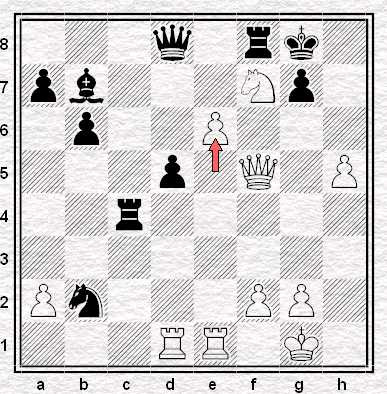 It was this position which Geller saw in my room that morning. And yet 25 moves have already been made!
Lev Polugayevsky, Grandmaster Preparation

Looking at the diagram it does seem incredible that White could have foreseen that the position would arise long before the game started. What stands out most now, though, is not the achievement per se, but rather Polugayevsky's evident pride that he could accomplish such a feat.

These days, needless to say, a theoretical novelty on the 25th move wouldn't be considered the least bit noteworthy. I often wonder what Polu would think about modern chess. Would he have loved it or would he think that the use of engines and databases takes away all the fun?


Sixty Memorable Annotations
1: Fischer-Sherwin, New Jersey Open 1957
Posted by Jonathan B at 8:00 am