On grades and grading

Yes, I did say that this week would see the second instalment of the Anti Chess trilogy [April 11th's Invisible Anti Chess being part one], but I'd forgotten that today would be Easter Monday. Since next Monday will be a bank holiday too, let's agree that the series will continue on Monday 9th May.

Easter: a four day weekend we get every year which ensures that we have plenty of time to celebrate some bloke being nailed to a piece of wood a couple of thousand years ago/scoff chocolate/work out our grading performance for the chess season which is all but over/choose which of the above is most to our personal taste.

Since I had my calculator handy, and a quiet day at work prior to the bank holiday break, this year I thought I'd go beyond the usual general assessment of how well/badly I'd done and break things down into as many different sub-categories as I could think of. The results of this endeavour appear below.

The point to it all? Well, there's a little bit more grist to the Ron Harman mill in that I've performed better against higher-graded opposition and the EC Forum's Robert Stokes might be interested in the difference in my performance when playing White and Black.

Evidence, then, that a bit of tinkering with the grading system is warranted? Actually, I rather think the opposite. Certainly, in principle, an estimate of playing strength would be more accurate if it took account of the players' colour in games played and wasn't influenced by strength of opposition faced. In practice, though, these factors aren't the most significant cause of variance in my grading performance so it hardly seems worth introducing extra complexity into the system to correct them.

There is value in conducting this sort of exercise, I think, but it's got more to do with what you can learn about yourself rather than what you might find out about the grading system as a whole. That's subject I might come back to at some later date. In the meantime, have a look and see if you can spot any areas where I might be either doing particularly well or badly under-performing. 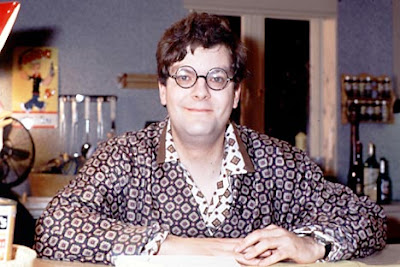 Whatever happened to Statto?

BY STRENGTH OF OPPOSITION

some people have far too much time on their hands... !

Huh. Well, the biggest things that jump out at my is your horrid performances (a) with black outside the London League and (b) in quickplay. Six games in each category...

By any chance, were most of your games as Black outside the London League also quickplay? If so your biggest problem clearly is: you suck at quickplay. Figure out why and fix it--or just stop playing them--and your grade will jump ten or fifteen points.

(Otherwise, you still suck at quickplay, and should deal with that; but there's also another problem in your non-quickplay Black non-league games. Was there something else different about the conditions those were played under?)

You both make good points! I'll get back to you tomorrow about some of my conclusions and, specifically, my answers to ed g's questions.

What struck me about the analysis was the high proportion of games NOT subject to a quick play finish. So presumably determined if needed by the old fashioned methods of adjournment and adjudication. Living not more than thirty miles away, I don't think I've had a game determined that way in over ten years. Were I to conduct a similar analysis, I would split between increment and non-increment.

It may be relevant to gradings. A grade solely obtained in leagues with adjudication might indicate a player with little practical experience of endings, or with endings played at high speed. Should they should ranked the same as a player with this experience?

Yes: of the 20 non-quickplay finishes 1 was an adjudication and 19 were adjournments.

In fact the adjudication was agreed drawn before the first time control so in practice it was just the same as many of the adjourments.

Also, only 5 of the 'adjournments' weren't decided on the night and none of those 5 required a second session. One I resigned, two my opponent resigned and two were agreed drawn.

I agree with you about under the current system, grades are likely to be extremely variable in terms of reflecting playing strength in endings. If, like me, you don't play many tournaments/quickplay finishes you are most unlikely to play many endings.

4 of my games with Black outside the London League were quickplay finishes.

It's also worth noting, however, that I happened to face 1. d4 on four occasions (so far) this season and each of them was in the London League. I tend to do very well against 1.d4 so the fact that these all came in one sub-category might be skewing the comparison somewhat.


That said, there *is* a difference in playing conditions between London League and non-London League.

LL the playing session is 3 hours. Standard time controls are 36 moves in 90 minutes.

Outside LL the playing sessions are typically 2 hours 40 minutes. Standard time controls are 35 moves in 75 minutes - somewhat quicker - and quickplay finishes in Surrey/Croydon leagues are typically 30 moves in an hour then twenty minutes back.

It could just be that I don't play very well when I have to play more quickly. Last season I played 4 county games and 7 games at a one-a-day tournament in Paignton. My score from these 11 games was +6 =3 -2 at 180.9. Technically these games were all 'quickplay finishes' but since the session was so long - 7 hours if memory serves - they hardly felt like it.

The other thing worth noting, of course, is that the sample sizes are rather small and simple chance - a couple of results going one way rather than another - can easily skew the figures.

Statto became bankrupt a couple of years back. Sad times.

I think I misunderstood what's meant by "quickplay". (I'm American, we don't use the term much here) I thought it meant the whole game was at a fast sudden-death time limit.

Still, I think the quickplay finish looks like the most significant category difference in your stats. I don't think I buy the idea of the black vs. d4 games in the London league explaining it, since your LL grade with black against e4 is much better than your non-LL e4 grade.

Small sample size, yes, but probably worth looking at your results from the previous couple of years and see if the pattern is there as well.

probably worth looking at your results from the previous couple of years and see if the pattern is there as well.

Funny you should mention that Ed - that's going to be the basis of next Monday's post.