This is the sort of thing I mean. 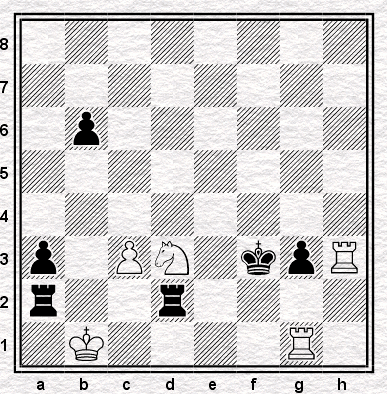 When I wrote last week about giving myself a break - a temporary one - from chess, I didn't give any games to illuminate my decision, partly because I didn't want to give the impression that any one game had particularly influenced me, still less that it might be possible to inspect any given game and make, from that inspection, some kind of diagnosis. It's not like that: the process has been a long one and its causes difficult to identify and harder to address.

Still, everybody likes to see a nice disaster, so just to be a sport, here's one of many, this one played in the sixth round of the recent Aragon Individual Championship, against a youth graded just a tad below 2000. It wasn't my first disaster of the tournament, as it happens, though it was the last, since I withdrew from the tournament immediately the game ended.

I live almost exactly 100 kilometres from Zaragoza, and to play in the championship I was driving there every day, parking in the outskirts and walking for about half-an-hour to get to the venue: then, obviously, walking back to the car and driving home each night. You can do that, for a while. But not necessarily keep doing it, not if the game starts getting to you.

Black is much better out of the opening and is doing well enough to drop a piece without giving White more than a draw. Subsequently I'm winning, I don't know, maybe four or five times - and I give it back each time.

But that's not so important. It's more important that - having passed up a lot of opportunities to draw - I'm not actually losing, or even particularly worse, at any point until (as far as I can see) move 76. And even afterwards I had a couple of chances to get my draw.

This is when playing chess becomes soul-destroying. I mean, I've only played a couple of games that lasted longer than move 76: so how many times can I have played for so long without being worse? Yet I lost this one, all the same.

There's been others, just as bad.

OK maybe you were right to give up ;-)